Help us find you

You could be one of the granddaughters and grandsons we are looking for.

You have the right to your identity. Do not live with doubts.

During the last civil-military dictatorship in Argentina (1976-1983) massive human rights violations against the civilian population were committed: arbitrary detentions, executions, forced exile, torture, rapes and sexual abuse, theft of property; attacks on civil, political and trade union liberties; censorship, persecution of all kinds. It was the cruellest dictatorship in Argentina, which implemented a systematic plan for the enforced disappearance of persons, including the  abduction of about 500 babies, girls and boys, who were separated from their families and grew up with a false identity.

The victims’ families promptly started to look for them gathering at different human rights organizations, which are an emblem today both in Argentina and around the world. In April 1977, the Mothers of Plaza de Mayo began to assemble at Plaza de Mayo square, opposite the Argentine Government House, in the city of Buenos Aires, demanding to learn the fate of their daughters and sons. Later that year, in October, many of those women, who were also looking for their disappeared granddaughters and grandsons, or whose pregnant daughters or daughers-in-law had been kidnapped, joined the search, gathered as the Grandmothers of Plaza de Mayo. The claim for their disappeared relatives was supported by many countries and International Organizations.

Ever since the restoration of democracy, on 10 December 1983, and through the different branches of Government, Argentina has gone through a long Memory, Truth and Justice process. The Grandmothers’ claim for the restitution of their granddaughters and grandsons to their biological families slowly started to receive a response from some Government bodies. After genetic science had discovered the “Grandmotherhood Index”, the possibility of proving the biological ties between a girl or a boy and their grandmother –absent their parents−, the National Bank of Genetic Data (BNDG) was created at the request of the Grandmothers of Plaza de Mayo. The BNDG stores the genetic data of all families looking for their granddaughters or grandsons. In 1992, the National Commission on the Right to Identity (CoNaDi) was created, within the purview of the Ministry of Justice and Human Rights, to foster the search for daughters and sons of disappeared persons and for those who were born while their mothers were illegally detained, with the aim of finding them and restoring their identity. The data stored in the BNDG pertains to families looking for girls and boys born between June 1974 and 1980; however, since the systematic abduction plan was implemented within a pre-existing framework of child trafficking, which included the falsification of public documents, CoNaDi also handles cases of persons born throughout the whole period of State terrorism in Argentina.

To date, 45 years after the last coup d'état, 130 cases of girls and boys who disappeared along with their parents or were born while their mothers were in captivity have already been solved. These individuals have recovered their family history, the right to their identity and, just like their relatives, the right to know the truth about what happened. The identity of about 350 persons is yet to be determined. They might be anywhere in the world and their own families, the Grandmothers of Plaza de Mayo and the Argentine State are still looking for them.

Who we are looking for

Today the granddaughters and grandsons of the Grandmothers of Plaza de Mayo are between 40 and 45 years old. They are adults who might have migrated for multiple reasons and so they might live anywhere in the world. Many of them might be mothers or fathers and, some of them, even grandparents.

Since lies about family origin are transmitted from generation to generation, the Grandmothers of Plaza de Mayo are now also looking for their great-granddaughters and great-grandsons.

Help us find you.

The Argentine Republic, through its MInistry of Foreign Affairs, International Trade and Worship, with the support of CoNaDi and the Grandmothers of Plaza de Mayo Association, is assuming this search as its own by launching this ‘Right to Identity’ International Campaign.

You have the right to your identity. Do not live with doubts.

You may contact the Embassy or Consulate closest to you.

National Commission on the Right to Identity

It is the State organization that conducts the search for girls and boys who were abducted from their detained and disappeared parents during the last civil-military dictatorship. Through its various divisions, it designs and implements public policies that protect and guarantee the Right to Identity

The Right to the Truth

Convention on the Rights of the Child 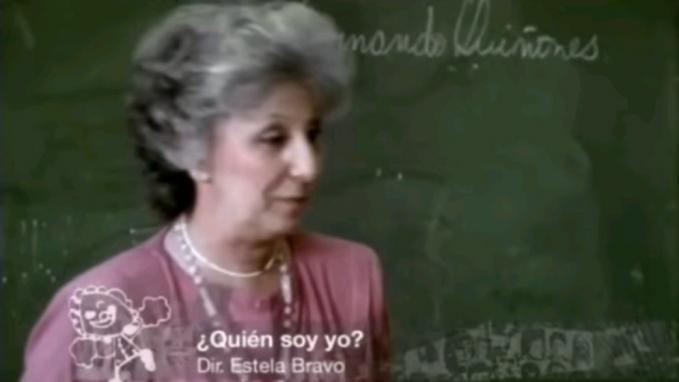 ¿Quién soy yo? (Who am I?)
A documentary film by Estela Bravo about the girls and boys who recovered their identity thanks to the efforts of the...
Back to top