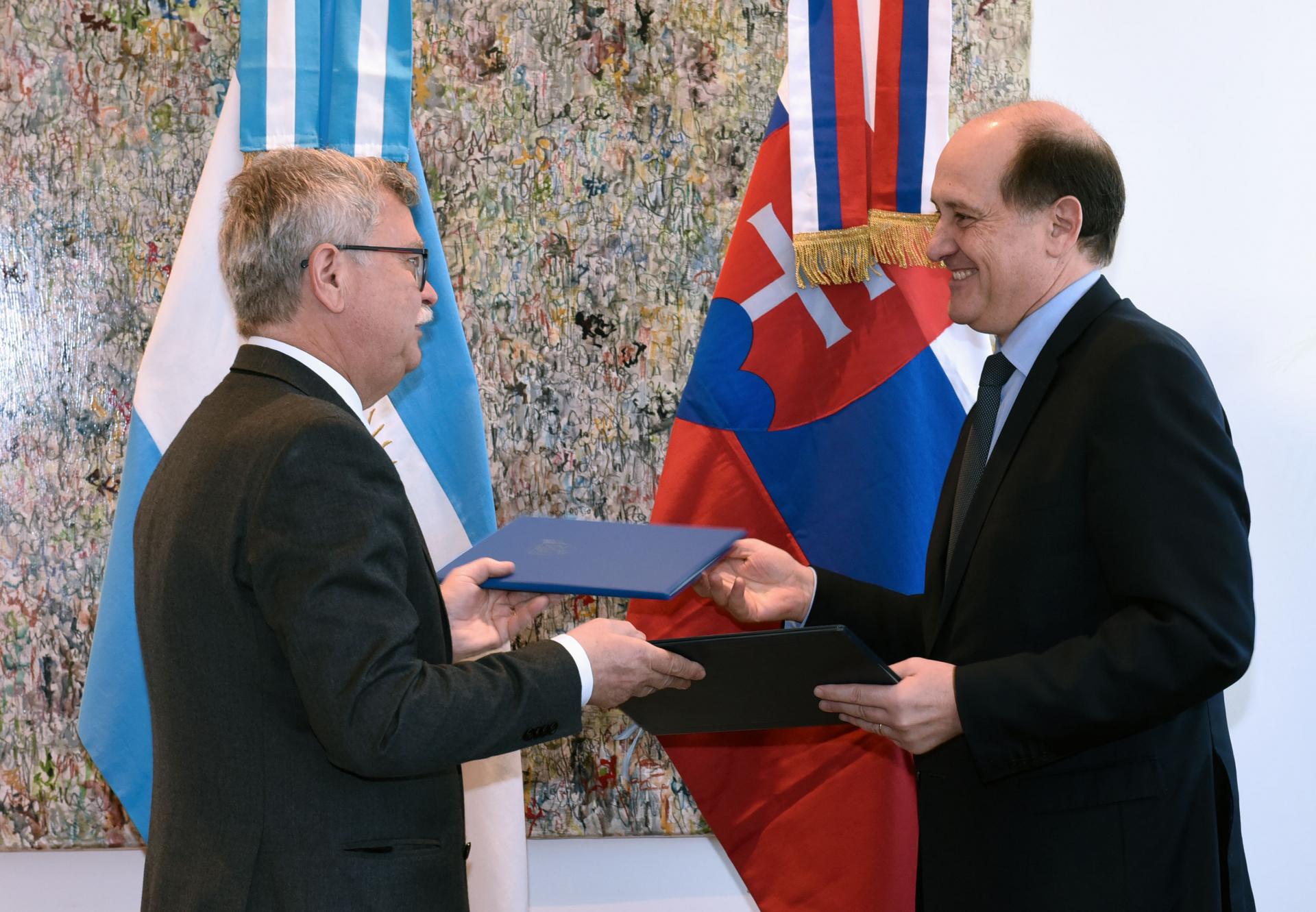 The Deputy Foreign Minister, Daniel Raimondi, and the Ambassador of Slovakia to Argentina, Branislav Hitka, today signed a Memorandum of Understanding establishing a follow-up and regular consultation mechanism on issues of interest for the two countries regarding all aspects of the bilateral relationship, as well as regional and multilateral issues of shared interest. This mechanism will help strengthen the current excellent relationship at the political, economic, trade, cultural, educational and scientific-technological levels, among others.

This Memorandum was signed within the framework of the 25th anniversary of the Argentine Republic's recognition of the Slovak Republic as an independent Nation and the establishment of bilateral diplomatic relations.

Among the highlights of these 25 years of bilateral relations is the visit by President Andrej Kiska to Argentina in 2016, when he met with the President of the Argentine Republic, as well as other meetings that have taken place since then, which have been very fruitful for the two countries.