For Argentina, as part of the international system, there are risks arising from events occurring outside its borders, such as terrorism, drug trafficking, cybercrime, human trafficking or the proliferation of weapons of mass destruction. Foreign policy is a tool to reduce those risks and threats and to guarantee the safety of the Argentine people.

Argentina is interested in making progress at bilateral, regional and multilateral level on the improvement of security for its citizens through increased cooperation in the face of these threats and the sharing of the experiences of other countries in developing suitable security tools.

In the first place, cooperation with political and security authorities from neighbouring countries is essential in order to create an adequate framework for dismantling criminal organization with local and transnational connections. Threats such as terrorism, drug trafficking, cybercrime or human trafficking require strong cooperation and coordination with authorities from the countries with which we share thousands of miles of borders.

The Argentine Republic is also fully committed to the fight against corruption, which is one of the pillars of the current administration and one of the goals of the 2030 Agenda for Sustainable Development.

At a regional and multilateral level, Argentina actively participates in forums that facilitate cooperation in these fields, prominent among them the Organization of American States and the United Nations.

One of the long-standing purposes of Argentine foreign policy has been to make progress towards a safer world, by reducing the risk of proliferation of mass destruction weapons (nuclear, chemical and biological weapons) and their vector systems (missiles), as well as of conventional weapons. This has also been reflected in clear, action-oriented policies in the field of nuclear disarmament and strengthening global, regional sub-regional and national instruments for conventional weapon control.

Argentina is a party to all international instruments that ban mass destruction weapons, and actively works to improve and strengthen non-proliferation standards. Our country is recognized as a reliable country with high technological capacity, which places us in a privileged position as a leader of initiatives to strengthen global controls on sensitive technology transfer. 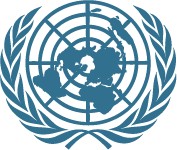 Security Council of the United Nations