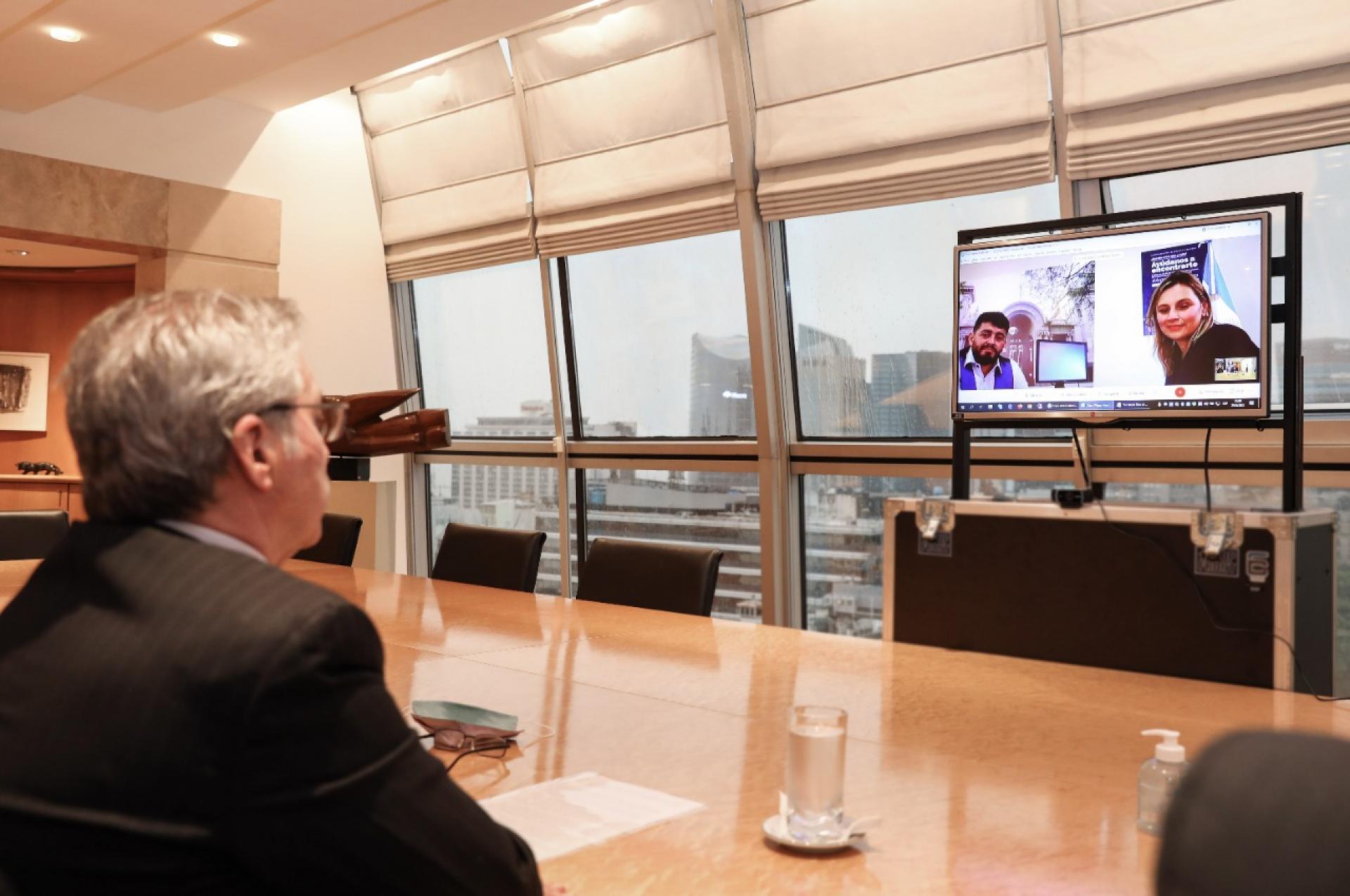 Solá stated: “First, I would like to congratulate you, Diego, on this special day. Today, pursuant to our laws on citizenship and on the National Foreign Service, you will be granted Argentine citizenship, your father’s nationality.” Born in Naples, Diego Armando Maradona (Jr), who is a sports journalist, a football trainer and a father of two, applied for Argentine citizenship, for which he is eligible because he was born to an Argentine parent.

Together with the Chief of the Private Office of the Foreign Ministry, Guillermo Justo Chaves, the Argentine Ambassador to Italy, Roberto Carlés–who was in Rome–, and the Argentine Consul General in Rome, Ana Tito, the Foreign Minister stated: “Your father, the unforgettable Diego, who brought so much joy to the Argentine people by playing for Argentina for almost 20 years, was also a figure committed to its people and to the destiny of the other Latin American countries. He was a role model, both on and off the football pitch: on the pitch, he was a magician, as any genius who never plays for himself; off the pitch, either in Argentina or in Italy, he stayed true to his roots and always identified with the most vulnerable people.”

In a touching moment, after reminding participants that the ceremony marked the four-month anniversary of the death of Maradona, the Foreign Minister stressed that: “One of the causes supported by your father was the search for the children taken from their disappeared parents during the last military dictatorship. We will never forget that, during the 2010 World Cup in South Africa, the Argentina national football team supported the candidacy of the Grandmothers of Plaza de Mayo for the Nobel Peace Prize. Your father was the head coach then. In South Africa, he hugged Estela de Carlotto and said: ‘All of the Argentine people want to know the truth.’”

“We are so glad that now you have also joined the ‘Right to Identity’ International Campaign. Your support will undoubtedly encourage the Neapolitan people and all of the Italian people who had a connection with Argentina between 1974 and 1983 and have doubts about their identity to visit our Consulates to receive the necessary information and advice. 350 granddaughters and grandsons are yet to be found, and they could be anywhere in the world. By choosing the Argentine citizenship and supporting the search conducted by the Grandmothers, you are undoubtedly paying homage to the memory of your father,” Solá stated.

By the end, the Foreign Minister stated: “As from today, Diego, you will be an Argentine citizen. As the Argentine Foreign Minister, on behalf of the Government and our people, I give you a warm welcome.” He also reminded participants that Ambassador Carlos Tomada, during the official visit to Mexico, informed him that a mural would be painted at the Azteca Stadium in honour of the football legend.

For his part, Diego Armando Maradona (Jr) thanked the Argentine authorities. “I am proud that people can value my father so much by erecting statues and painting murals so that his memory lives on.”