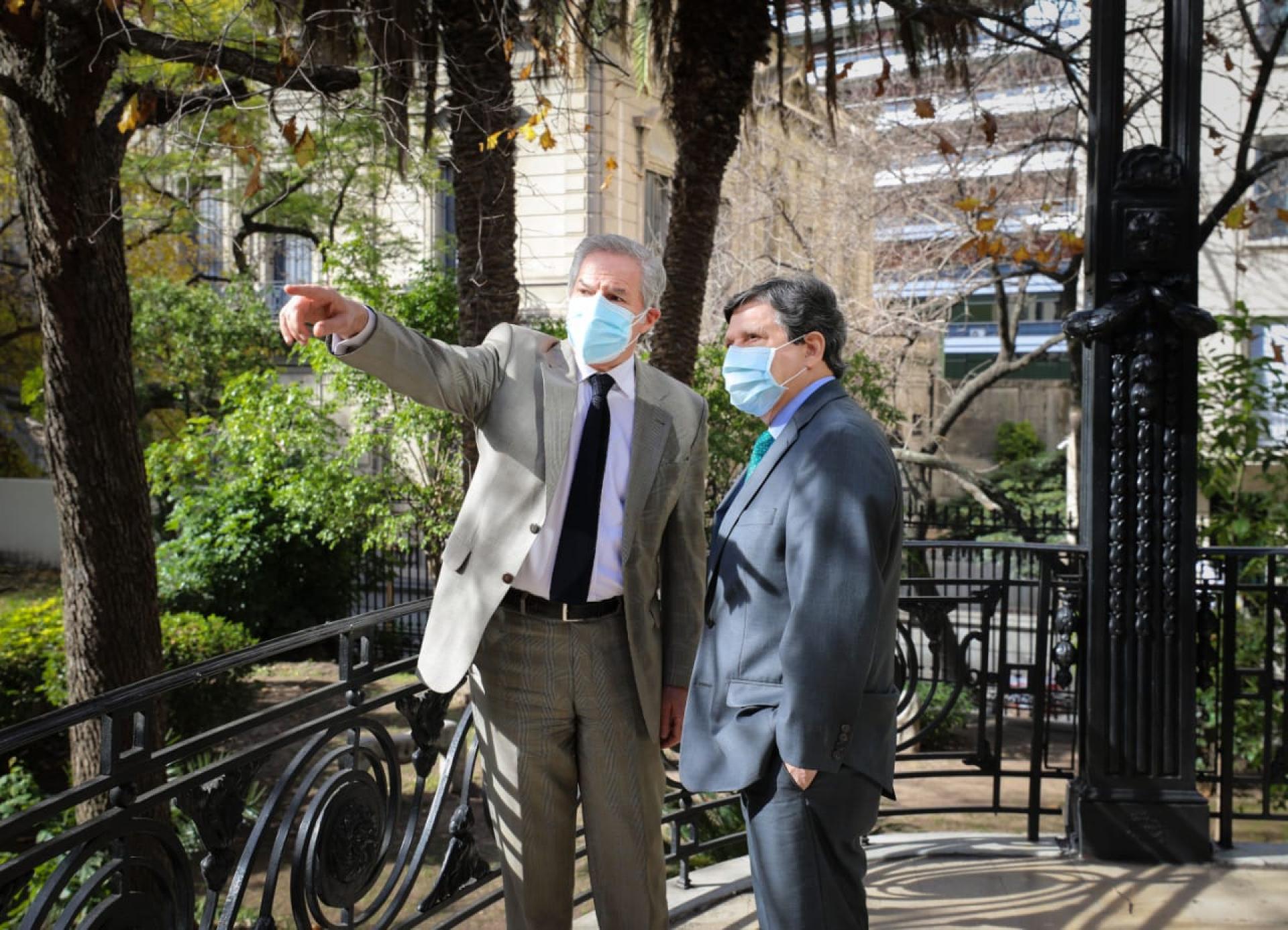 Foreign Minister Felipe Solá met with his Paraguayan counterpart, Euclides Acevedo, to disucss various items on the bilateral and regional agenda. They reviewed the different positions of the four Mercosur member states on foreign affairs and the revision of the Common External Tariff (CET), which were discussed during the last Extraordinary Meeting of the Common Market Council on 26 April, and which will be discussed again in the next Foreign Ministers’ meeting.

Argentina, during its Presidency Pro Tempore of the bloc, seeks to reach the greatest consensus possible for a reduction of the CET, so as to preserve the integration process and avoid the pandemic’s critical impact on our economies. With regard to the liberalization proposals, both ministers agreed on the importance of respecting the terms of the Treaty of Asunción in connection with the rules of joint consensus and initiation of foreign negotiations with countries and regions.

Solá and Acevedo also talked about the development of Covid-19 vaccination plans in their countries, and they agreed on the need to regard vaccines as universal public goods, and to guarantee their equitable production and distribution.

In addition, the Foreign Minister thanked for the longstanding and valuable support of Paraguay in relation to Argentina’s sovereignty claim in the Malvinas Question and for Paraguay’s constant support in all common multilateral fora. The Argentine Republic especially appreciates Paraguay’s participation as observer and its willingness to participate on behalf of Mercosur Member and Associate States in the next session of the UN Special Committee on Decolonization, to be held on 24 June.

During the meeting, Solá was accompanied by the Secretary of Foreign Affairs, Pablo Tettamanti, the Secretary for International Economic Relations, Jorge Neme, and the Chief of the Private Office of the Foreign Ministry, Guillermo Justo Chaves; and Foreign Minister Acevedo was joined by the Vice Minister of Foreign Affairs and Integration, Raúl Cano, the General Director of Bilateral Policy, Marcelo Scappini, and the Chargé d'affaires, Juan Antonio Aranda Cuevas.