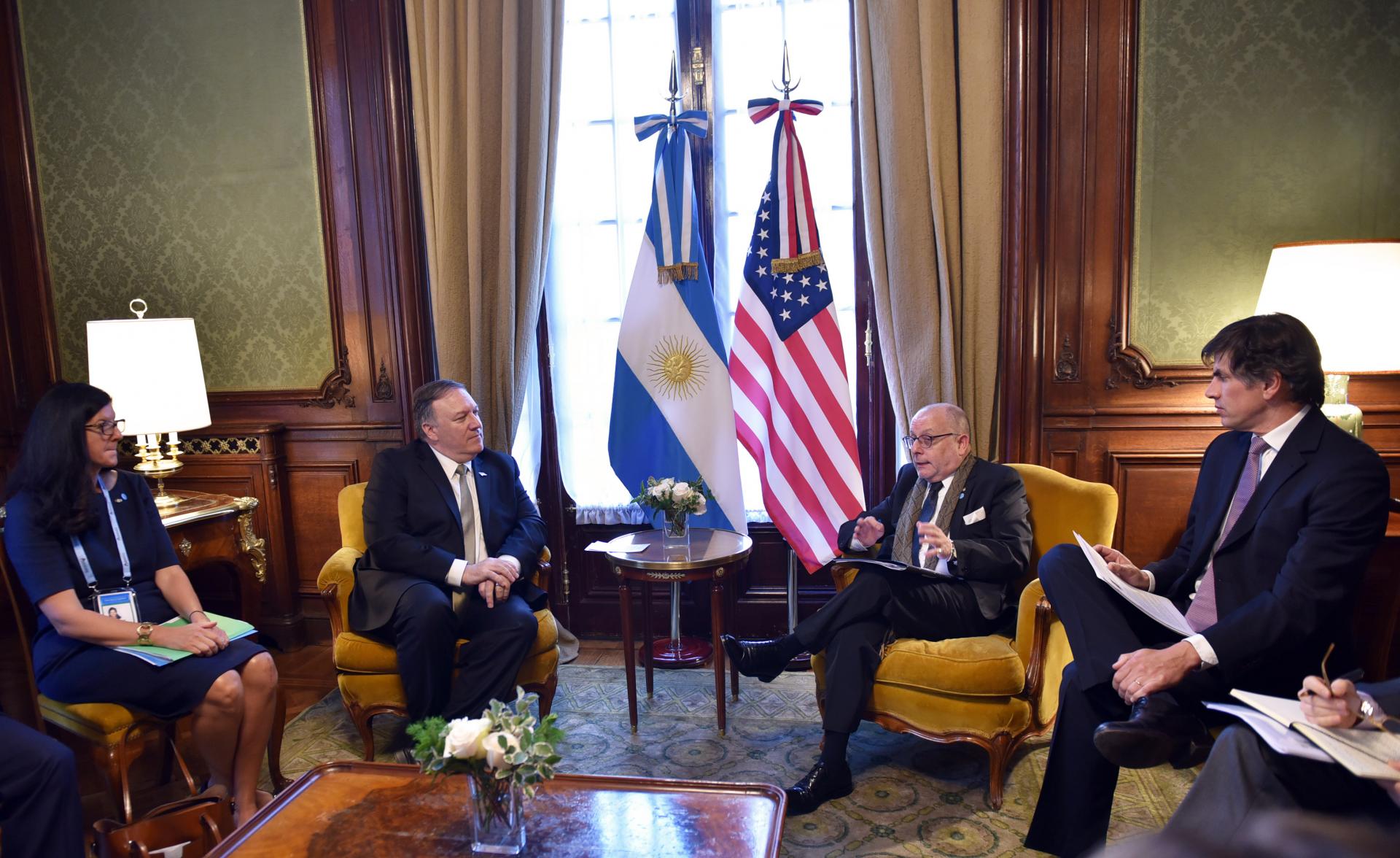 He previously attended a ceremony held at the Argentine Israelite Mutual Association (AMIA) on the occasion of the 25th anniversary of the attack on the institution, and will later meet with President Macri.

Foreign Minister Faurie reaffirmed that Argentina strongly condemns all terrorist acts and thanked the United States for its cooperation in the fight against this scourge and against drug trafficking.

Faurie and Pompeo assessed the progress made in other matters of shared interest to strengthen the diversified agenda between the countries and announced the establishment of a High-Level Strategic Dialogue with periodic meetings to review the bilateral relationship and explore ways of expanding it.

In particular, Foreign Minister Faurie stated that Argentina and the United States will continue to work jointly to strengthen the bilateral trade relationship, increase and diversify trade exchanges and promote investment in infrastructure and energy.

Furthermore, global and regional matters of shared interest were addressed, condemning Maduro's dictatorship and expressing support for Interim President Juan Guaidó in his efforts to restore democracy in Venezuela.