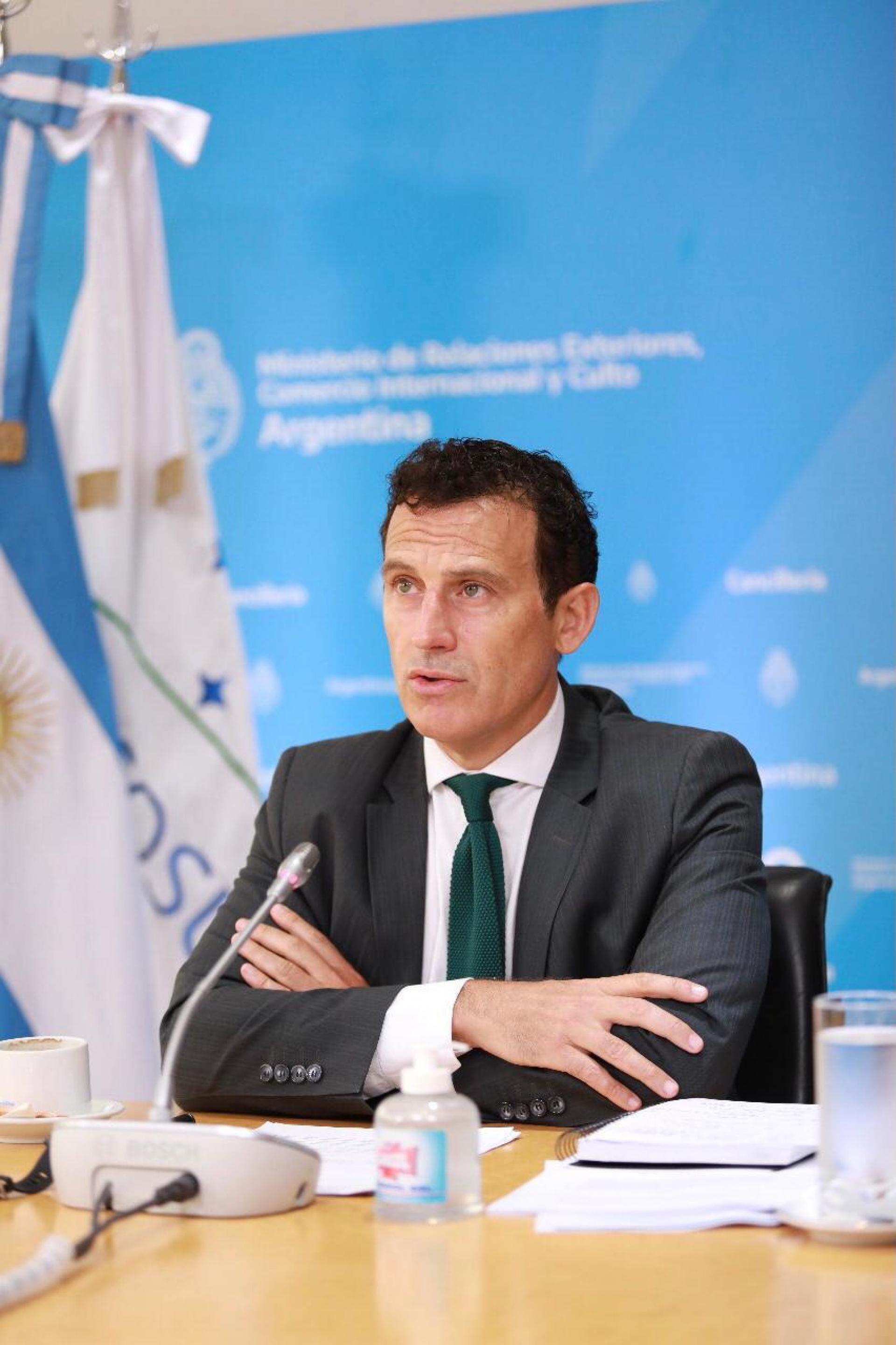 Guillermo Justo Chaves: “Politics is the solution to the climate and health crises”

On International Mother Earth Day, the Chief of the Private Office of the Ministry of Foreign Affairs of Argentina, Guillermo Justo Chaves, attended a local forum organized by the Ministry of Environment and Sustainable Development on the entry into force of the Regional Agreement on Access to Information, Public Participation and Justice in Environmental Matters in Latin America and the Caribbean, better known as Escazú Agreement.

On the same day President Alberto Fernández, having been invited by his U.S. counterpart Joe Biden, attended the Leaders Summit on Climate, Chaves highlighted Argentina’s commitment to fight the climate crisis, which he linked to the current health, economic and food crises. “These are closely related crises, and we will not find any solutions if we evaluate them separately,” he stated.

“The Escazú Agreement is groundbreaking from its inception, because we are negotiating very active and significant participation by civil society, apart from the negotiation between States. It serves to democratise this matter, taking it from the governments and experts to civil society,” he stated, highlighting “international cooperation as one of the pillars of this agreement.”

“The climate crisis requires tools for its solution, which are included within the Escazú Agreement, and, certainly, in the political response of governments, which have to become aware of the climate disaster we are experiencing,” Chaves stated during the virtual meeting, adding that “if we, as governments, do not tackle the underlying causes of these problems, it will be hard for us to find any solutions.”

He mentioned the “climate debt owed by rich countries to middle- and low-income countries,” and stated that “we need comprehensive responses from world leaders. The common cause is the obscene, unequal, and overwhelming concentration of wealth, which is the result of a certain type of capitalism. This concentration is the cause of the climate crisis, inequality, poverty and unequal development issues among countries. And today, in particular, it is creating serious problems to overcome the pandemic, because this concentration translates into such problems as the distribution of vaccines.”

The Escazú Agreement, signed within the framework of the Economic Commission for Latin America and the Caribbean (ECLAC), entered into force on 22 April, following the deposit by Argentina and Mexico of their ratification instruments on 22 January. This is the only binding agreement arising out of the United Nations Conference on Sustainable Development (Rio+20), and the first regional environmental agreement of Latin America and the Caribbean.