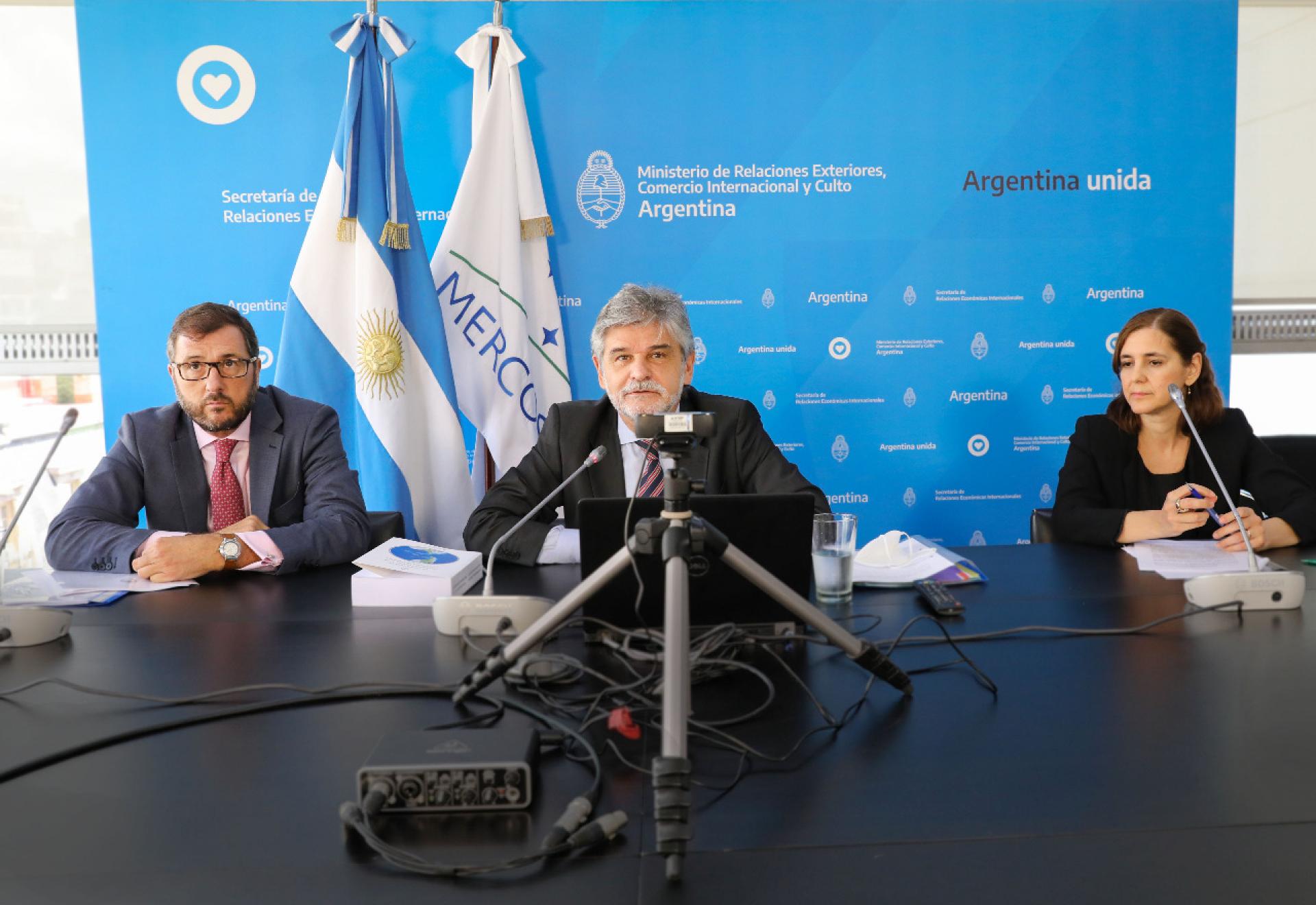 Malvinas: Bureau of UN Committee on Decolonization reaffirmed support for resumption of negotiations between Argentina and United Kingdom

Today, during a meeting with the Secretary for the Malvinas, Antarctica and South Atlantic of the Argentine Foreign Ministry, Daniel Filmus, the members of the Bureau of the United Nations Special Committee on Decolonization (C24) unanimously reiterated their support for the resumption of negotiations between Argentina and the United Kingdom with a view to finding a peaceful solution to the sovereignty dispute over the Malvinas Islands.

C24 is the main United Nations organ on decolonization, and its Bureau is composed of representatives of Grenada (Chair), Cuba, Indonesia and Sierra Leone (Vice-chairs), and Syria (Rapporteur).
Following the address by Secretary Filmus, the members of the Bureau of the Committee on Decolonization also reaffirmed their support for the Good Offices mission entrusted to the United Nations Secretary General through Resolution 37/9 of 1982, aimed at resuming negotiations with the United Kingdom in order to put an end to the dispute. They also acknowledged Argentina’s positive attitude and its continuous cooperation with the Special Committee, as reflected once more during today’s meeting via video-conference.

Speaking for the Argentine Government, Filmus reaffirmed the legitimate rights of Argentina over the Malvinas, South Georgias and South Sandwich Islands and the surrounding maritime areas and called on the United Kingdom to resume negotiations in order to find a peaceful solution to the sovereignty dispute.

He also stated that Argentina finds it inadmissible that the United Kingdom should insist on refusing to recognize the call for bilateral negotiations issued by the General Assembly more than 55 years ago through Resolution 2065 (XX), which was reaffirmed by nine other resolutions of that body and by thirty-seven resolutions of the Committee on Decolonization.

For her part, the Chair of the Committee recalled the resolution adopted by the Committee of the 24 in August 2020 and stated that the organ will continue to support the efforts towards the resumption of negotiations.
The representative of Cuba reiterated his support for Argentina’s sovereignty rights regarding the Question of the Malvinas and highlighted Argentina’s permanent constructive position, as opposed to the UK’s lack of response. The Syrian delegation also supported the full restoration of Argentina’s sovereignty over all territories and maritime areas usurped by the United Kingdom, and the need to put an end to the colonial situation in the South Atlantic.

The representatives of Sierra Leone and Indonesia stressed the importance of the calls for Argentine-British negotiations in order to solve the sovereignty dispute, and expressed their support for the efforts of the Committee on Decolonization to that end and for the good offices mission of the UN Secretary General.

The participants also reaffirmed their commitment towards finding a peaceful solution to the sovereignty dispute regarding the Question of the Malvinas and their support for the resumption of negotiations, as requested by the General Assembly more than half a century ago in Resolution 2065. The role that the Special Committee on Decolonization can play to bring the parties to the negotiating table was also highlighted.
In his statement before the members of the Bureau, Filmus stressed the importance of the declarations of the Special Committee on Decolonization and the Good Offices mission entrusted to the UN Secretary General.

The Secretary also reaffirmed Argentina’s support for the work of the Committee and stated that the Question of the Malvinas is a State policy that transcends political party lines. In that regard, he highlighted that the National Congress unanimously adopted a law creating the National Council for Affairs Relative to the Malvinas, South Georgias, and South Sandwich Islands and the surrounding maritime areas, which is headed by the Argentine President and comprises representatives of the main political forces, academics and scientists, and Malvinas veterans.

Filmus went on to provide information on the main developments with regard to the Question of the Malvinas that took place last year, and particularly since the meeting with the Bureau of the Committee held at the beginning of 2020, and underscored that Argentina had proved at a bilateral, regional and multilateral level its willingness to resume negotiations and to heed the call of the international community. The United Kingdom, for its part, continued to reject the resumption of negotiations and insisted on acting unilaterally in the South Atlantic, which contravenes Resolution 31/49 of the General Assembly.

Filmus’ participation in the meeting, and the message addressed to the United Nations organ that promotes decolonization, are a clear indication of the priority attached by the Argentine Government to the defence of sovereignty rights over the Malvinas, South Georgias and South Sandwich Islands and the surrounding maritime areas.