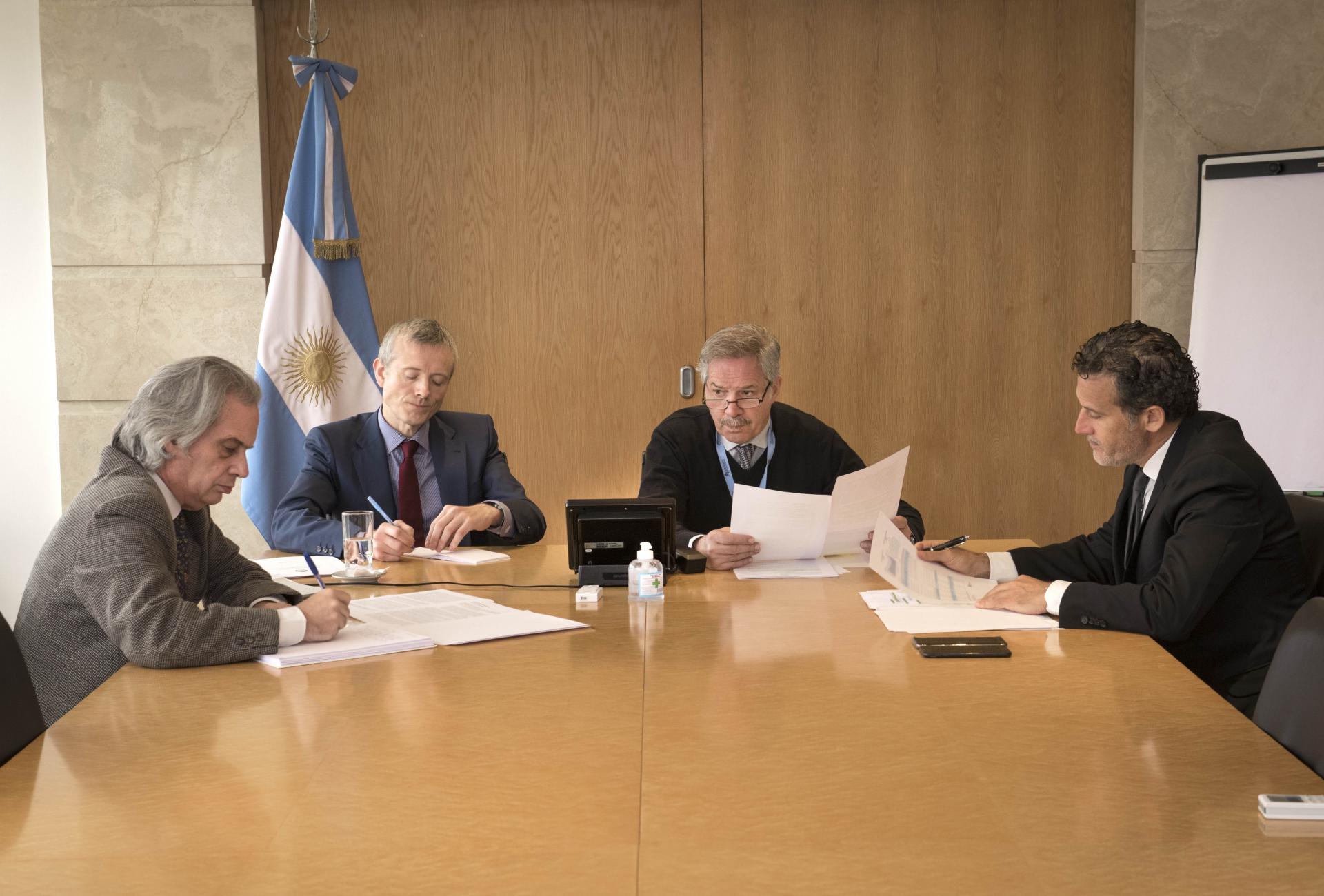 Foreign Minister Felipe Solá had several conference calls this week with representatives of the governments of Australia, Ireland and Armenia, during which they discussed─among other topics─the effects of COVID-19 on the international economy, vaccine development, and the position of the European Union on the Malvinas Islands following Brexit.

Regarding the pandemic, the Minister spoke on Wednesday with his Australian counterpart, Marise Payne, about the importance of strengthening the role of the WHO (World Health Organization), noting that “Argentina believes that all innovative solutions to tackle the COVID-19 outbreak should be a public good to which all countries can gain access.”

“We insist on the idea that technological innovation regarding COVID-19─vaccines, new treatments, and others─should not be driven by the desire to make a profit,” the Minister remarked, joined in the meeting by the Deputy Foreign Minister, Pablo Tettamanti, and the Chief of the Private Office of the Foreign Ministry, Guillermo Justo Chaves.

On Thursday, Solá held a telephone conversation with the Deputy Primer Minister and Minister of Foreign Affairs of Ireland, Simon Coveney. Solá thanked the Irish authorities for the assistance provided at the funeral of Laura Bernal, the Argentine Ambassador to Ireland. They also discussed Argentina’s position on the Malvinas Islands following the United Kingdom’s exit from the European Union.

Solá stated: “Argentina wishes to communicate its concern for the potential consequences that the agreement with the European Union ─which addresses the future relation between the EU and the UK─ could have as regards the Argentine territories of the Malvinas, South Georgias and South Sandwich Islands, which remain under a sovereignty dispute with the United Kingdom.

He further stressed that: “Argentina would appreciate Ireland’s support in order for the European bloc, in the context of the trade agreement signed with MERCOSUR, to refrain from including the Malvinas Islands in the negotiations being carried out with the UK as a consequence of their withdrawal from the EU, so that the future relation between the EU and the UK will neither apply to nor have an effect on the islands.”

Finally, Solá spoke with the Armenian Foreign Minister, Zohrab Mnatsakanyan, with whom he shared experiences on the approach to the COVID-19 pandemic, and they exchanged information on the state of the bilateral relation, Argentine investments in Armenia, and the celebration of the 10th anniversary of the opening of the Argentine Embassy in Yerevan.