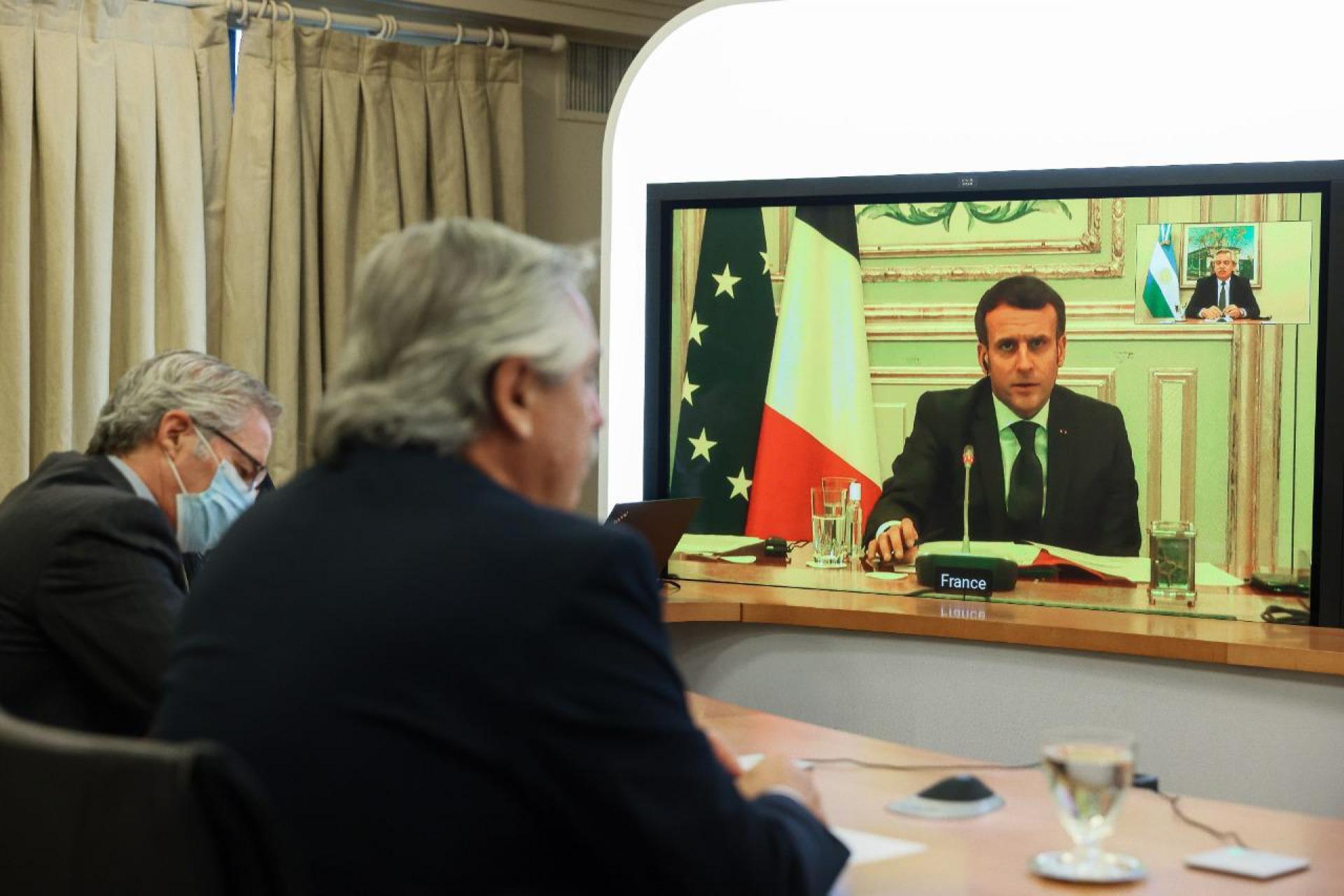 At noon, from the Presidential Residence in Olivos, President Alberto Fernández held a video conference with his French counterpart, Emmanuel Macron, who pledged his support for Argentina’s debt renegotiation with the International Monetary Fund (IMF).

During the conversation, which lasted more than 50 minutes, Fernández and Macron discussed the epidemiological situation in their countries, the restrictions to control the spread of COVID-19, the new variants of the virus and the vaccination process.

The presidents agreed on the need to increase production of vaccines as a universal good without intellectual property, in order to guarantee access for developing countries.

On the other hand, the French President pledged his support for Argentina’s debt renegotiation with the IMF. Fernández told Macron that the support of France was “very important” to reach an agreement with private creditors, and stressed the need to “revise the current rules so that agreements can be more flexible.”

Macron also congratulated Fernández for the recent passage of the Voluntary Termination of Pregnancy Law (IVE). “I want to congratulate you because we attach great importance to this," stated the French President, who extended an invitation for Fernández to attend the Generation Equality Forum, due to take place in Paris mid-year, with a view to working together to guarantee women’s rights in the world.

The two leaders also talked about working on a common position in the G20 regarding the debt problem of countries and to achieve a more equitable production and distribution of vaccines.

The President was joined during the video conference by the Minister of Foreign Affairs, International Trade and Worship, Felipe Solá, and the Secretary for Strategic Affairs, Gustavo Béliz.