Today, the Inter-American Commission on Human Rights (IACHR) urged the United States to fulfil the recommendations made in regards to the human rights of the Argentine citizen sentenced to the death penalty in Texas 22 years ago, Víctor Hugo Saldaño, including that his sentence be commuted and that he be transferred out of death row.

The IACHR asked the United States to comply with its international human rights obligations and to take into account the fact that the U.S. Supreme Court is yet to rule on the last petition capable of stopping the execution of Saldaño.

The statement issued today in Washington reveals that the IACHR is awaiting the results of the presentation of Saldaño's defence before the U.S. Supreme Court, as it offers a great opportunity to comply with the recommendations of the Merits Report No. 24/17 of the Commission, which report concludes the United States is responsible for violating Victor Saldaño's right to life, liberty and security, integrity, equality before the law, a fair trial, protection against arbitrary arrest, and due process.

The IACHR conducted a hearing today on the Saldaño case, in the context of its 174th Extraordinary Period of Sessions held in Quito, Ecuador, which was attended by representatives of the Department of State, Víctor Saldaño's attorney, and representatives of the Argentine Republic as observers. Argentina is taking part in the international proceeding before the IACHR and the internal process before the U.S. Supreme Court in the role of "amicus curiae", in defence of Saldaño's life, in the context of the various actions undertaken by our country for over 20 years to defend the life of the Argentine citizen, which are in line with Argentina's position against the death penalty.

In addition, the IACHR today urged the United States to fully comply with its international human rights obligations, and stated that the country is obligated to comply with the international obligations established in the OAS Charter and the American Declaration of the Rights and Duties of Man.

Monday 16 de December de 2019
Extradition of Mario Sandoval
Today, the transfer of Mario Sandoval to our country was confirmed, within the framework of the extradition request...
Thursday 17 de October de 2019
Argentina condemns the election of Maduro representatives to the UN Human Rights Council
The Argentine Government condemns the election of representatives of Maduro's regime to the UN Human Rights Council for...
Thursday 12 de September de 2019
OPIC to fund investment projects in Argentine energy sector
Yesterday, the Board of Directors of OPIC (Overseas Private Investment Corporation), a U.S. government agency, approved... 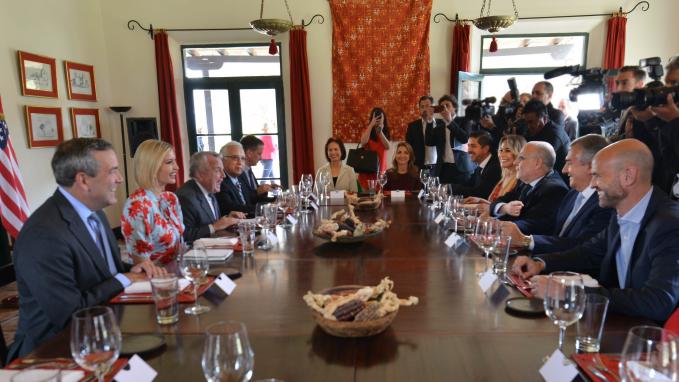