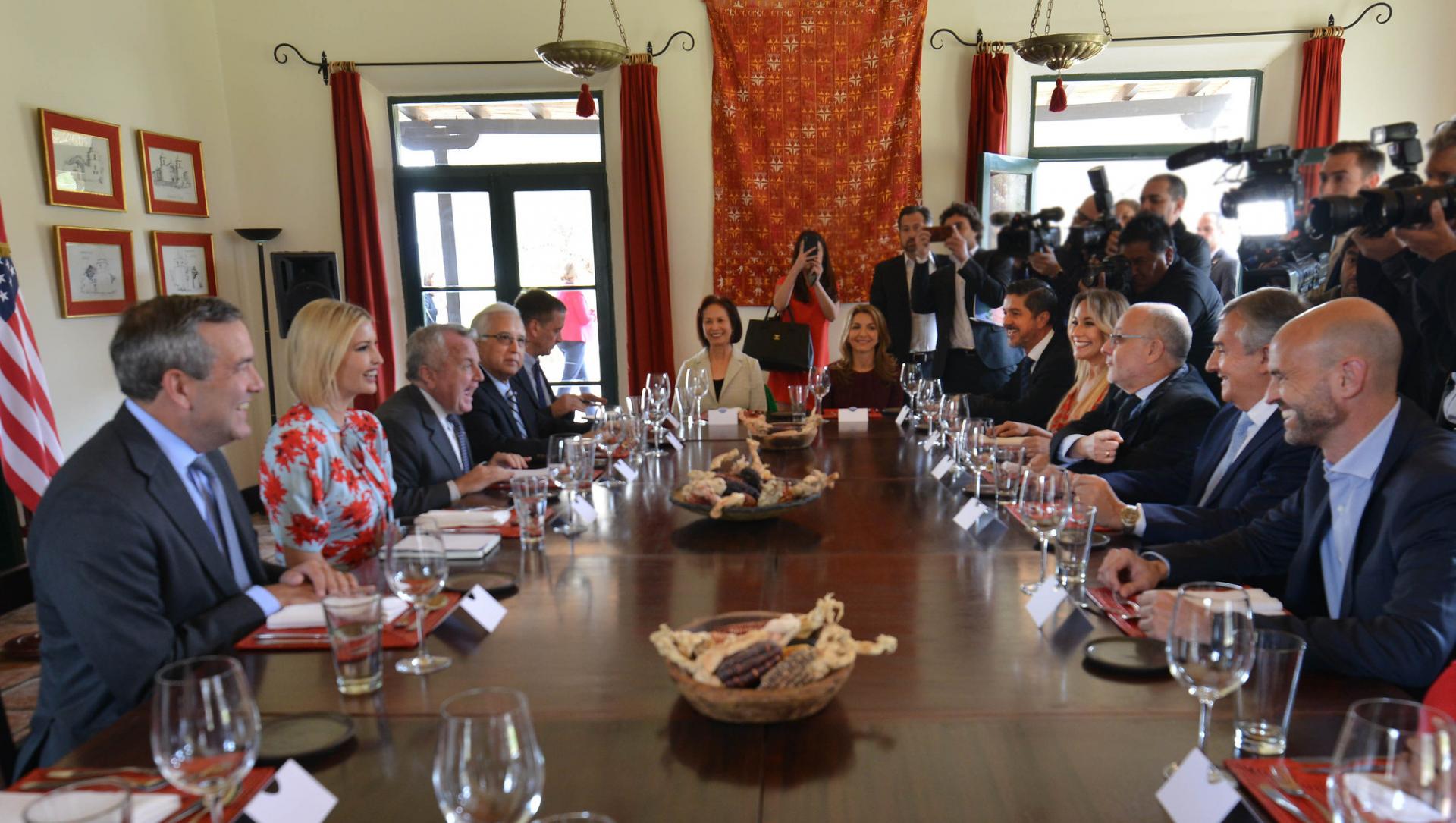 Visit to Argentina by Ivanka Trump, advisor to the US President.

Within this context, an investment agreement for USD 400 million between OPIC (a US investment institution) and Argentina was signed, which aims at expanding Road Corridor C, comprised of National Routes 7 and 33, which have great strategic importance.

Foreign Minister Faurie and the Governor of the Province of Jujuy, Gerardo Morales, attended a working meeting with the US delegation led by Ivanka Trump, the Advisor to the President of the United States, who arrived in the city of San Salvador de Jujuy last night.

Ivanka Trump's visit is part of the regional promotion of the Women's Global Development and Prosperity Initiative, a US government program aimed at promoting women's economic empowerment around the world. Her delegation consisted of the Deputy Secretary of State, John Sullivan; the Acting Chief Executive Officer of the Overseas Private Investment Corporation (OPIC), David Bohigian; the Assistant Secretary of State Bureau of Western Hemisphere Affairs, Julie Chung; and the Administrator of the United States Agency for International Development (USAID), Mark Green, among others.

At the working meeting, the delegations discussed the importance of women's economic empowerment -due to its inherent value as a tool to achieve a more egalitarian society, and its social and economic contribution to the community- and the efforts that both countries are undertaking towards that goal. Ivanka Trump visited the local headquarters of the NGO Pro Mujer and some enterprises supported by that organization in the Province of Jujuy.

Faurie underscored "the special moment that the bilateral relationship between Argentina and the United States is going through and the importance of the strong commitment" that such bond entails. "The international community acknowledges women's role. The Pro Mujer program in Jujuy is an example of how women can produce goods and enrich their communities. And this is an opportunity to show the world what our country is doing about it," he added.

Ivanka Trump, in turn, stated that the US Government will continue offering opportunities to women for them to foster their projects and ideas, and highlighted the need to continue making progress towards the empowerment of women, while underscoring the potential of the province of Jujuy and the region.

In the afternoon, Faurie and Sullivan held a meeting in which they made progress on important issues on the comprehensive bilateral agenda, especially with regard to the need to continue expanding reciprocal trade and economic opportunities in favour of both peoples. They also addressed issues such as citizen security, the fight against drug trafficking and the joint work being undertaken by the United States and Argentina in that regard.

At the regional level, both parties expressed their deep concern over the severe humanitarian, political and economic crisis affecting Venezuela and they ratified their support for Interim President Guaidó in his efforts to restore democracy in his country.

In the context of the visit by Ivanka Trump and her delegation, the Overseas Private Investment Corporation (OPIC) -the independent U.S. government financing agency- approved an investment of USD 400 million aimed at improving traffic conditions and expanding Road Corridor C, an essential trade route for Argentine economy.

The announcement was made today in Jujuy and was attended by Foreign Minister Jorge Faurie; the Minister of Transport, Guillermo Dietrich; Governor Gerardo Morales and the Acting Chief Executive Officer of the Overseas Private Investment Corporation (OPIC), David Bohigian.

OPIC will contribute to the financing of the repair and expansion of Road Corridor C. This corridor, comprised of National Routes 7 and 33, which connect the provinces of Buenos Aires, Santa Fe, Córdoba and Mendoza, was opened for bids in 2016 as a PPP with the aim of improving regional connectivity and facilitating trade.

The most important cities along this corridor on National Route 7 include San Andrés de Giles, Junín, Chacabuco, Rufino, Laboulaye, La Paz and Lujan de Cuyo. It is one of the highest-traffic roads in Argentina, and there is a considerable flow of international freight transport vehicles for the movement of goods between Argentina and Chile through the “Cristo Redentor” tunnel of the Paso Internacional Los Libertadores, generating a Bi-oceanic Corridor.

It is worth recalling that on 28 November 2018, during President Donald Trump's visit to Argentina for the G20 Summit, a ceremony was held at the Palacio San Martín, attended by Foreign Minister Jorge Faurie, the Ministry of Transport Guillermo Dietrich and other high national authorities, at which the president of OPIC, Ray Washburne, signed six Letters of Intent. OPIC thereby expressed its decision to conduct assessment processes to provide funds for investment projects in the infrastructure, energy and logistic sectors, which have an estimated total value of more than USD 3 billion. 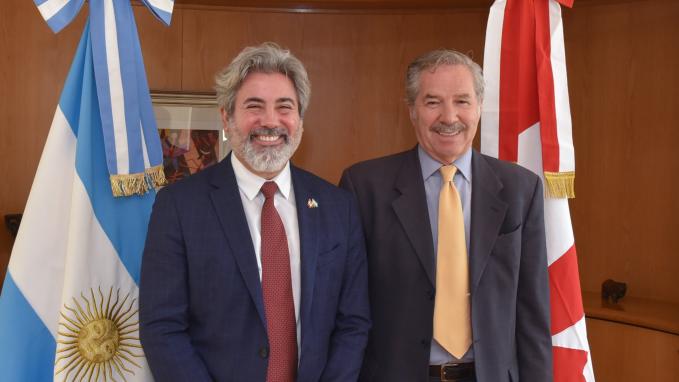 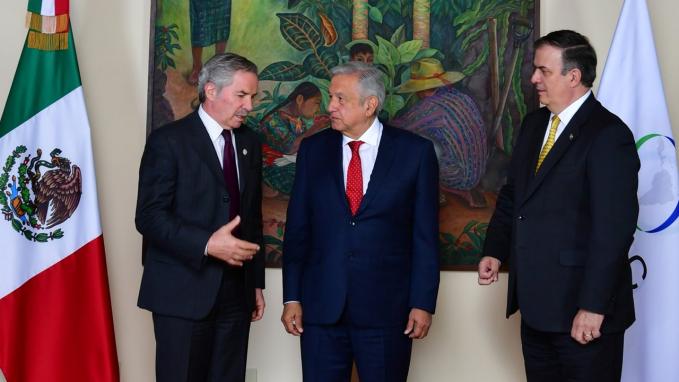 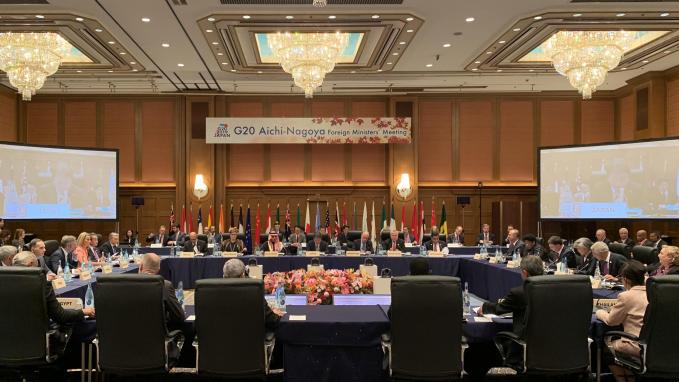 Saturday 23 de November de 2019
Faurie thanked the international community for its support during Macri's Government
"At this meeting in Nagoya, Argentina leaves the troika and I personally end my role as Minister of Foreign Affairs...
Back to top