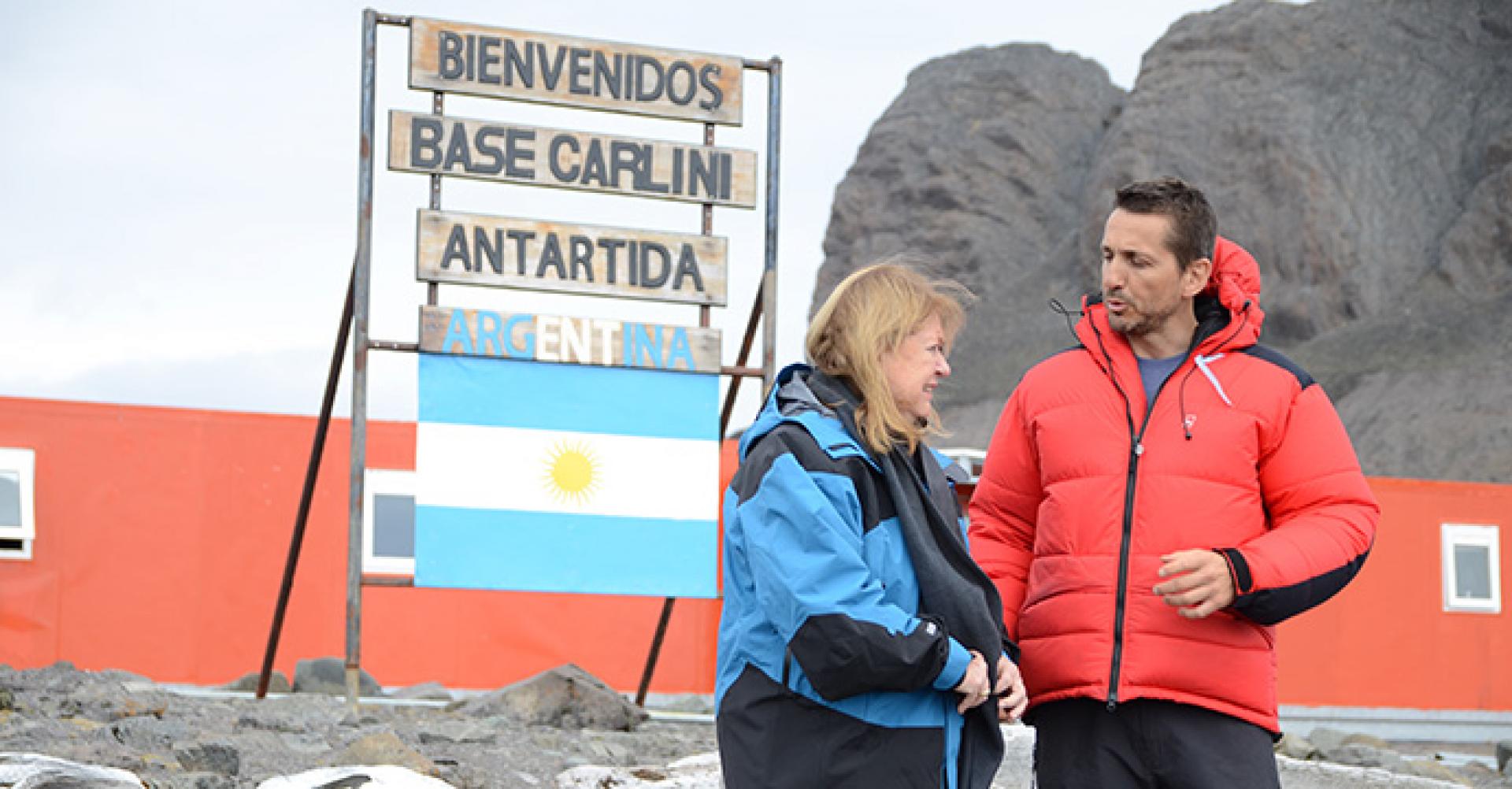 Argentina has launched its 2016-2017 Antarctic Summer Campaign, during which the Argentine Antarctic Institute will conduct its most intense scientific activities. The Argentine Antarctic Programme, one of the world's most active and prominent ones, exemplifies a State policy that has remained unaltered for more than a century.

On 9 January 2017, the Palacio San Martin, seat of the Argentine Ministry of Foreign Affairs, was the venue for the Inauguration Ceremony of the 2016-2017 Antarctic Summer Campaign. During the event, Foreign Minister Malcorra recalled Argentina's pioneering history in Antarctica and the country's leading role in the negotiation and execution of the 1959 Antarctic Treaty. In addition, Minister Malcorra highlighted the current work of government officials, scientists and members of the Armed Forces that are part of the Argentine Antarctic Programme —one of the world's most active and important ones— as an example of a true State policy that has remained unaltered for more than a century.

This station is Argentina's most prominent scientific hub in Antarctica. Most of the scientific research activities under the Argentine Antarctic Programme are carried out at this station because it is located in one of the most diverse marine ecosystems, which is ideal for the purpose of studying Antarctic species and the effects of climate change on biodiversity. It should be noted that Dallmann Laboratory, which opened in 1994, operates at the Carlini Station and is jointly managed by the Argentine Antarctic Institute and Germany's Alfred Wegener Institute (AWI).

Argentina actually manages thirteen stations in Antarctica, six of which are permanent, and the rest temporary (only operative in summer). Although permanent stations have staff working there all year round, during the Summer Antarctic Campaign (December through March) scientific and logistic activities are more intense. Given the special conditions of the region, the Summer Campaign is used to provide stations with food, equipment and supplies, change personnel, and open temporary stations, which carry out scientific activities and occasionally receive tourists.

Argentine scientific activities in Antarctica are carried out by the Argentine Antarctic Institute (IAA), which reports to the Argentine Foreign Ministry since 2003. IAA researchers develop scientific projects in partnership with national and foreign universities, as well as with the Antarctic programmes of other countries. The IAA was founded in 1951 and is the world's oldest research body in the field. Thanks to its work, Argentina is among the dozen countries that have made the largest scientific contributions in Antarctica.

The launch of a new Antarctic Campaign and Foreign Minister Malcorra's visit to the sixth continent demonstrate the importance attached by the Argentine Republic to Antarctica as a field for international cooperation and an ideal platform for the development of science and environmental protection.