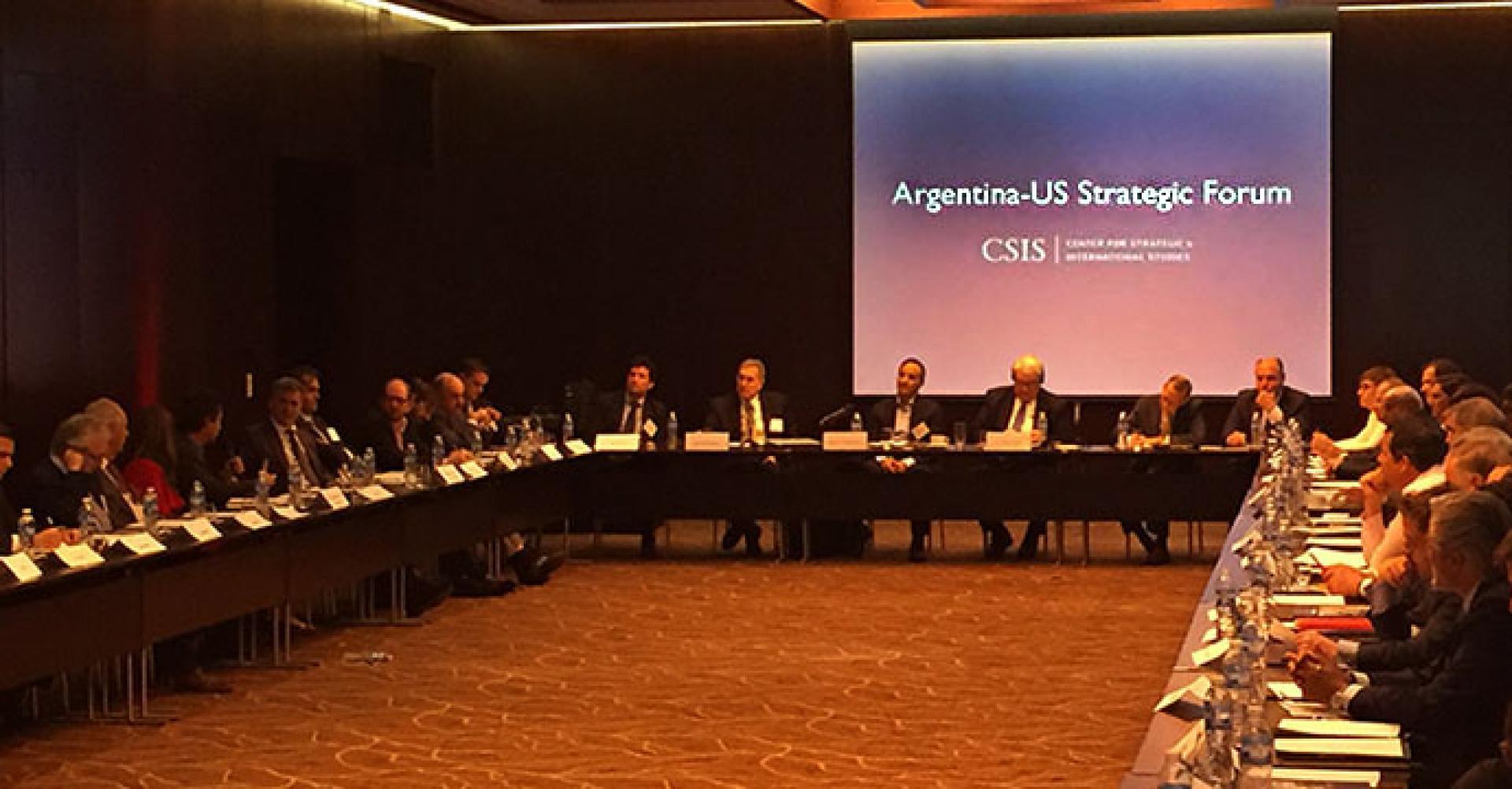 Distinguished representatives from the business, academic and public sectors of both countries participated in the launch of this Forum to help strengthen the bilateral relationship by taking stock of the present, thinking for the future and proposing new initiatives.

Last February, the “Argentina-United States Strategic Forum” was launched in Buenos Aires, with the prime objective of proposing new initiatives to strengthen bilateral relations between both countries.

The Forum notably includes renowned figures from the business, academic and public sectors. The participation of representatives from these three sectors will create synergies and produce new and specific ideas to strengthen and diversify the bilateral relationship. In this regard, it is worth highlighting the participation of the Center for Strategic and International Studies (CSIS), a prestigious American think tank that has a long-standing and prominent relationship with Argentina and which will certainly play a key role in the work of the Forum.

In addition to John Hamre, CEO of CSIS and Chairman of the Forum, the following personalities participated in the event, among others: businessman Marcos Bulgheroni, Co-chairman of the Forum; the Deputy Foreign Minister, Ambassador Pedro Villagra Delgado; the Secretary of Commerce of the Argentine Republic, Miguel Braun; the Undersecretary of Treasury, Marcelo Scaglione; the Executive Director of the National Institute of Technological Education, Gabriel Sanchez Zinny; the Chargé d’Affaires of the United States, Tom Cooney; the President of the Argentine Council on International Relations, Adalberto Rodríguez Giavarini, and the President of the United States Chamber of Commerce in Argentina, Alejandro Díaz.

In order to reach its goals, the Forum has set up six working teams to analyze issues of strategic interest to Argentina: Trade and Trade Facilitation, OECD/G-20, Energy, Education and Information Technology, Agriculture, and Health.

There was general agreement among the participants that, after several years of tension, the bilateral relationship is currently in an excellent state, as shown by the recent talks between the Presidents of both countries and the meeting between Foreign Minister Susana Malcorra and Secretary of State Rex Tillerson in Germany last February, in the context of the G-20 Foreign Ministers Meeting. In this regard, Hamre stated during his address that the US and Argentina need each other and explained that it is necessary to create further infrastructure to maintain the bilateral relationship, and that the Forum could prove highly useful to enhance it.

For his part, the Deputy Foreign Minister, Ambassador Pedro Villagra Degado, stressed the importance of such an organization, which includes representatives from the three sectors mentioned and is dedicated to planning for the long-term bilateral relationship by promoting new initiatives. He also underscored that Argentina, intent on having strong international relations with the whole world, currently maintains an excellent relationship with the U.S. and is working on a broad bilateral agenda with that country.

Finally, Villagra Delgado mentioned that, without a doubt, the Forum launch comes at a very good time, given that it coincides with a change of administration in the United States.