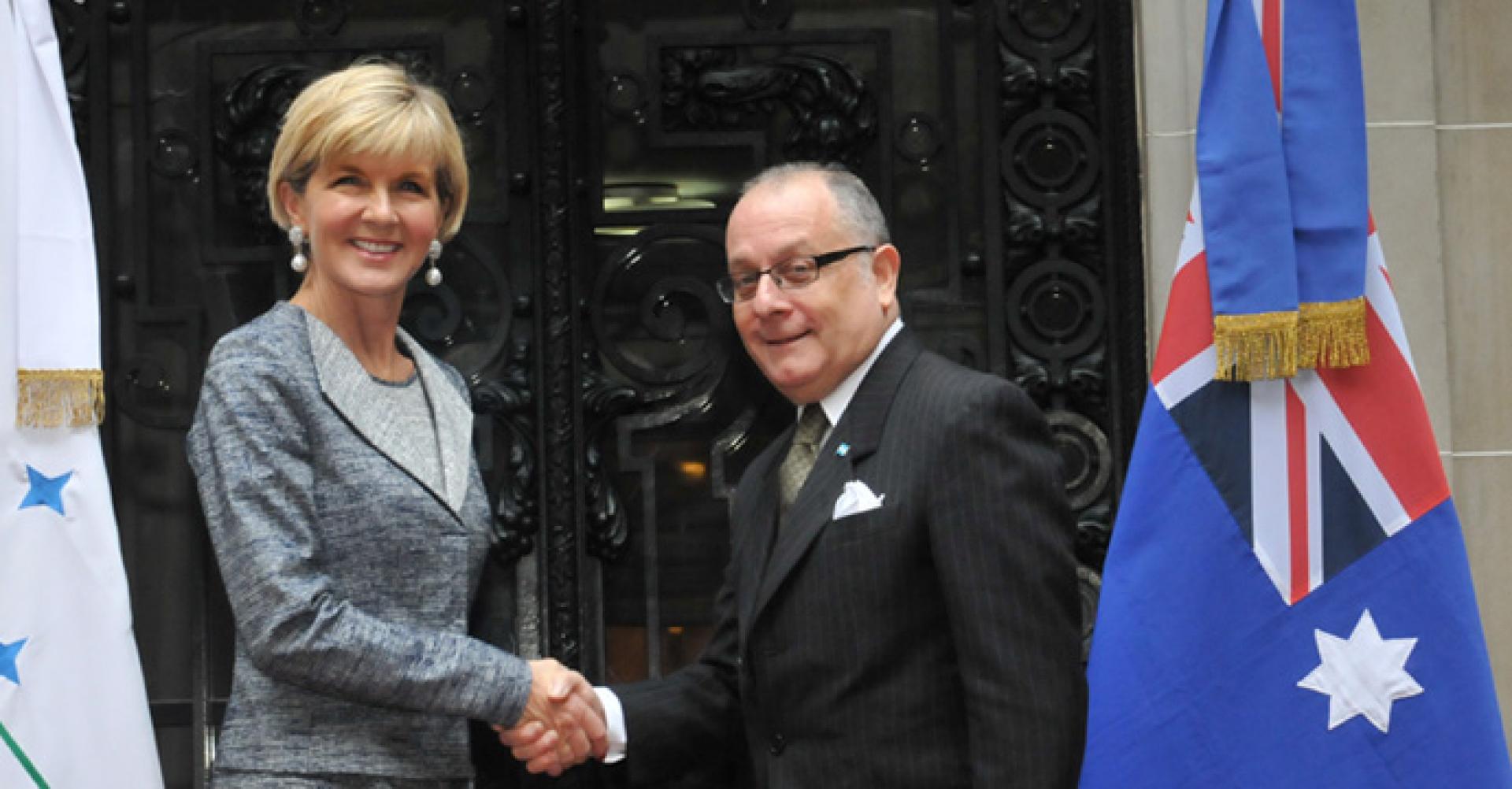 In late June this year, the Argentine Foreign Minister, Jorge Faurie, received the official visit of the Minister for Foreign Affairs of Australia, Julie Bishop, which was the first visit by an Australian Foreign Minister since 2001.

At the meeting between the two Ministers, they emphasized the excellent level of the bilateral relationship and agreed to continue broadening political and economic exchanges, as well as cooperation in areas of mutual interest such as agriculture, mining, education, economic reform, the peaceful use of nuclear energy, and aerospace.

As regards trade, they underscored the presence in Argentina of over 50 Australian companies which expressed a strong interest in increasing their participation in the country. Furthermore, it was noted that there are numerous investment opportunities in mining, a field in which Australia has vast experience.

Among the instruments signed in the context of the visit was a Memorandum of Understanding between the Argentine Ministry of Education and Sports and the Australian Department of Education and Training on cooperation in the field of education, research, and technical and professional training, in order to foster and promote exchanges in those areas (see https://goo.gl/JMUA4x).

Along these lines, an amendment to the Memorandum of Understanding on Work and Holiday Visas was agreed upon, with a view to increasing the annual quota of visas issued by each party from 700 to 1500. This will allow more young Argentine and Australian nationals to stay in the territory of the other party for up to 12 months, during which they may take short courses and obtain temporary employment.

It is worth noting that the bilateral relationship between both countries has been particularly strengthened in the last year and a half. This was demonstrated by the visit of the Governor-General of Australia, Sir Peter Cosgrove, in August 2016 (the first visit by a Governor-General since the establishment of diplomatic relations in 1955); by the meeting held in September 2016 between the Argentine President, Mauricio Macri, and the Australian Prime Minister, Malcolm Turnbull, in the context of the G20 Summit in Hangzhou, China; and by the visit to Australia of the Argentine Vice President, Gabriela Michetti, in mid-March of this year, accompanied by a high-level national delegation.