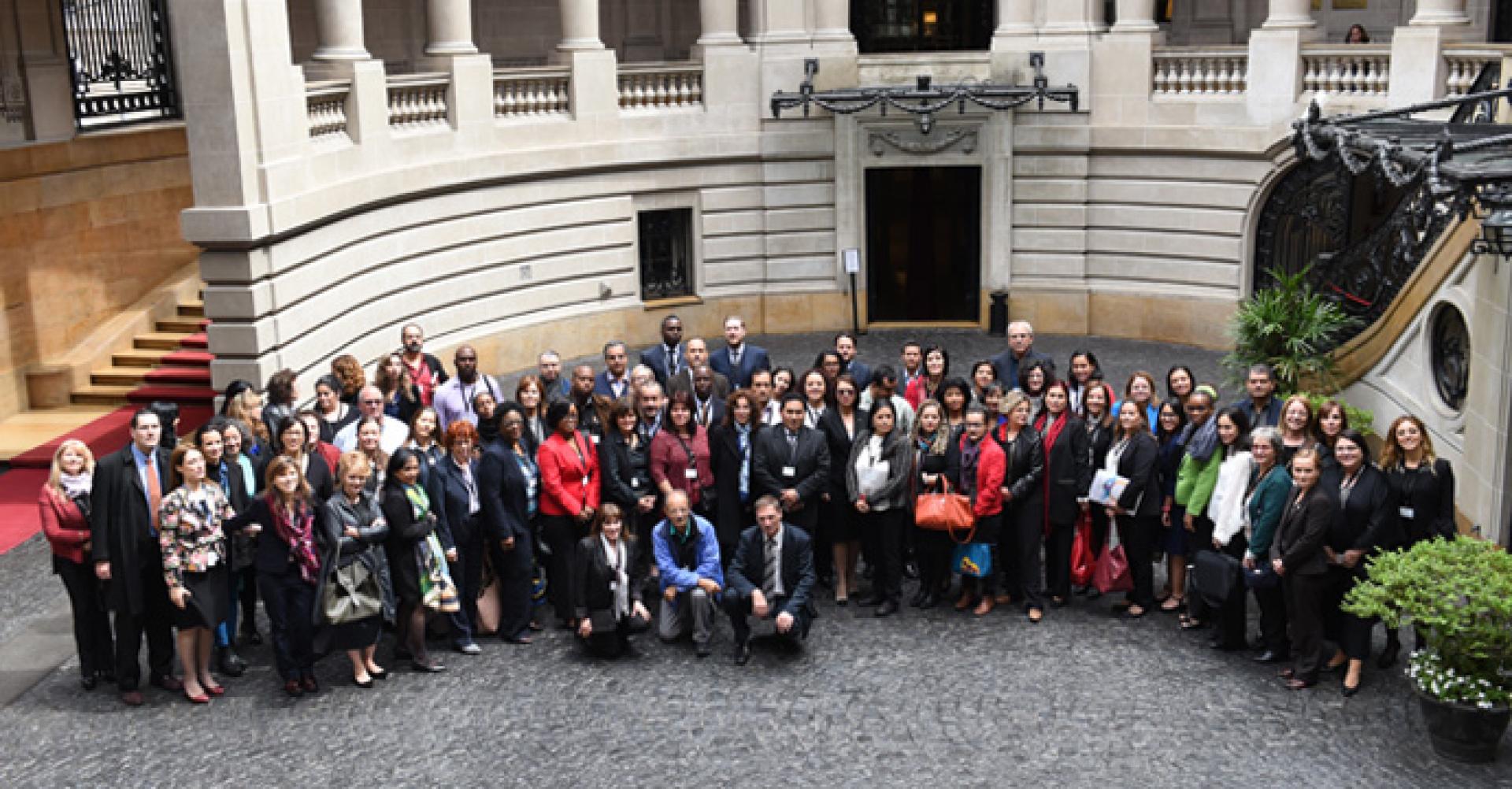 CELAC-EU Workshop on the Prevention of Gender-Based Violence

It was agreed that, in the process of building an equitable society, it is necessary to deepen our understanding of the elements of traditional masculinity relevant to violent behaviour in men, so as to prevent violent attitudes on our path to more egalitarian practices.

On 28-29 September, the CELAC-EU Workshop on the Prevention of Gender-Based Violence: "Prevention Policies and Education with Men" was held in the Libertador Room of the Palacio San Martín. It was jointly organized with the European Union, in the context of the Gender Chapter of the Bi-regional Dialogue between the Community of Latin American and Caribbean States (CELAC) and the European Union (EU).

The meeting was attended by 130 experts from 36 countries, with governmental, academic and civil society backgrounds, representing the European Union, CELAC, the OAS, UN Women, ECLAC, and UNDP, as well as national entities within the Executive, the Legislature and the Judiciary. They discussed experiences and public policies aimed at the prevention of any form of gender-based violence, specifically those designed for men and boys to become agents of change and strategic partners for gender equity, as well as those for recidivism prevention.

A broad diagnosis of the forms of discrimination, inequalities and gender-based violence was successfully established, and special emphasis was placed on modifying the mechanisms that reproduce those patterns. At the same time, the importance of men's role and of education from an early age was underscored, on the understanding that it is not possible to eradicate violence against women without a strong commitment by men: if they are part of the problem, they must also be part of the solution.

One of the key issues discussed at the workshop was the importance of questioning, revising and deconstructing the hegemonic masculine model under which men have been socialized and the mechanisms by which that model is reproduced, as a good starting point to reverse the harm caused to women and men by sexism.

Thus, the need to foster new and better masculinity alternatives that question the role of dominating men was addressed, as well as the importance of new examples among peers: to avoid indifference in the face of violent situations, to replace silence with dialogue and support.

It was agreed that, in the process of building an equitable society, it is necessary to deepen our understanding of the elements of traditional masculinity relevant to violent behaviour in men, so as to prevent violent attitudes on our path to more egalitarian practices.

In addition, it was underscored that awareness-raising and the education of men since their childhood do not replace the defence of women's fundamental rights, and cannot diminish the resources allocated to assisting the victims of gender-based violence.  Active participation by women and men in the social fight against violence against women is necessary, as is the reporting of and zero tolerance for all forms of violence, whether physical, sexual or psychological.

The meeting presented in depth examples of best practices in different countries for primary prevention of violence, with new approaches to men of all ages in connection with various issues. For instance, responsibility for domestic work and sexual and reproductive health, responsible fatherhood, etc.; the education of young men or mixed groups to debunk stereotypes and promote equality; and the various ways of approaching offenders, whether voluntary or court-ordered.

As a corollary of the Workshop, a report was prepared to serve as a repository of experiences and best practices shared at the event, available at:

At the close of the event, Argentine Foreign Minister Jorge Faurie underscored that "The importance of working on education for men with regard to gender issues involves a commitment that must be made by individuals and collectively, privately and publicly, and nationally and globally." Education is key. Being active in raising sensitivity and awareness of new patterns and male behaviour will enable progress towards a no-violence environment and towards gender equality."