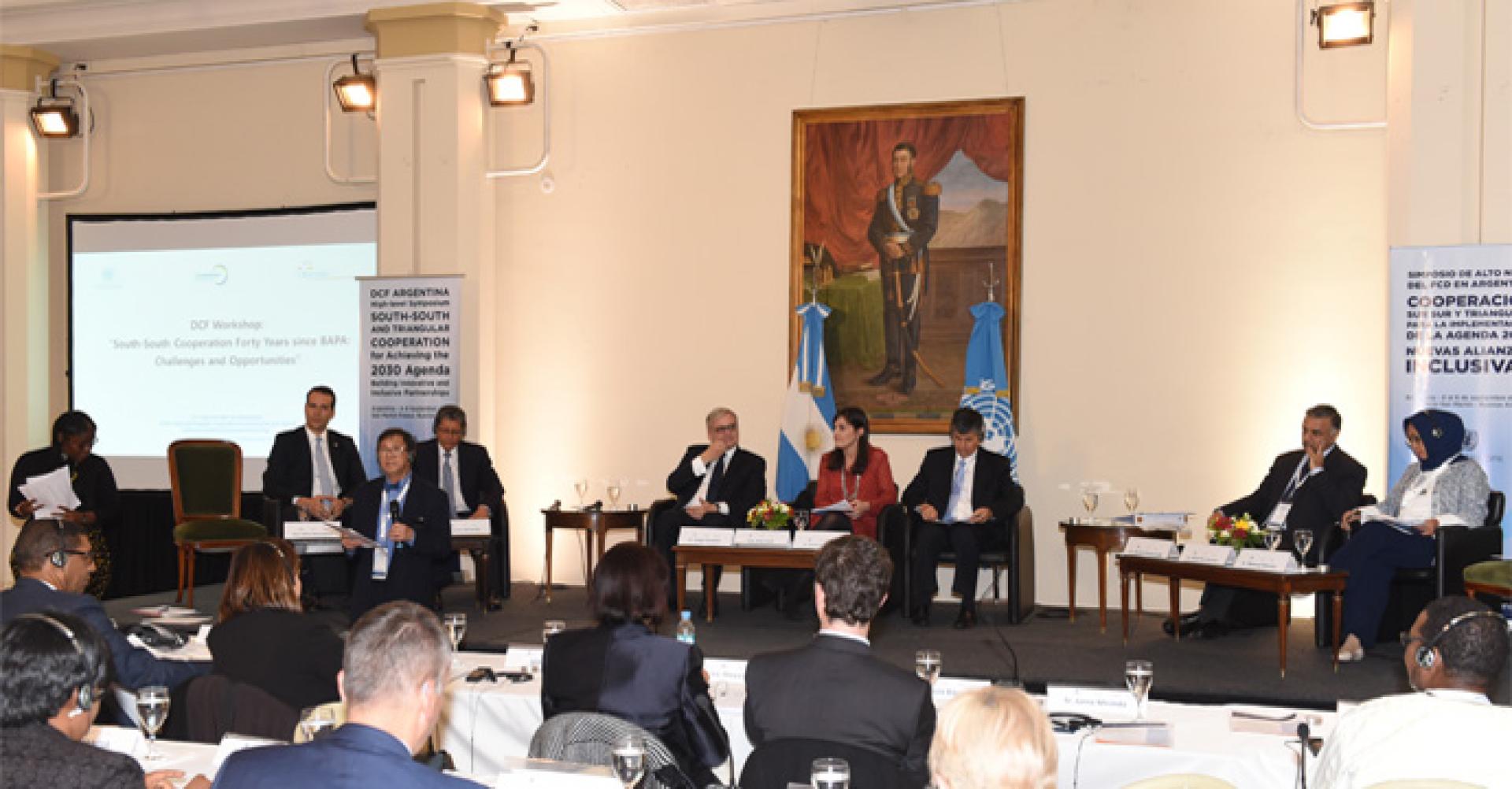 Based on South-South and Triangular Cooperation, a type of cooperation in which Argentina plays a leading role, space was created for the identification of opportunities, challenges and components of this cooperation mode that help achieve the Sustainable Development Goals.

The High-level Symposium of the Development Cooperation Forum of the United Nations was held in Latin America for the first time last September, under the slogan "South-South and Triangular Cooperation for Achieving the 2030 Agenda. Building Innovative and Inclusive Partnerships." The event was attended by over 120 government officials, international organizations, and representatives of the private sector and civil society.

During the opening sessions, which included statements by the Argentine Vice-president, Gabriela Michetti, and by Foreign Minister Jorge Faurie, the challenges and opportunities for South-South and Triangular Cooperation on the path of Sustainable Development were presented. In his opening speech, Faurie stated that "we must be capable of understanding the place of South-South and Triangular Cooperation in the current context of international relations, in order for the programmes, measures and policies that we carry out to increase their impact, scope and sustainability over time."

For her part, Vice-president Michetti underscored that "40 years after the implementation of the Buenos Aires Plan of Action (PABA), the world has changed" and added: "In the face of the new and changing international scenario, we have to be capable of updating the types of cooperation and approaches through which we build partnerships, by strengthening integration and working jointly and creatively through international cooperation and with political determination."

The Symposium was established as a forum for identifying the potential that southern countries have for achieving higher development levels, as well as to join efforts with all the relevant stakeholders of International Cooperation. Based on South-South and Triangular Cooperation, a type of cooperation in which Argentina plays a leading role, space was created for the identification of opportunities, challenges and components of this cooperation mode that help achieve the Sustainable Development Goals.

This event was a great opportunity in terms of the foreign policy of our country, which has decided to assume an active role in the multilateral fora that address the challenges of development. In that vein, in 2019, Argentina will host the Second United Nations Conference on South-South Cooperation (to be held in Buenos Aires), which will mark the 40th anniversary of the adoption of the Buenos Aires Plan of Action (PABA), one of the milestones of this form of cooperation among countries of the Global South.

In his closing speech, Deputy Foreign Minister Carlos Raimondi underscored the value that "South-South Cooperation has to contribute to the success of the national frameworks established with a view to achieving the Sustainable Development Goals," while welcoming the partnerships built by Argentina through South-South Cooperation as "a type of cooperation that enables the combination of efforts, capacities and resources that are necessary for increasing the scope, impact and sustainability of our actions." The closing speech was followed by an invitation to the PABA+40 Conference to be held in 2019 in Buenos Aires, as was the case forty years ago.