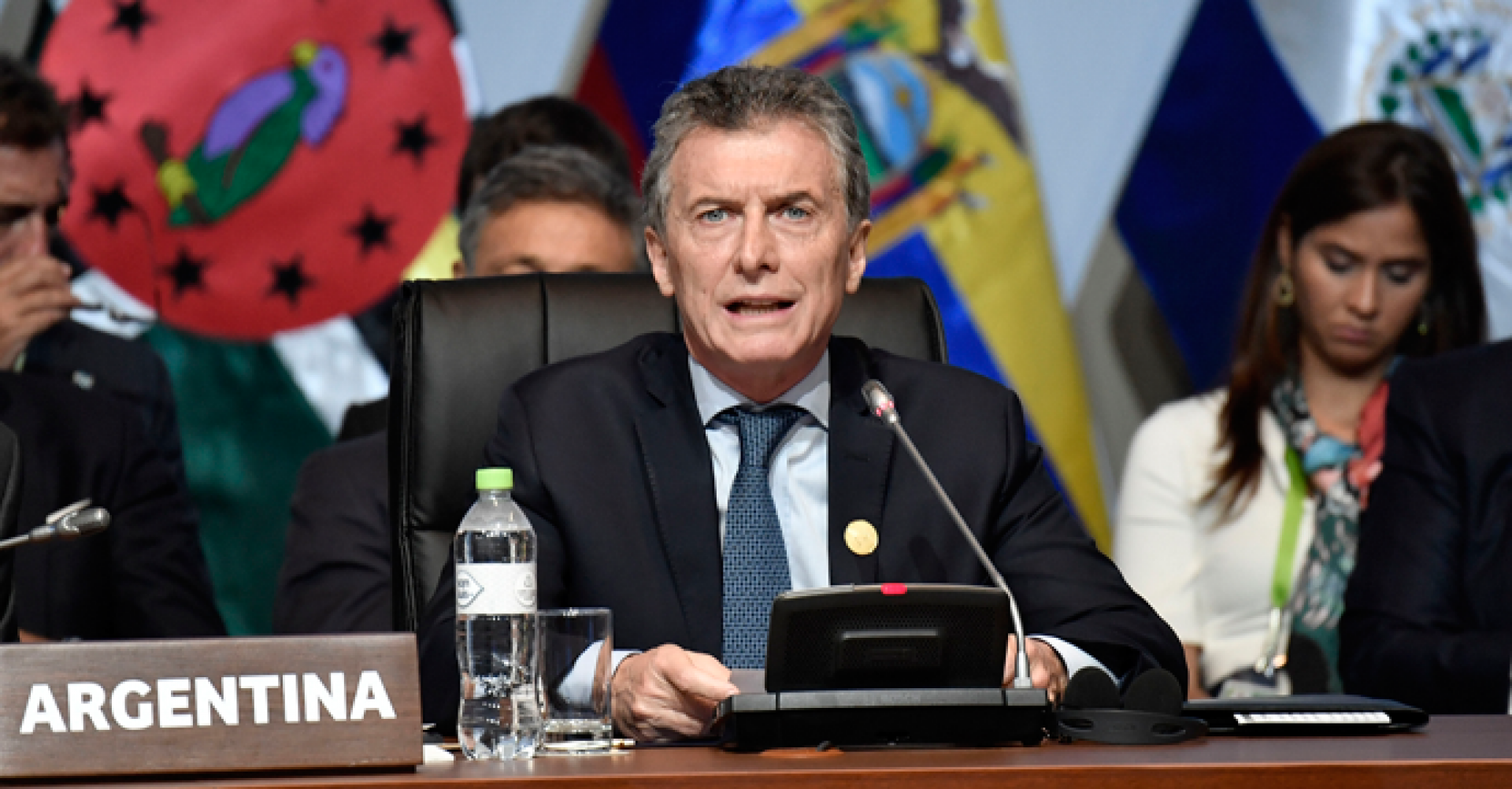 Eighth Summit of the Americas

The Eighth Summit of the Americas was held on 13-14 April in the city of Lima, Peru, under the slogan "Democratic Governance against Corruption".

The Argentine delegation was headed by the President of the Argentine Republic, Mauricio Macri. The delegation was also comprised of the Argentine Foreign Minister, Jorge Faurie, the Secretary for Strategic Affairs, Fulvio Pompeo, the Minister of Production, Francisco Cabrera, other authorities from the Production Ministry and the National Coordinator of the Summit Implementation Review Group (SIRG) and Undersecretary for Affairs of the Americas, Leopoldo Sahores.

The goal of the Summit was to consider the effects of corruption on democratic institutions, governance and the sustainable development goals set forth in the United Nations 2030 Agenda.

During the meeting, the "Lima Commitment: Democratic Governance against Corruption",was adopted, which promotes concrete reforms in order to strengthen the Inter-American Anti-corruption System, as well as measures intended to strengthen democratic governance, transparency, access to information, the protection of whistle-blowers, human rights and freedom of speech, the funding of political organizations and election campaigns, the prevention of corruption in public works and procurement, and international legal cooperation in the fight against bribery, transnational bribery, organized crime and asset laundering and recovery.

The fight against corruption is at the forefront of Argentina's goals and initiatives, through the prioritizing and strengthening of existing international mechanisms and instruments in order to achieve concrete results and avoid the duplication of efforts. The Expert Committee of the Follow-up Mechanism (MESICIC) for the Implementation of the Inter-American Convention against Corruption (CICC) is the leading body at the Inter-American level.

As Chair of the G20, Argentina fosters the resolution of conflicts of interest, as well as integrity and transparency in state-owned enterprises.

In addition, the Summit was a propitious occasion to reiterate concern over the ongoing interruption of constitutional order and the escalation of the political, economic, social and humanitarian crisis in Venezuela.

In this regard, the Heads of State and Government of Argentina, the Bahamas, Brazil, Canada, Chile, Colombia, Costa Rica, Guatemala, Guyana, Honduras, Mexico, Panama, Paraguay, Peru and Saint Lucia, and the Vice President of the United States adopted the "Declaration on the Situation in Venezuela".

Among other matters, the document urges the Venezuelan government to hold presidential elections with the necessary guarantees for a free, fair, transparent and democratic process, ratifying that failure to comply with these conditions will result in elections lacking legitimacy and credibility. Moreover, the document expresses deep concern over the increasing displacement of Venezuelan citizens, as well as the need to open a humanitarian aid channel.

At a domestic level, Argentina is working towards a 21st century open government which serves the people, offers greater access to information, creates new forms of citizen participation and guarantees that public goods reach those most in need through institutional and transparent processes. Among other measures, our country has also enhanced the scope and resources of the Anti-corruption Office and has created new complaint mechanisms.

Various other events were held in parallel to the Summit, such as the Third Business Summit of the Americas, the Civil Society Forum, the Indigenous Peoples Forum, the Fifth Youth Summit of the Americas, the Third Meeting of the Open Parliamentary Network of the Americas, the Dialogue between Social Actors and High-level Government Representatives, the presentation of the report titled "Latin American Economic Outlook 2018: Rethinking Institutions for Development (ECLAC, CAF, OECD)", and the High-level Round Table on "Strengthening Democratic Governance through Women's Empowerment and Leadership", in which the Argentine Foreign Minister participated.