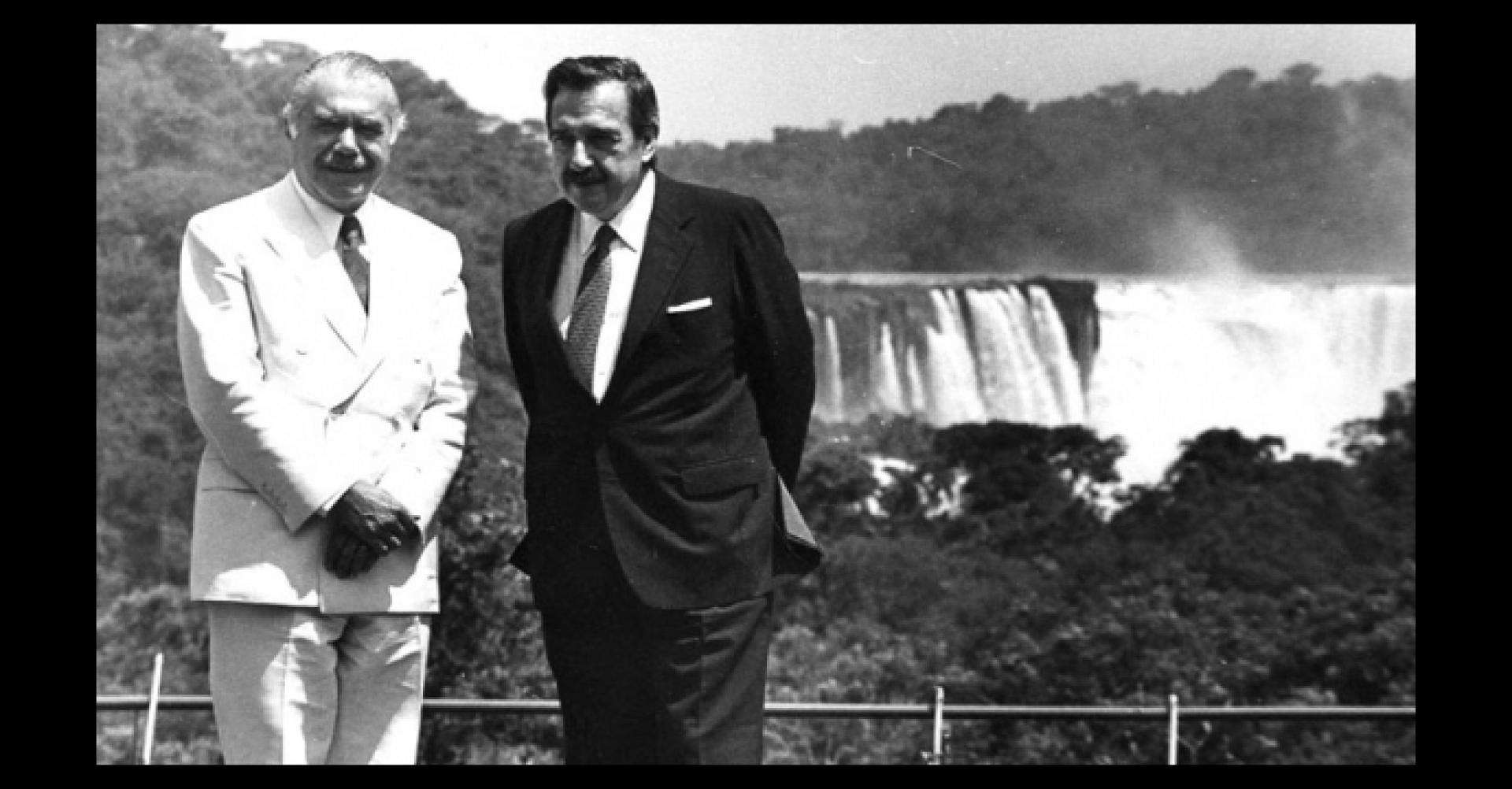 Last December marked 30 years of integration with Brazil. History, values and a joint project have kept us united and made us advance in the consolidation of integration, political and economic cooperation, the promotion of social justice and human rights, and the MERCOSUR project.

Through these two instruments, our countries consolidated a bold movement towards integration. It was bold because it laid the foundations for MERCOSUR, an unprecedented initiative for the Southern Cone countries, and because it brought an end to decades of pointless rivalry between the two countries.

According to an old adage, nations have no permanent friends or allies, they only have permanent interests. We are an exception to this rule, since a strong and lasting friendship is of paramount strategic interest to both Argentina and Brazil. In this regard, as early as in 1910, the Baron of Rio Branco noted the following when he greeted president-elect Roque Sáenz Peña in Rio de Janeiro: "We couldn't reasonably come into conflict, since we share the same ideals." Nevertheless, it took more than seven decades to confirm this.

There are several points of convergence between our two countries. Destiny has bound us along extensive borders. We share history, similar values and abundant human and natural resources. Our long-term interests are intertwined and grounded on the creation of a regional and global framework for peace, development and respect for democracy and human rights.

The Argentina-Brazil Friendship Agreement notes that "foreign policy independence is strengthened by democracy." Based on the notion that there can be no integration without democracy, during the last thirty years Argentina and Brazil have made great progress in the consolidation of law and the promotion of social justice and human rights.

On the bilateral trade front, in 2015 we exceeded USD 23 billion– over six times the figure of USD 3.82 billion traded between the countries in 1989 (adjusted values). The impact of that trade is even greater in crucial sectors of the two economies, particularly industrial production. In 2015, 90% of bilateral trade involved industrialized products. This means more jobs and value-added production in our countries.

Reciprocal investments are further proof of how close we are to each other. They are present in a wide array of economic sectors such as iron and steel, banking, automobiles, cold-storage chambers, the textile industry, footwear, mining, agricultural machinery, civil construction and infrastructure, among others.

The close cooperation between Argentina and Brazil is also evidenced in strategic sectors such as nuclear power. Indeed, the Brazilian-Argentine Agency for Accounting and Control of Nuclear Materials (ABACC), which marked its 25th anniversary in 2016, is a symbol of cooperation in a sensitive and crucial sector for the two countries. Important projects are also being carried out in the fields of defence, aerospace, energy, science and technology.

However, this does not mean that the path towards integration has reached completion. The future still holds many challenges. With the support of Paraguay and Uruguay, we are determined to revitalize MERCOSUR by overcoming trade barriers and strengthening our relations with other countries and regions. We aim at a block that is true to its origins, with fluent trade among our countries, more integrated infrastructure and the capacity to open up to the world on balanced terms.

We will continue working towards common citizenship, implementing measures that facilitate circulation, residence, work and study in our countries. We look forward to sharing experiences in the fields of health, education and eradication of poverty: 30 years ago we also recognized that growth with social justice is the best path towards true integration between our peoples.

We cannot conceive a future of progress and development for our two countries without a unity of efforts between Argentina and Brazil. Through close cooperation between our governments, we have everything we need to continue working to turn our ideals into reality.

Article jointly written by the Ministers of Foreign Affairs of Argentina, Susana Malcorra, and of Brazil, José Serra.