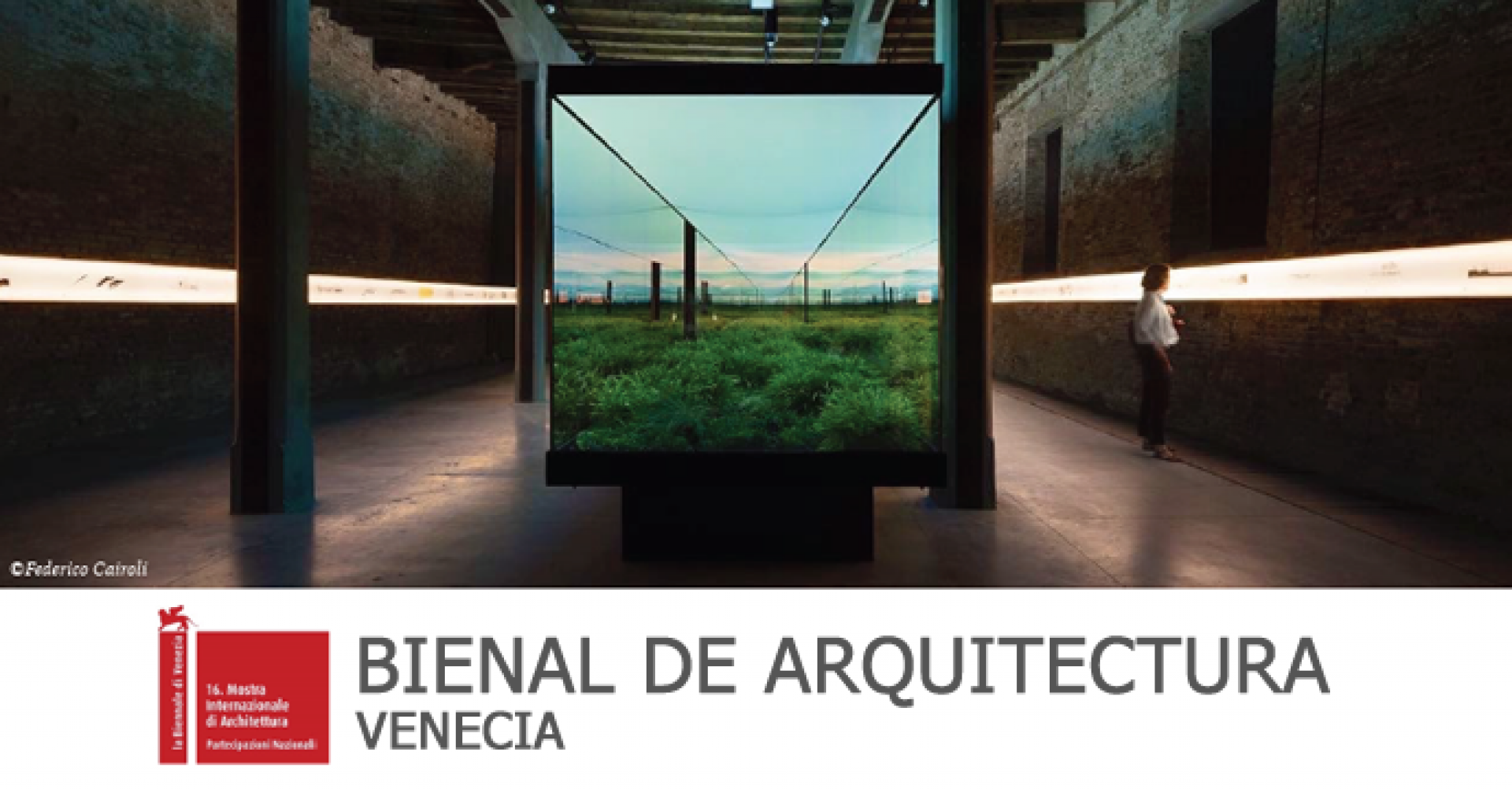 Last 25 May marked the opening of "Horizontal Vertigo", the architectural work selected as the winner of the public contest coordinated by the Argentine Foreign Ministry , which was praised by specialized critics at the 16th International Architecture Exhibition.

The work displays, in an innovative fashion, a scene of the traditional Pampean landscape inside a structure 21 metres long and over 2 metres high made of mirrored glass on the outside and reflective glass on the inside, with plants and a screen on the ceiling showing views of the Argentine sky. This 20-tonne structure will also feature 46 sketches of emblematic Argentine public space works.

"Horizontal Vertigo" is a journey through the landscape of our geography, showing the architectural production of the last few decades through a selection of works built from 1983, when democracy was restored in Argentina, to date.

The projects displayed show the response of Argentina's architecture to the principles proposed by the curators of the Biennale under the slogan "Freespace", including: public parks, social structures or participatory projects, through an open and non-definitive horizontal landscape. Each sketch shows a direct or indirect connection between architecture and society, as imagined by "Horizontal Vertigo".

This work was selected among 38 projects submitted to the public contest coordinated by the Argentine Foreign Ministry in cooperation with the Central Society of Architects (SCA), the Professional Council of Architecture and Urbanism (CPAU) and the Argentine Federation of Architectural Organizations (FADEA).

The authors of the work are the architects Javier Mendiondo, Pablo Anzilutti, Francisco Garrido and Federico Cairoli, from the province of Santa Fe, all of them graduates from Universidad Nacional del Litoral.

During the pre-opening (on 22, 23, 24 and 25 May), Horizontal Vertigo was praised by specialized critics and curators from the other 78 countries participating in the Biennale, who ranked the work as the most attractive one at the Exhibition.

Over a hundred special guests were present at the opening of the Exhibition, including the authorities of the Biennale, curators, exhibitors, architects, Italian authorities, Ambassadors, specialized press, artists and teachers.

As he expressed his thanks, the Argentine Ambassador to Italy, Tomás Ferrari, underscored the importance of Argentina's investment in the Venice Biennales.

In turn, Ambassador Sergio Baur, the Director for Cultural Affairs of the Argentine Foreign Ministry and Commissioner of the Submission, described the installation and reviewed the path that over the past few years has led our country to occupy a prominent place at the "Venice Arsenale".

He also highlighted the federal nature of the projects selected by the curators for submission and the close cooperation among architects from the academic sector and their students in approaching the project.

The General Director of the Biennale, Andrea del Mercato, thanked Argentina for its participation and willingness to be present at one of the leading cultural events.

Finally, Javier Mendiondo explained the features of "Horizontal Vertigo" and highlighted the work carried out by the Ministry of Foreign Affairs and Worship and the Argentine Embassy in Rome, including the organization of the contest, the construction of the project and the support given during the assembling period and the pre openings.

The pavilion was also visited by the President of the Venice Biennale Foundation, Paolo Baratta; the curators of the Architecture Exhibition, Yvonne Farrell y Shelley McNamara, and the members of this edition's jury, Sofia Von Ellrichshausen; Frank Barkow; Kate Goodwin; Patricia Patkau and Pier Paolo Tamburelli.

According to the official communication of the Venice Biennale Foundation, less than twenty days after the Exhibition opened, the photographs of "Horizontal Vertigo" are already among the most popular posts about the 16th Exhibition (ranking second after the work of the Nordic countries).

The Argentine pavilion also received favourable reviews from specialists and critics on the most important architecture websites, such as Archdaily, WallPaper, Domus, Dezeen and Plataforma Arquitectura, among others.

The Exhibition runs through 25 November.