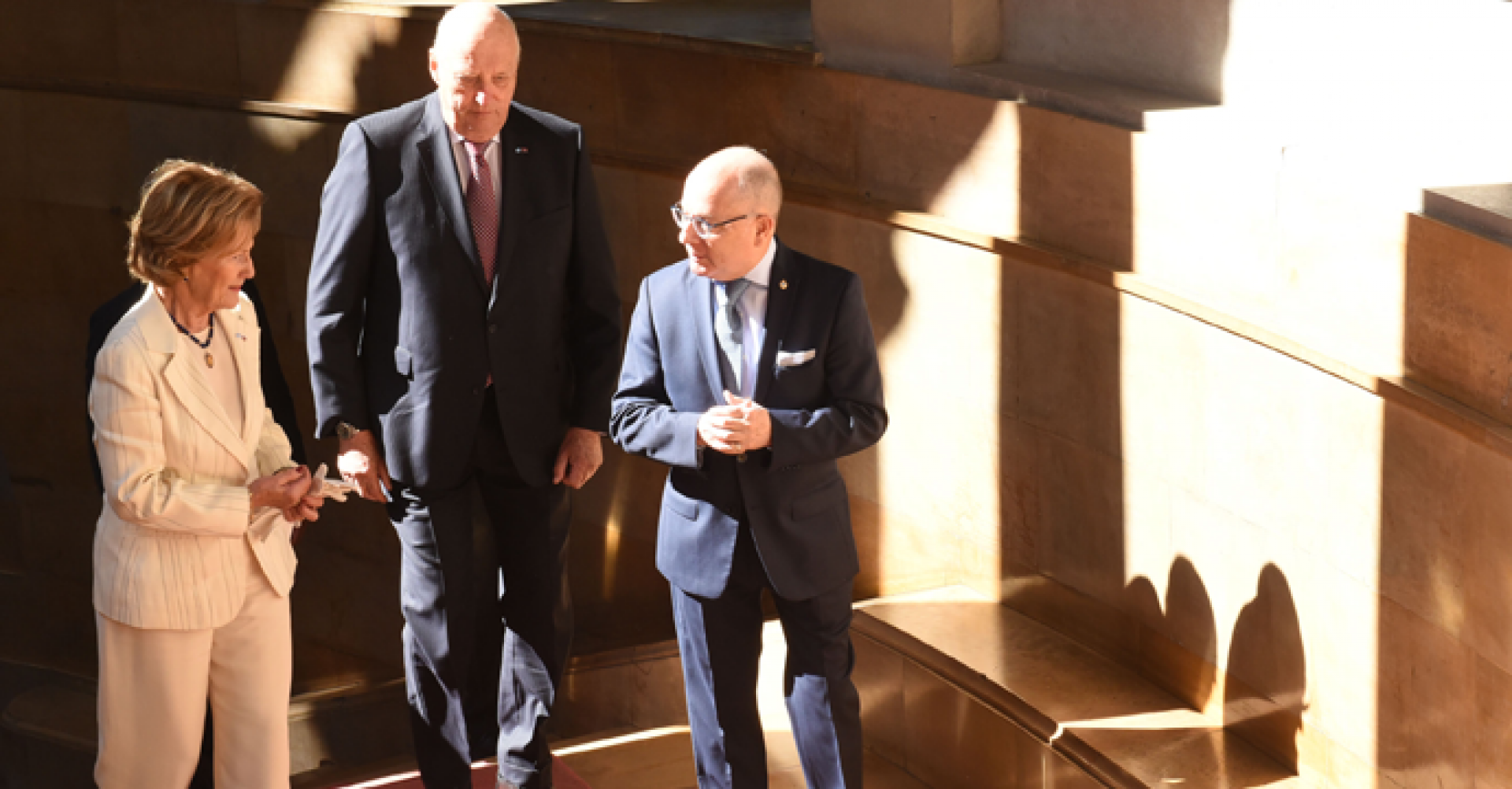 The king and queen of Norway visited Argentina

On 6-8 March, King Harald V and Queen Sonja of Norway paid a State Visit to Argentina - the first visit by a Norwegian Head of State since 1967

The King and Queen travelled alongside other Norwegian officials, including the Foreign Minister, the Minister of Trade, Industry and Fisheries, and the State Secretary of Petroleum and Energy, in addition to a large business delegation comprising over 60 people, including the President of the Confederation of Norwegian Enterprise, the CEO of Norwegian Air, and the CEO of Statoil, the leading Norwegian oil company.

The first day of the visit included a wreath-laying ceremony at the monument to General San Martin, a working meeting with the President of the Argentine Republic followed by a luncheon, and visits to authorities of Congress and the Judiciary.

In the morning of the second day, a business forum titled "Argentina-Norway: A new partnership for the creation of added value" was held at the Palacio San Martín, featuring an investment panel discussion and several workshops on petroleum and gas, tourism and modernization of the State. On the occasion, the Norwegian Minister of Trade, Torbjørn Røe Isaksen, underscored that "As a result of the reform process initiated by President Macri, there is great potential for Norwegian investment in Argentina."

In the afternoon, at the Manuel Belgrano Auditorium of the Argentine Foreign Ministry, a seminar titled "Argentina and Norway - Pioneers in Antarctica" was held, which focused on the long-standing shared ties in Antarctica, environmental protection, and sustainable tourism, featuring addresses by the Foreign Minister, King Harald and experts from the two countries. Furthermore, a photography exhibition on the relationship between Argentina and the Kingdom of Norway regarding Antarctic matters was opened.

On the same day, the King and Queen re-inaugurated Norway Square, in the neighbourhood of Belgrano, in the presence of the Mayor of Buenos Aires (who bestowed the Key to the City upon the distinguished visitors) and members of the Norwegian community in Argentina.

During the visit, several agreements were signed, including agreements on Antarctic cooperation, modernization of the State, aquaculture, and regular bilateral meetings.