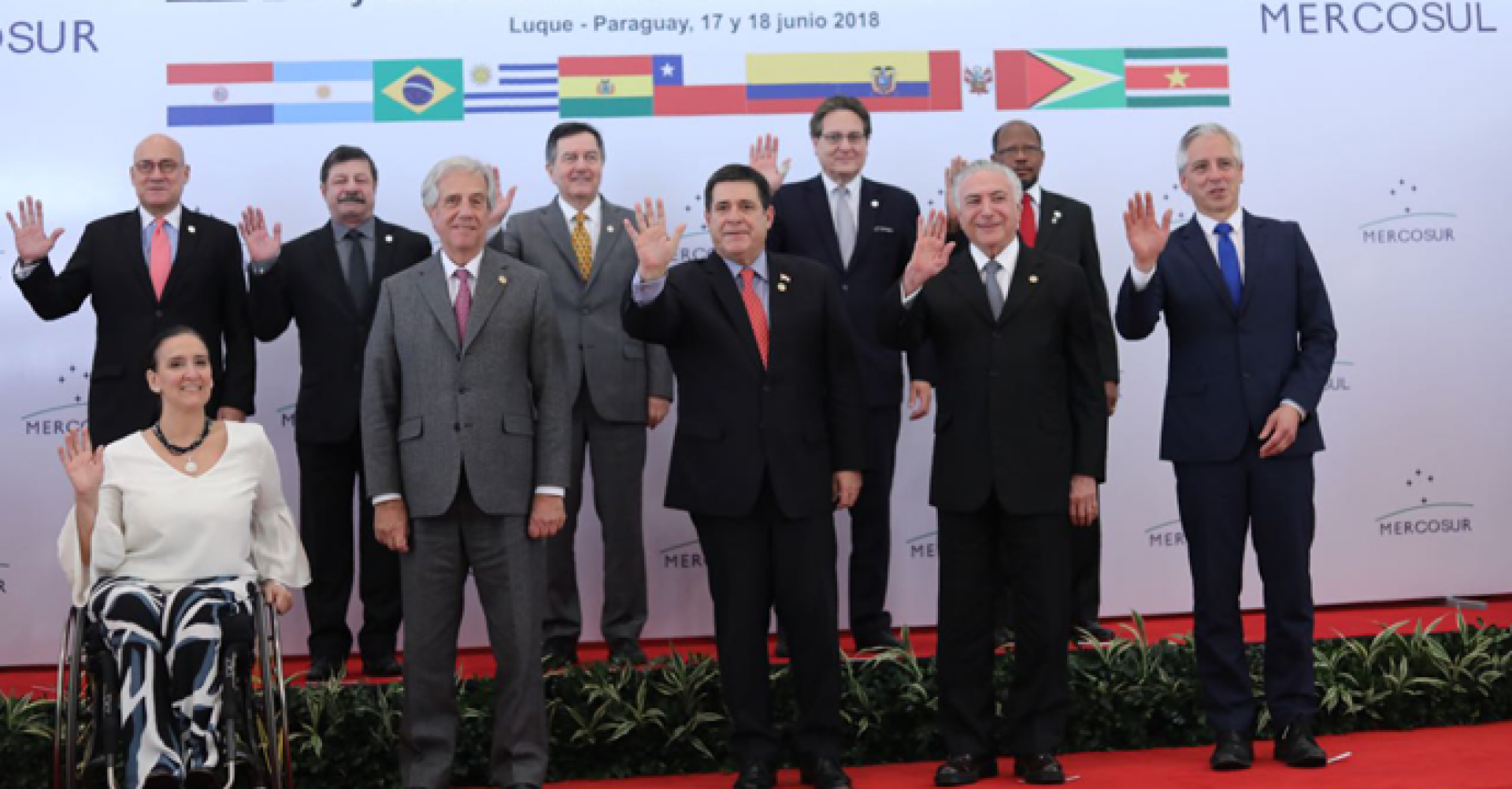 The Heads of State of MERCOSUR ratified their willingness to strengthen and modernize the regional integration process by eliminating intra-bloc trade barriers and conducting a wide range of international trade negotiations. They pledged to strengthen the MERCOSUR Structural Convergence Fund and to advance the digital agenda.

The leaders agreed on the need to strengthen the regional integration process by eliminating trade barriers and incorporating the commitments made into national regulations, as an instrument for making economic development more dynamic, creating decent employment and improving the quality of life of MERCOSUR citizens. In addition, they stressed that the bloc's broad and dynamic agenda of foreign relations has turned it into a leading actor in international trade and recognized that external negotiations will contribute to strengthening the bloc at the domestic level.

During this first half of the year, MERCOSUR has redoubled efforts to conclude the Bi-regional Partnership Agreement with the European Union and entered into negotiations for trade agreements with Canada and Korea, thus reaffirming its willingness to integrate with the world.

Within the framework of the policy of modernization of the bloc, an International Cooperation Framework Agreement was signed between MERCOSUR and the River Plate Basin Financial Development Fund (FONPLATA), with the aim of enhancing the work of the MERCOSUR Structural Convergence Fund (FOCEM), which is a regional tool for reducing intra-bloc asymmetries. They also adopted the 2018-2020 Plan of Action for developing a MERCOSUR Digital Agenda, with a view to modernizing the integration process in view of the regional and global challenges posed by technological transformation.

At the Summit, the Heads of State also expressed their concern over the violent events in Nicaragua and urged the Venezuelan Government to act in coordination with the international community to establish access channels for humanitarian assistance, with a view to mitigating the serious social and migration crisis afflicting the country.

At the end of the Summit, Paraguay handed over the MERCOSUR Pro Tempore Presidency to Uruguay, which will hold it until late 2018, to then be followed by Argentina.