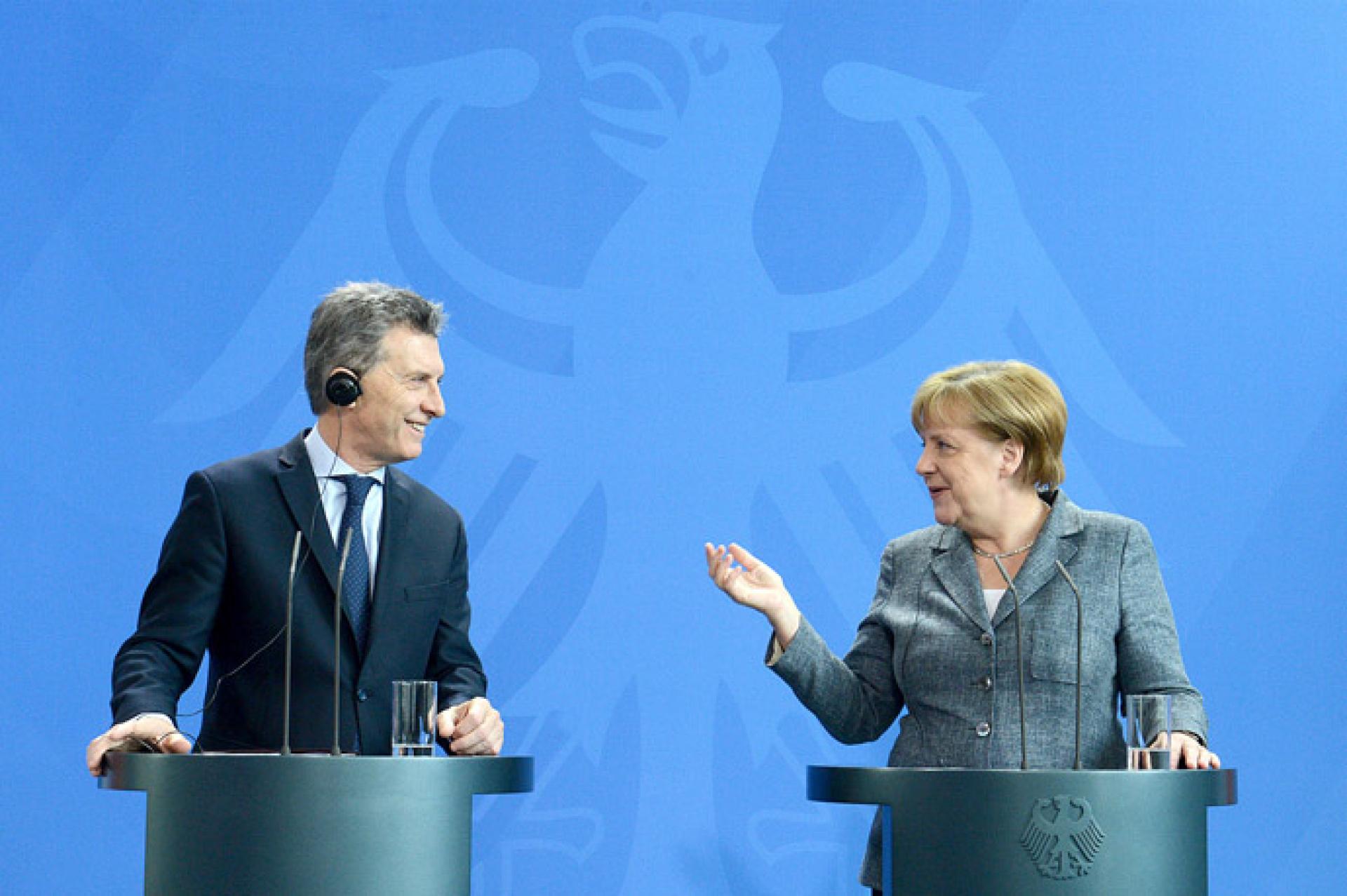 The recent visits to the European continent by President Mauricio Macri and Foreign Minister Susana Malcorra, in addition to those made to Argentina in recent months by the highest European authorities, reflect a new boost to strategic relations with that continent. These events provided an opportunity to coordinate positions on the main items on the international agenda and generate new areas of cooperation and deepen the access to markets and investments.

The relaunching of Argentina’s relations with Europe is epitomized in the convergence of similar values, principles and views on the great challenges facing the world. In order to place Argentina as a reliable, coherent and predictable country and thus attract more investments and identify new fields of cooperation, President Mauricio Macri and Foreign Minister Susana Malcorra visited Europe in July to meet, among others, with French President François Hollande, in Paris, and with German Chancellor Angela Merkel, in Berlin. These visits are part of a new phase in Argentine foreign policy, which began with President Macri’s participation in the Davos Forum, last January.

The new push in the relations with Europe is also reflected in the several visits to Buenos Aires. From Bulgarian President Rosen Plevneiev in February, to Dutch Foreign Minister Bert Koenders in July, the Argentine Government House and the Foreign Affairs Ministry have hosted many meetings between Argentine and European authorities. Each of these meetings constituted an opportunity to share views and coordinate positions on the main items on the international agenda, such as the refugee crisis, terrorism, the fight against drug trafficking, trade promotion and the protection of Human Rights.

In that sense, during the visit of the High Representative of the European Union for Foreign Affairs, Federica Mogherini, on March 9th, both parties agreed to reactivate several dialogue mechanisms and to organize the 10th Meeting of the Joint Committee on economic matters. Within the framework of that visit, Argentina renewed its participation in the Cooperation Programme between Latin America and the European Union on drugs policies, as well as in the fight against climate change, reiterating its firm commitment to the Paris Agreement.

At the same time, on April, the visit by the Spanish Foreign Minister José Manuel García-Margallo served as an opportunity to renew the bilateral relationship, with an emphasis on the fight against drug trafficking in light of the priority given by the Argentine government to the matter. Progress was also made in the field of cooperation on education through the draft Agreement on Mutual Recognition of Higher University Education Awards, Diplomas and Academic Degrees. The visit by the Bulgarian President was propitious for discussing matters relating to Antarctic cooperation and defence.

With respect to the meeting with French President François Hollande, last February, one of the highlights was the signing of a Joint Declaration on Cultural, Scientific and Technical Cooperation, as well as specific agreements on defence, security, agriculture, education, science and technology. The bilateral agenda was further strengthened through the economic Roadmap that was later signed during Foreign Minister Malcorra’s visit to France.

Finally, the visit to Argentina by Italian Prime Minister Matteo Renzi, on February 15th, was a landmark in the countries’ bilateral relations. Several significant subjects were addressed during this visit, such as the re-launching of the negotiation of the European Union-MERCOSUR Agreement and the support to Argentina’s OECD membership bid. Regarding drug trafficking, the importance of deepening bilateral and multilateral cooperation between specialized drug agencies, the fight against money laundering and against corruption was underscored.

These steps, among others, are indicators of Argentina’s search for a more prominent role at global level. The aim is to promote and protect national interests by implementing an ambitious and effective diplomacy with a view to developing cooperation, interaction, market and investment access schemes to ensure the well-being of the Argentineans.