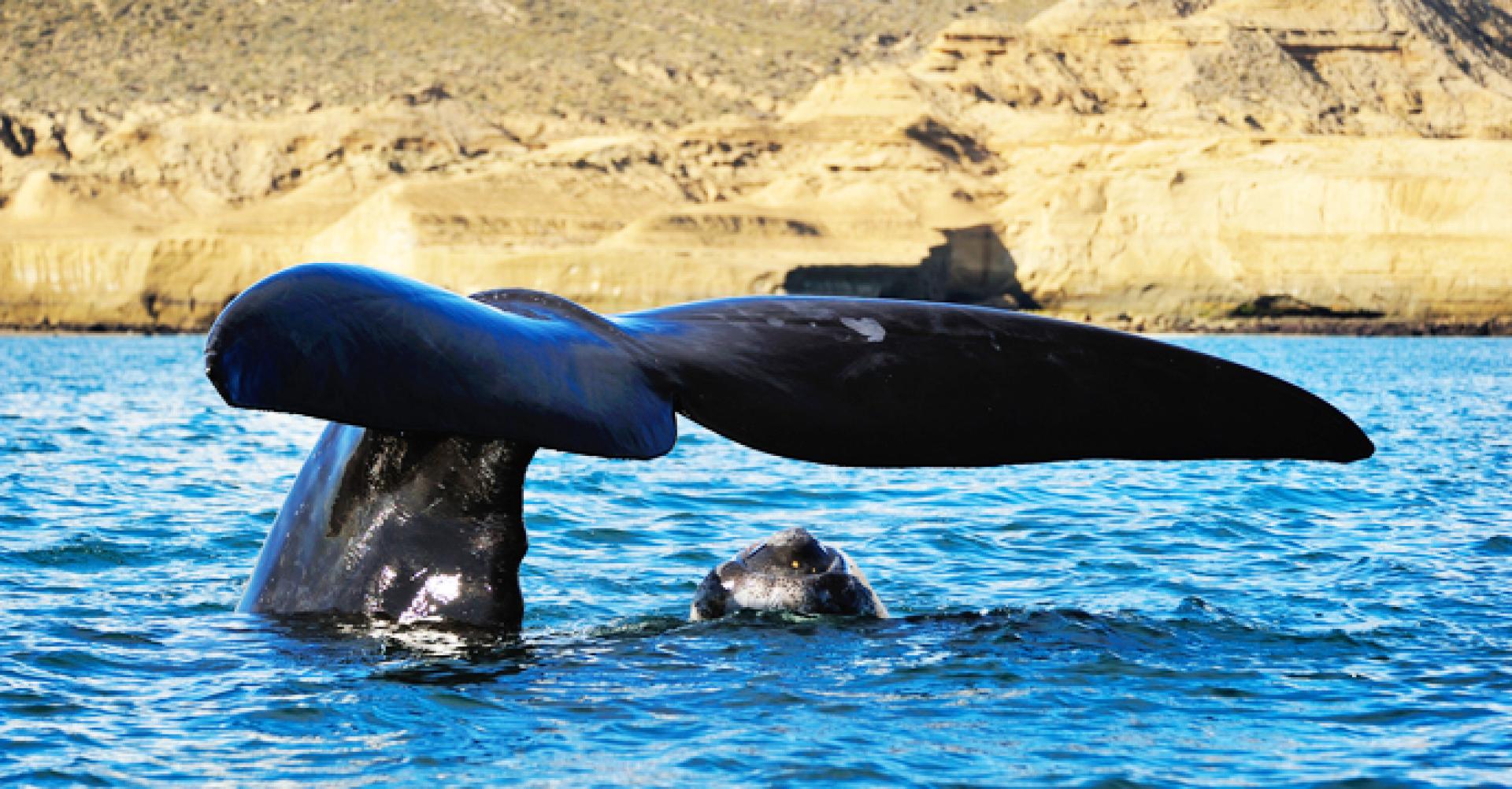 The preservation of the oceans is a national priority encompassed within the frame of the 2030 Agenda of Sustainable Development. The creation of the National System of Protected Marine Areas, the scientific cooperation with the United States of America and the participation in the “Our Oceans” conference are some of the recent actions which reinforce the Argentine Commitment with the preservation of the seas and with environmental protection.

It is essential that oceans be used in a fair and sustainable manner for a country such as Argentina with a sea coast stretching over 4,700 km. From a biological viewpoint, the primary productivity of Argentine maritime areas plays an important role in capturing atmospheric carbon dioxide, a key factor in efforts against Climate Change. In turn, in economic terms, the fishing sector is a large source of employment: more than 170 firms with a fleet of more than 600 vessels operate along the Argentine sea coast.

With the aim of protecting oceans and their resources, Argentina not only actively participates in the progressive development of international maritime law, but also treasures a scientific tradition dating back to the 19th century. To continue this tradition, the Argentine Government is currently fostering the “Pampa Azul” initiative in the field of scientific research, aimed at coordinating all efforts related to the sea, carried out by the public sector, in order to achieve greater knowledge of South Atlantic ecosystems and to enhance the management of their natural resources.

To this end, the first Argentina-United States meeting on ocean sciences was held on 22-25 August, in the city of Mar del Plata, to promote cooperation among academic, government and research institutions of both countries. Specific focus was placed on four fields: ocean, climate change; fisheries, ecosystems and biodiversity; observation systems and technology, and data management.

Later, in September, Foreign Minister Susana Malcorra and the Undersecretary for Fisheries and Aquaculture of the Argentine Ministry of Agro-industry, Tomás Gerpe, participated in the "Our Ocean" Conference in Washington, D.C. The purpose of this initiative was to undertake unilateral action commitments to protect and preserve the ocean and its resources with a focus on the analysis of protected marine areas; sustainable fisheries; marine contamination, and climate-related ocean impact.

Also, in compliance with international agreements such as the one reached in the 7th Conference of the Parties to the Convention on Biological Diversity and the 2011-2020 Aichi goals, Argentina created the National System of Marine Protected Areas whereby it undertook a commitment to create Protected Marine Areas in 10% of its maritime space. In fact, the Argentine territorial sea already has the largest protected marine surface area in the subcontinent, ranking among the largest worldwide. In addition to the above-mentioned National System, other Action Plans aimed at preventing, discouraging and eliminating illegal, unreported and unregulated fishing are in force at a national level for the preservation of several species.

With regard to the developed technological efforts, Argentina has made progress in two important fields: on one hand, the Aquarius/SAC-D Satellite Mission, which has deepened our knowledge of salinity distribution and its impact on global ocean circulation; and on the other, the Sabia-Mar project, an Argentine-Brazilian Satellite that the Argentine National Commission for Space Activities (CONAE) plans on launching into space on a future date in order to collect information on the sea.

All these initiatives, be they Argentine, bilateral or multilateral, seek to complement other international efforts implemented in this field, being the 2030 Agenda for Sustainable Development the most prominent amongst them. The 14th objetive of this agreement—conceived within the scope of the United Nations—addresses the preservation and sustainable use of oceans, seas and marine resources.

The preservation and protection of our oceans and the provision of solutions to the challenges they face require both individual and collective commitments and contributions. A holistic and comprehensive approach at a global, national and local level can make the well-known environmentalist “mantra” come true: “think globally, act locally.”