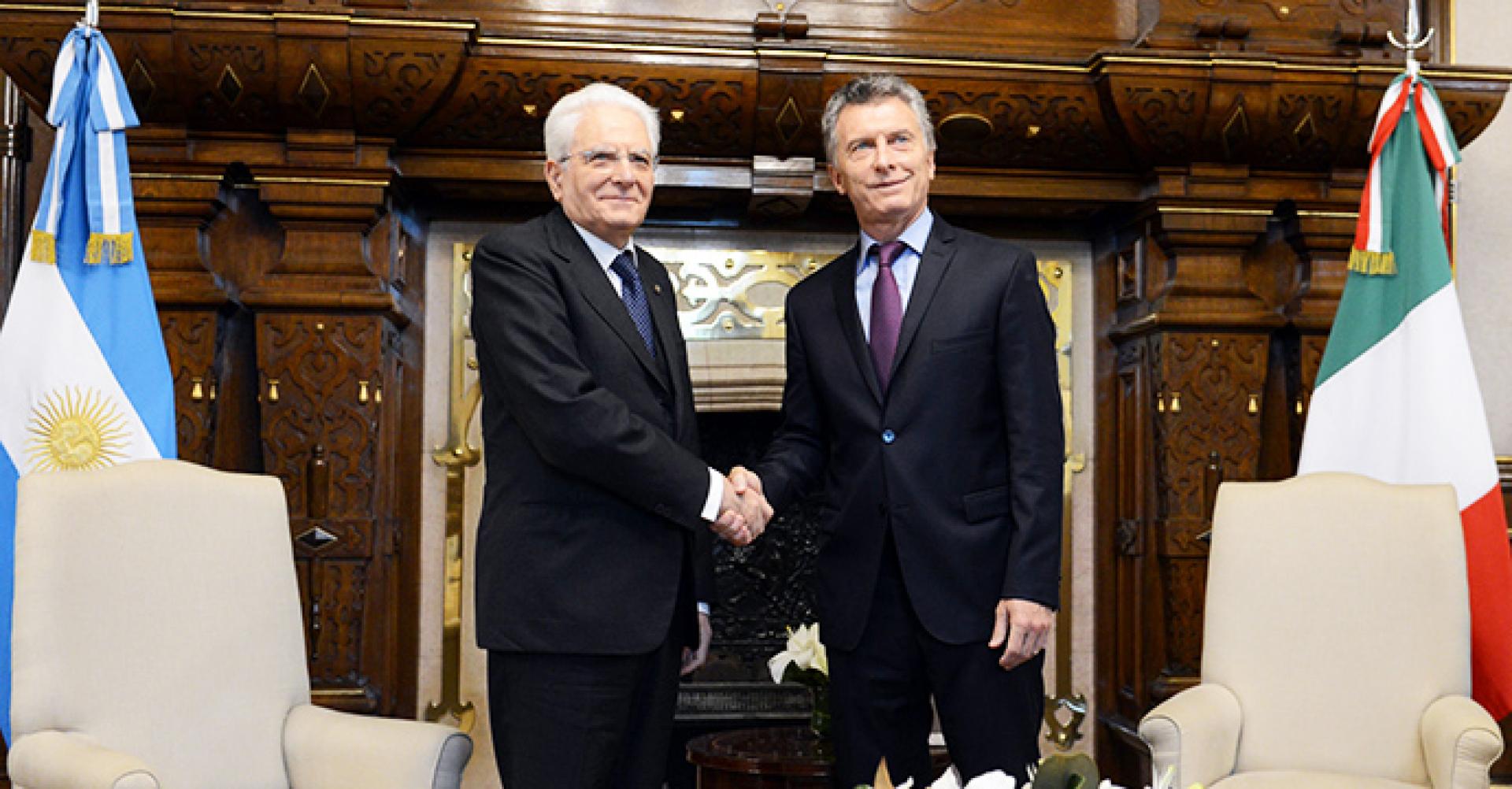 The President of Italy in Argentina

Sergio Mattarella's recent visit was a propitious opportunity to foster bilateral trade, conclude agreements on a wide range of issues and promote bilateral trade and investment through the Argentina-Italy Business Forum.

Sixteen years after the last visit by an Italian President to Argentina, Sergio Mattarella, the incumbent Italian President, made his first visit to our country on 7-10 May, a milestone in the growing political convergence between the two countries. In the context of the State visit, Mattarella held meetings with representatives from the three branches of the Argentine Government.

Following his meeting with President Mauricio Macri, a series of agreements were signed to strengthen and expand bilateral cooperation on legal assistance, security, science and technology, climate change, and cultural and educational matters, among other important issues.

On the trade front, President Mattarella was accompanied by 44 Italian companies that participated in the Argentina-Italy Business Forum, which served as a valuable forum for the establishment of direct contacts between companies from both countries, with a view to identifying new joint trade and investment opportunities. In addition, a special focus was placed on such sectors as infrastructure and transport, mechanics and high technology, energy, and agroindustry.

At the multilateral level, Argentina highlighted Italy's role as a key ally on the path towards an agreement between Mercosur and the European Union, given its support for the negotiation. In relation to this, both countries underlined their shared expectations with regard to the success of the upcoming WTO Ministerial Conference, to be held on 11-14 December in Buenos Aires, as well as for a fruitful Argentine G20 Presidency next year, placing considerable value on close collaboration in the context of that forum.

Finally, President Mattarella later travelled to the city of Bariloche to visit the facilities of INVAP, an Argentine state-of-the-art space and technology institute, and meet its scientists and officials, as well as to meet with representatives from the Argentine National Atomic Energy Commission (CNEA).

Argentina and Italy have had a historically very close and active relationship. As demonstrated by the Italian President's visit, this relationship is going through a new stage, which includes developing a positive agenda based on shared values, collaborating on a wide array of issues and broadening the scope of action so as to tap into the vast existing potential.