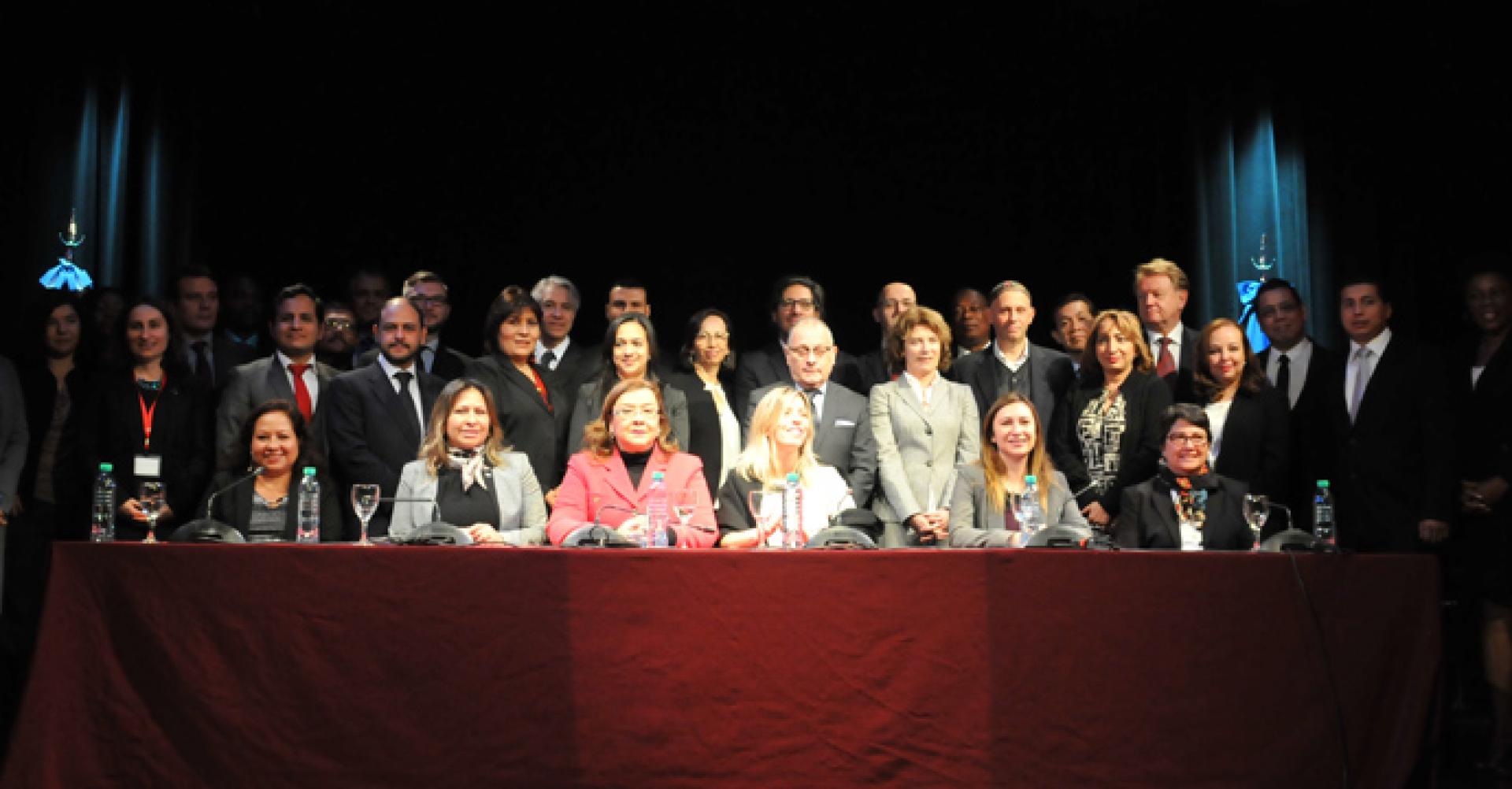 Principle 10: Collaborative work to engage the citizenry in environmental matters

The Seventh Meeting of the Negotiating Committee of Principle 10, held in Buenos Aires, was a major step towards the final stages of the negotiation of the Regional Agreement on Environmental Matters. A positive result was obtained with the collaboration of all sides, achieving concrete progress on the text that will become a regional instrument on rights of access in environmental matters.

The Argentine Government and the Economic Commission for Latin America and the Caribbean (ECLAC) jointly organized the "Seventh Meeting of the Negotiating Committee of the Regional Agreement on Access to Information, Public Participation and Access to Justice in Environmental Matters in Latin America and the Caribbean (Principle 10)", held from 31 July to 4 August in Buenos Aires.

The Agreement seeks to enforce the rights of access to information, public participation and access to justice in environmental matters; in other words, Member States will have to implement appropriate measures so that citizens can access, for example, information on works such as roads and dams, climate change, endangered species, among many other issues. In addition, the measures will seek to make it easier, for citizens wishing to do so, to take part in decision-making processes on those matters. Citizens may thus attend public hearings or meetings held, for instance, if works affecting the environment are to be performed. If necessary, they will also be able to access justice to submit, for example, a request for information, among other actions.

With the accession of Saint Lucia as a new signatory country, representatives from 24 Latin American and Caribbean countries which support the regional initiative for the effective application of Principle 10 of the Rio Declaration on Environment and Development met at the Palacio San Martín for several days in order to continue negotiating the Agreement. This was a turning point in the process, which is already in its final stages.

At the meeting, for the first time since the beginning of negotiations, agreement was reached on the text of the articles on Access to Information and Public Participation (6, 7 and 8) and preliminary discussions were held as regards the article on Access to Justice. In terms of access to information, the agreement seeks to have national institutions adopt a more proactive approach to providing and making information available. In that regard, the agreement overall goes beyond the environmental rights already recognized by many countries, recommending that public institutions carry out more effective work that is more open to the citizenry. This will guarantee rights of access for all citizens, without distinctions.

On the other hand, the agreement will establish a "minimum floor" in terms of contents but one which will apply to large area, i.e. all of Latin America and the Caribbean. This helps to align the positions of countries which have not yet enacted legislation on this issue, allowing them to improve their standards in line with more advanced ones. It also provides a broader forum for cooperation and the exchange of experiences among all countries.

Taking stock of the meeting, the representative of the Climate Change Commission of the Consultative Council of Civil Society highlighted, among other matters, that: "Regardless of the existing disparity among the 24 States in terms of environmental legislation, this agreement will enable the establishment of a higher standard of regulations in the region than that which currently exists."

Finally, a key feature of the Buenos Aires meeting, as well as all meetings held since the beginning of the process in 2012, was the high degree of participation by a very active civil society. This means that NGOs and academics interested in the process, as well as other actors who wish to become involved, can participate in the discussions alongside countries. All working meetings are public and broadcast on the Internet, which enables even greater involvement, in spite of physical distance. This is also coupled with the fact that all comments, both by countries and by civil society, and all working documents, are published on the website of the process.

Ministry of Foreign Affairs and Worship