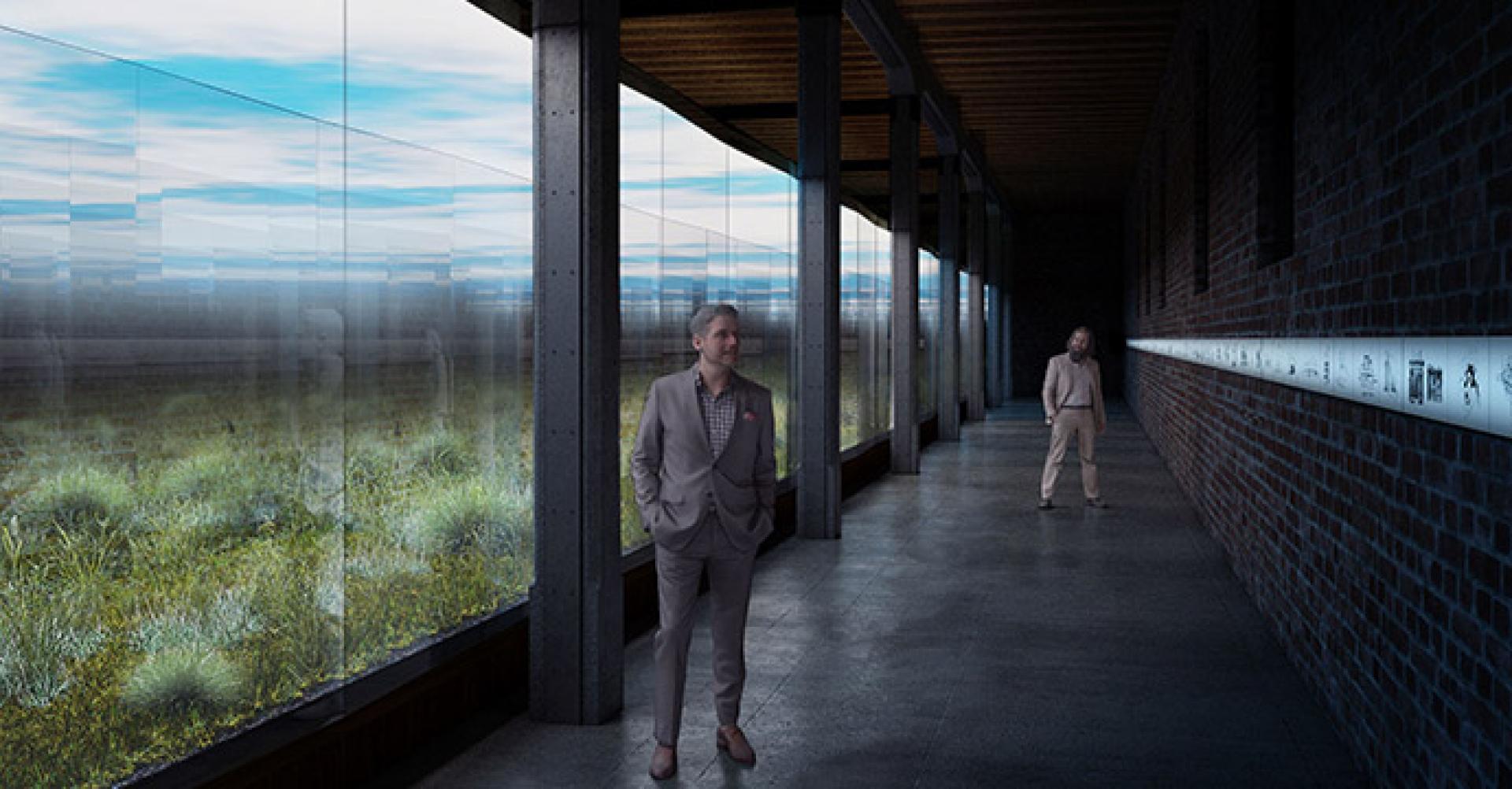 The project that won the contest organized by the National Directorate for Cultural Affairs of the Argentine Foreign Ministry, alongside the Argentine Federation of Architectural Organizations (FADEA), the Central Society of Architects (SCA) and the Professional Council of Architecture and Urbanism (CPAU), is Horizontal Vertigo, created by architects Francisco Garrido, Pablo Anzilutti, Javier Mendiondo and Federico Cairoli, with Rodrigo Bordiga, Juan Juárez, Alejandro Irucco, Federico Viudez and Pino Sollazzo as advisors.

The Jury, chaired by the National Director for Cultural Affairs, Ambassador Mauricio Wainrot, was comprised of the presidents of the three institutions: architects Eduardo Bekinschtein of the SCA, Augusto Penedo of the CPAU, and Gerardo Montaruli of the FADEA, as well as architects Emilio Rivoira, Alberto Sbarra and Alberto Varas, each representing one of the three institutions, and architect Daniel Becker, selected by the contest participants.

Project Horizontal Vertigo will be presented at the 2018 Venice Biennale, the biggest architecture exhibition, in which 40 countries participate and which is to be held from 26 May to 25 November 2018. It will be showcased at the Argentine Pavilion in the Venetian Arsenal, where a glass structure 23 metres long and over 2 metres high will be displayed. Inside the glass structure, visitors will view an "abstract plain", that is, a scene of the traditional Pampean landscape: on the ceiling, the Argentine sky; and on the floor, a wheat field. The pavilion will be completely dark and illumination will stem from the structure itself, so as to captivate visitors.

The architects chose this design in order for visitors to look inside the box and see the pictures reflected tenfold on the mirrored glass. This creates the illusion of a horizon leading to a dark area, where 40 original sketches by Argentine architects from Patagonia to Misiones Province will be displayed.

The structure is built by assembling modules, which enables it to be reassembled at different places -museums, exhibitions, fairs- both in Argentina and in other countries. This feature makes Horizontal Vertigo an itinerant exhibition.

The winning group comprised of architects Franciso Garrido, Pablo Anzilutti, Javier Mendiondo and Federico Cairoli, all from Santa Fe Province, has already won several contests. According to the authors, "Horizontal Vertigo" is a concept appropriated by Borges: he was introduced to it by a friend in the outskirts of Buenos Aires, gazing at the vast pampas in a spirit of timeless solitude and distance."

"It is a concept intended to show the vast territory of Argentina with all its potential and multiple and diverse initiatives, which often interact, get boosted and fade, and make up a scattered fabric which is very interesting to show. We are aware that this is somehow the situation of architecture nowadays. There are not so many hierarchical structures, but rather horizontality, communication and interaction, which is what we wanted to highlight," they explained.