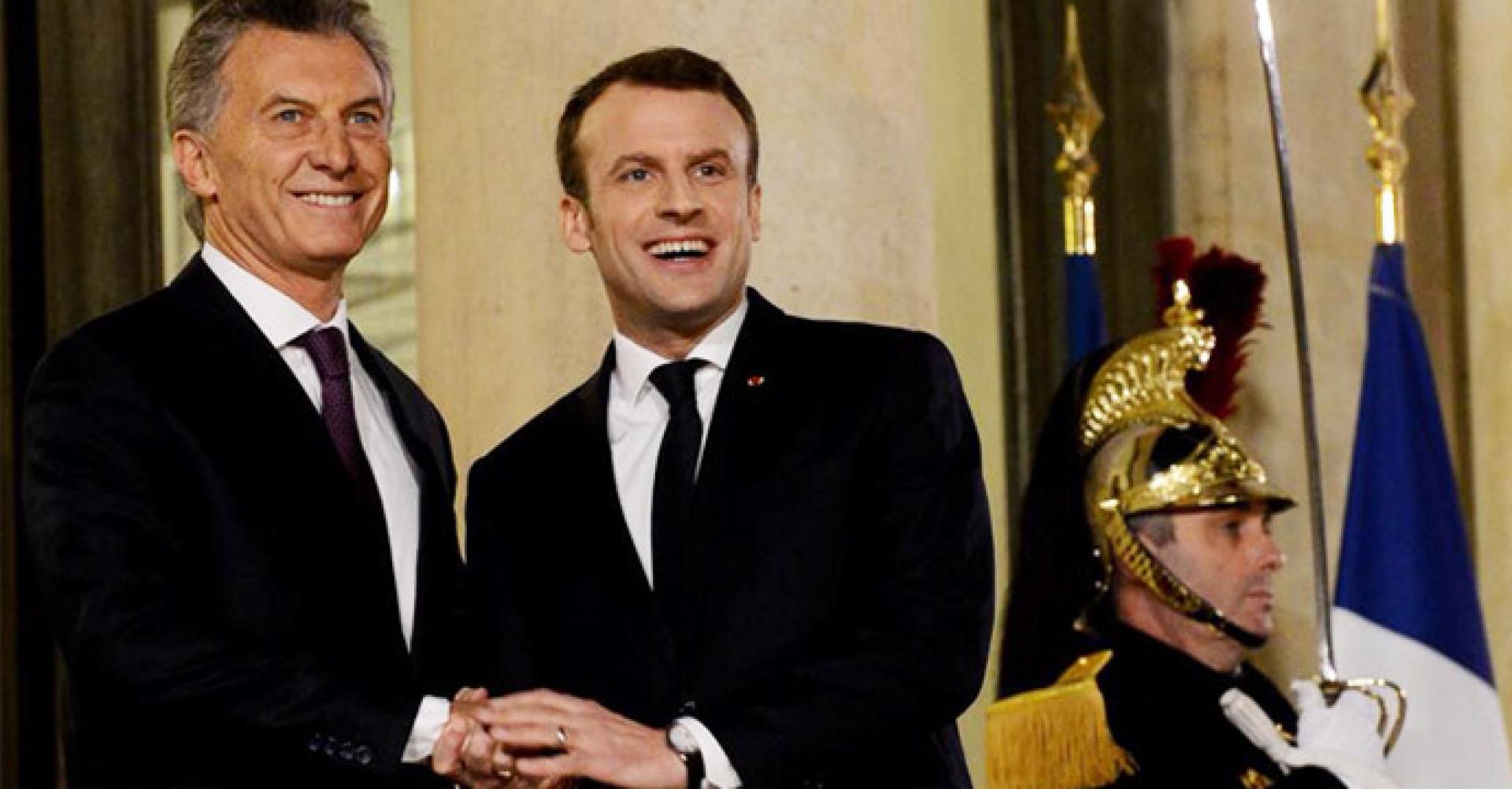 Working Visit to the French Republic

President Macri visited the French Republic, within the framework of Argentina’s strategy of smart insertion into the world. The aim of the visit was to revitalize the ties with one of Argentina's historical partners, with which we share a privileged and strongly rooted relationship and a wide range of values.

Since December 2015, and within the framework of Argentina's new political drive to establish international relations, the two governments have strengthened their cooperation in several fields: universities and science; culture; economy and trade; space; security and human rights, among others.

In this context, President Macri paid a Working Visit to the French Republic, where he was received by President Emmanuel Macron at the Élysée Palace, the official residence of the French President.

The meeting served as an opportunity to review the most important issues on the bilateral agenda and several bi-regional and multilateral issues. Among the multilateral issues, the President underscored the negotiation process of the MERCOSUR-EU agreement and thanked France for its support for the Argentine Republic's accession to the OECD. Furthermore, considering that Argentina will hold the G20 Presidency during 2018, the two leaders shared their views on the major global challenges and the identification of new opportunities, with a view to joining efforts at the G20. Within the different topics addressed by the forum throughout the year, Argentina and France co-chair the Anti-corruption Working Group.

As regards bilateral issues, questions of great interest for the two countries were addressed, such as the exchange of diplomatic archives for investigating serious human rights violations.

This working visit did not only entail high-level political meetings, but also a busy agenda on trade and investment, which continues opening up opportunities for the people of both countries. During the last two years, Argentina and France have revitalized their strong historical ties through the Joint Economic Declaration and Roadmap, signed in February 2016, which defined the relationship between the two countries as "privileged" and established the basis for forging closer ties.

The schedule of the visit included a working breakfast, coordinated by the Movement of the Enterprises of France (MEDEF), with over 80 businesspeople interested in developing investment projects in Argentina, in areas such as infrastructure, energy, food and distribution, start-ups, banks and mutual funds.  The schedule then included a working lunch with leading businesspeople at the offices of the Rotschild Group and finished with a visit to "Station F" campus, France's largest start-up facility and one of the most important ones in Europe.

France is the eighth most important foreign investor in Argentina. In addition, Argentina is France's third trade partner in Latin America. There are around 250 French companies operating in Argentina, creating nearly 50,000 jobs.

This visit served as an opportunity to reaffirm the great, rich and close relationship between the two countries.