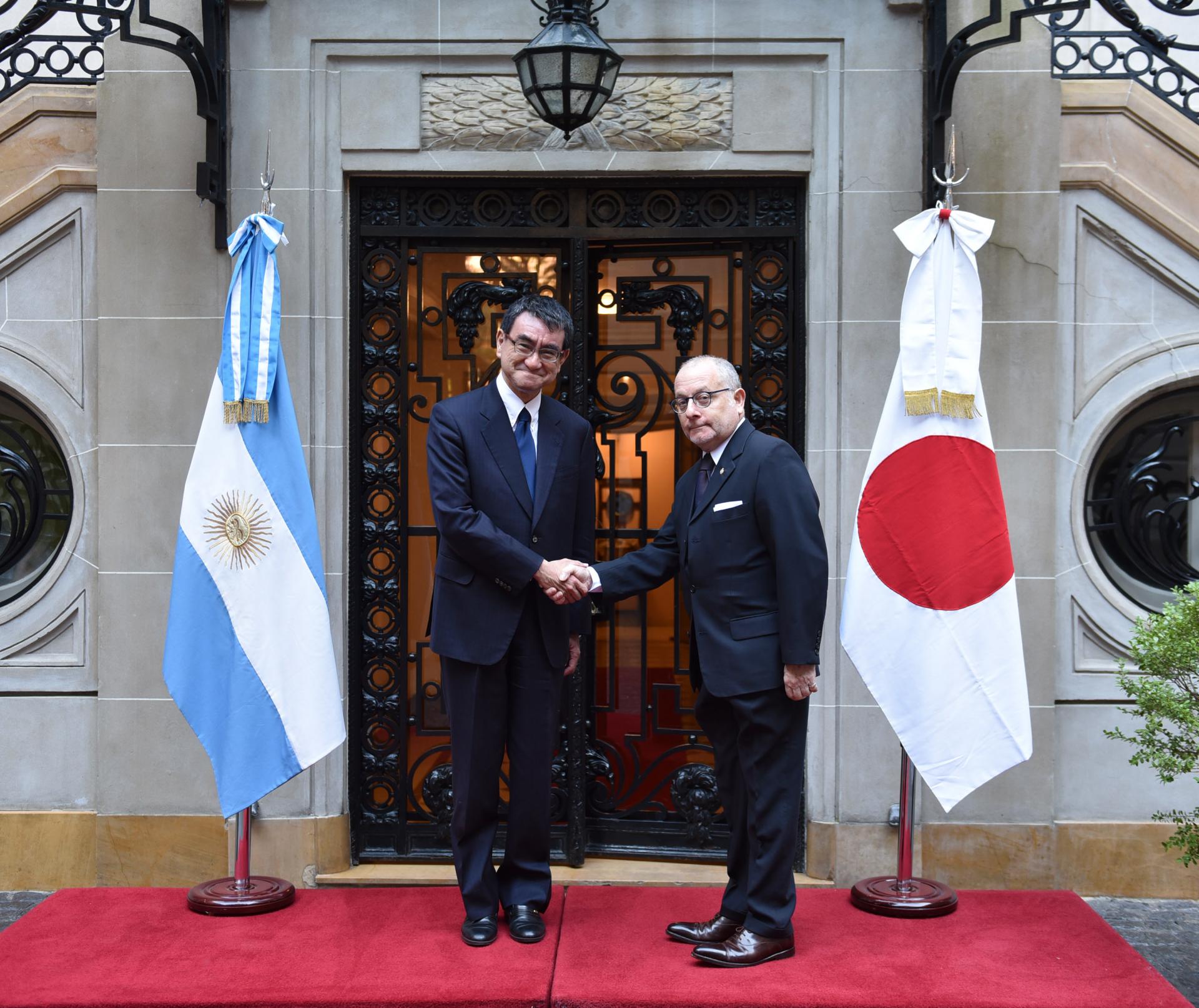 The Foreign Ministers highlighted the excellent state of bilateral relations and expressed their shared interest in strengthening the strategic partnership between Argentina and Japan, noting that 2018 marks the 120th anniversary of the establishment of diplomatic relations.

Foreign Minister Kono informed the Argentine Foreign Minister that Japan supports the structural reforms being carried out by the Argentine Government, as it believes that such reforms will lead to a more open and world-integrated economy. The Ministers also addressed the progress made in the MERCOSUR - Japan dialogue and Faurie in turn thanked his Japanese counterpart for Japan's support for Argentina's OECD membership bid.

They also addressed the progress made as regards negotiations in order for Argentine agricultural and livestock products, such as meat and fruit, to gain access to the Japanese market, as well as investment opportunities for Japanese companies in Argentina. In addition, the Ministers made a commitment to promoting the various bilateral agreements under negotiation.

Finally, Kono and Faurie agreed to strengthen the two countries' joint work towards advancing the G20 agenda and guaranteeing continuity regarding the most important issues, as Japan will succeed Argentina as the G20 Chair late this year.