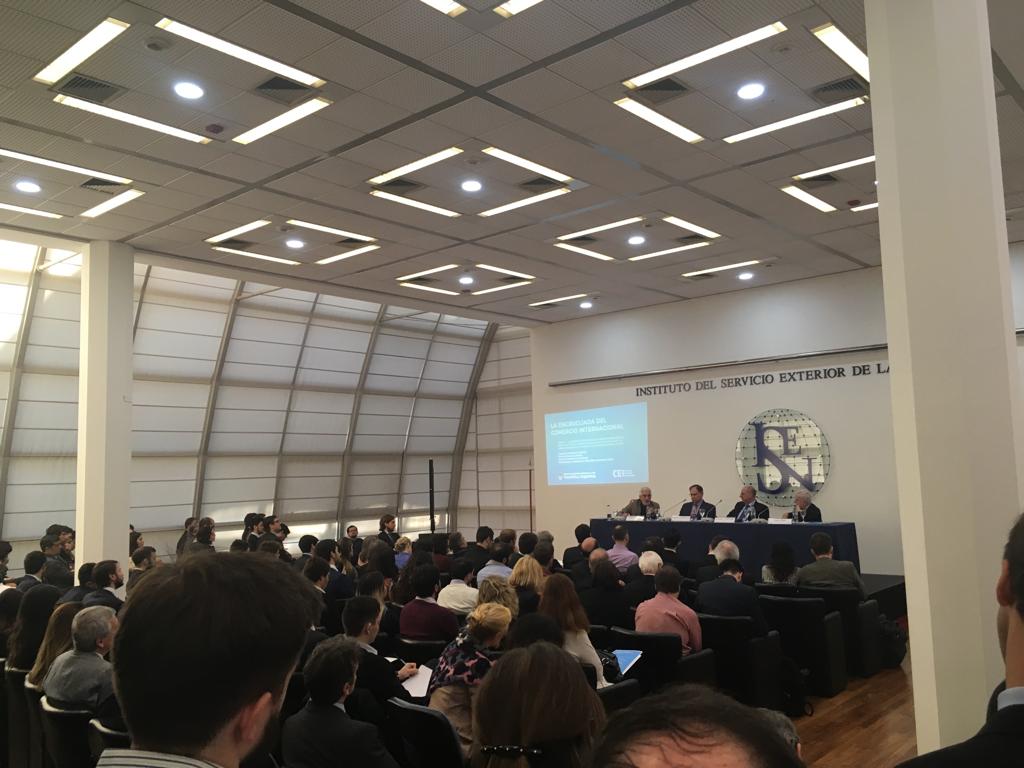 Seminar “At the crossroads of international trade”

The Centre for International Economy (CEI) of the Argentine Ministry of Foreign Affairs held the seminar “At the crossroads of international trade” on 19 September. The opening ceremony of the event, which took place in the auditorium of the Foreign Service Institute of the Nation (ISEN), was headed by the Secretary for International Economic Relations, Horacio Reyser, and the Director of the CEI, Celina Pena.

During the seminar, the speakers reflected on the changes in power relations and their influence on the international economic sphere. In this context, reference was made to the recently held G-20 Trade and Investment Ministerial Meeting, that acknowledged the need to intensify dialogue and actions to mitigate risks and increase confidence in international trade. In this regard, there was agreement on the need for an urgent revitalisation of the multilateral trading system. The lecturers also presented the results of the studies of the impact of the unilateral trade measures both on the world economy and on the Argentine agricultural sector in particular.

The conclusions were given by Mauricio Mesquita Moreira (IDB), who highlighted the need to advance in the convergence of regional markets as a way to maximise profits in terms of trade. The event was closed by the Undersecretary of Trade Strategy and Economic Promotion, Javier Arana.