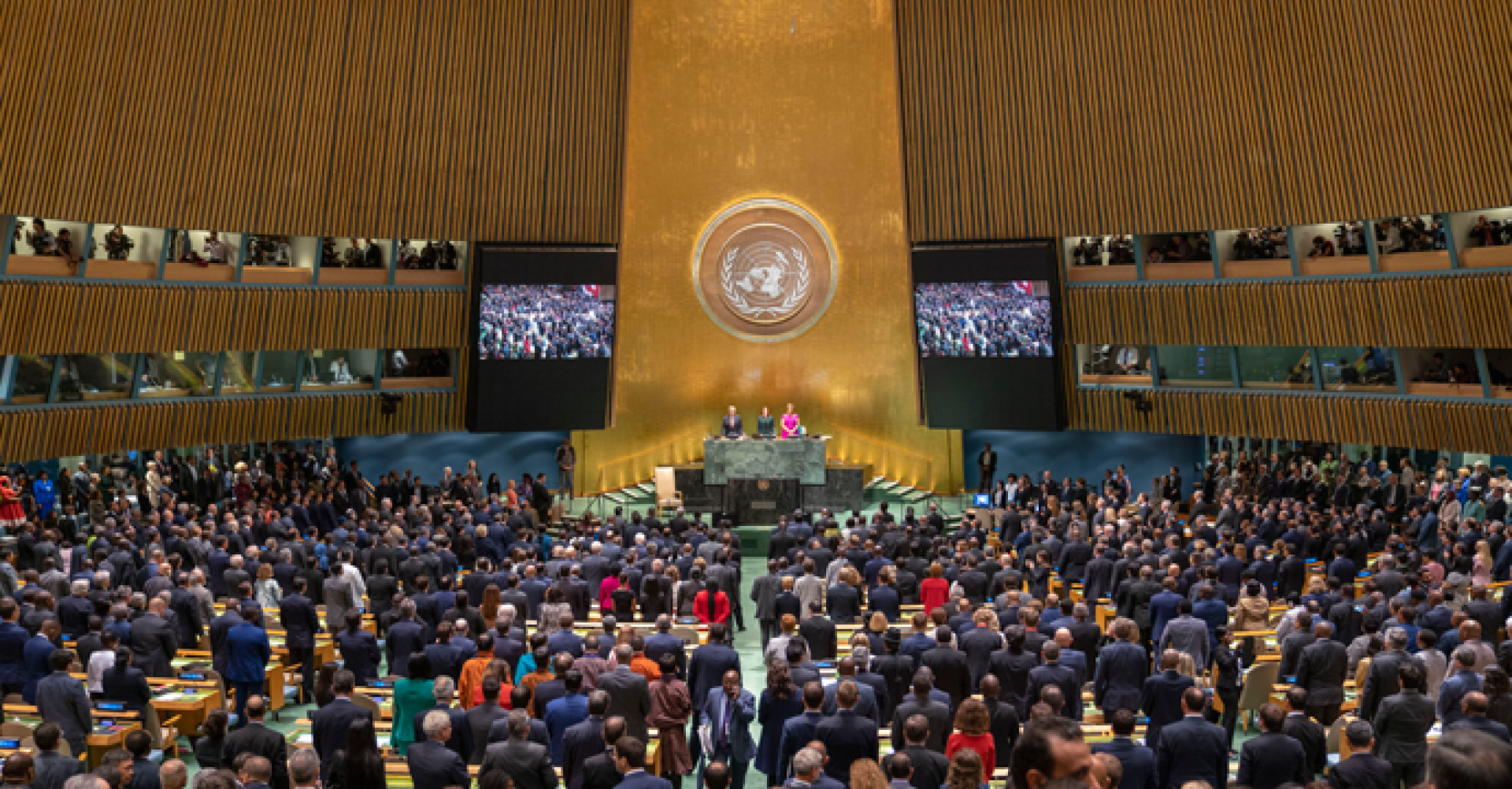 From 24 September to 1 October, the Argentine Delegation took part in the General Debate of the 73rd session of the General Assembly.

Every year, Heads of State and Government of UN Member States, or their Foreign Ministers, deliver an address to present their positions in relation to different items on the international agenda and to underscore their priorities.

The Argentine Delegation was headed by the President of the Argentine Republic, Mauricio Macri, who delivered his speech before the General Assembly on 25 September, ratifying his commitment to Argentina becoming a leading actor and integrated to the world. He also attended a Meeting of Presidents of MERCOSUR Member States.

In addition, the Foreign Minister, Ambassador Jorge Faurie, participated in a series of activities, organized in parallel to the General Debate. On 24 September, he attended the Nelson Mandela Peace Summit, convened by the General Assembly to commemorate the 100th anniversary of the birth of the former South African President. Within this context, he stressed that Nelson Mandela continues to be an inspiration for all, thanks to his support for the reconciliation of peoples and his defence of poor and vulnerable communities.

Faurie also attended a meeting headed by President Trump on the global call to action on the world drug problem. On this occasion, the goal was to highlight the international political determination to increase the efficacy of the efforts to address and counter the serious threat posed by drugs at the global level.

Furthermore, he was one of the key speakers at a high-level meeting of the Global Alliance to end trade in tools of torture, capital punishment and any other cruel, inhuman or degrading treatment or punishment.

Faurie was also one of the key speakers at a high-level meeting in favour of the promotion and protection of the human rights of members of the LGBTI community. Furthermore, he held a series of bilateral meetings on political and trade issues.

The Argentine Delegation, through different representatives, participated in several events and activities. The Delegation attended the Annual Meeting of Ministers for Foreign Affairs of the Group of 77 and China, in which all 134 Member States presented their priorities on the UN General Assembly agenda items which they are currently working on: economic, social and environmental development, climate change and oceans, among others.

Argentina was one of the countries responsible for establishing a new platform, sponsored by the European Union, called "Good Human Rights Stories Initiative". The goal of the platform is to disseminate a positive narrative on human rights in order to strengthen cross-regional cooperation, so Argentina shared its experience on migration and refugee matters.

Representatives attended various meetings on key issues for Argentina's foreign policy, such as the implementation and funding of the 2030 Agenda for Sustainable Development, international cooperation for the development, promotion and protection of the human rights of senior citizens, among others.

The Argentine Delegation also participated in several meetings on United Nations peacekeeping operations, to which Argentina has been contributing for 60 years with military, police and civilian personnel.

Argentine representatives attended meetings on the involvement of women at all stages of peace and conflict solving processes in various countries. Finally, the Delegation attended a high-level meeting on the scourge of femicide in the region and ways to strengthen the protection of women's rights.