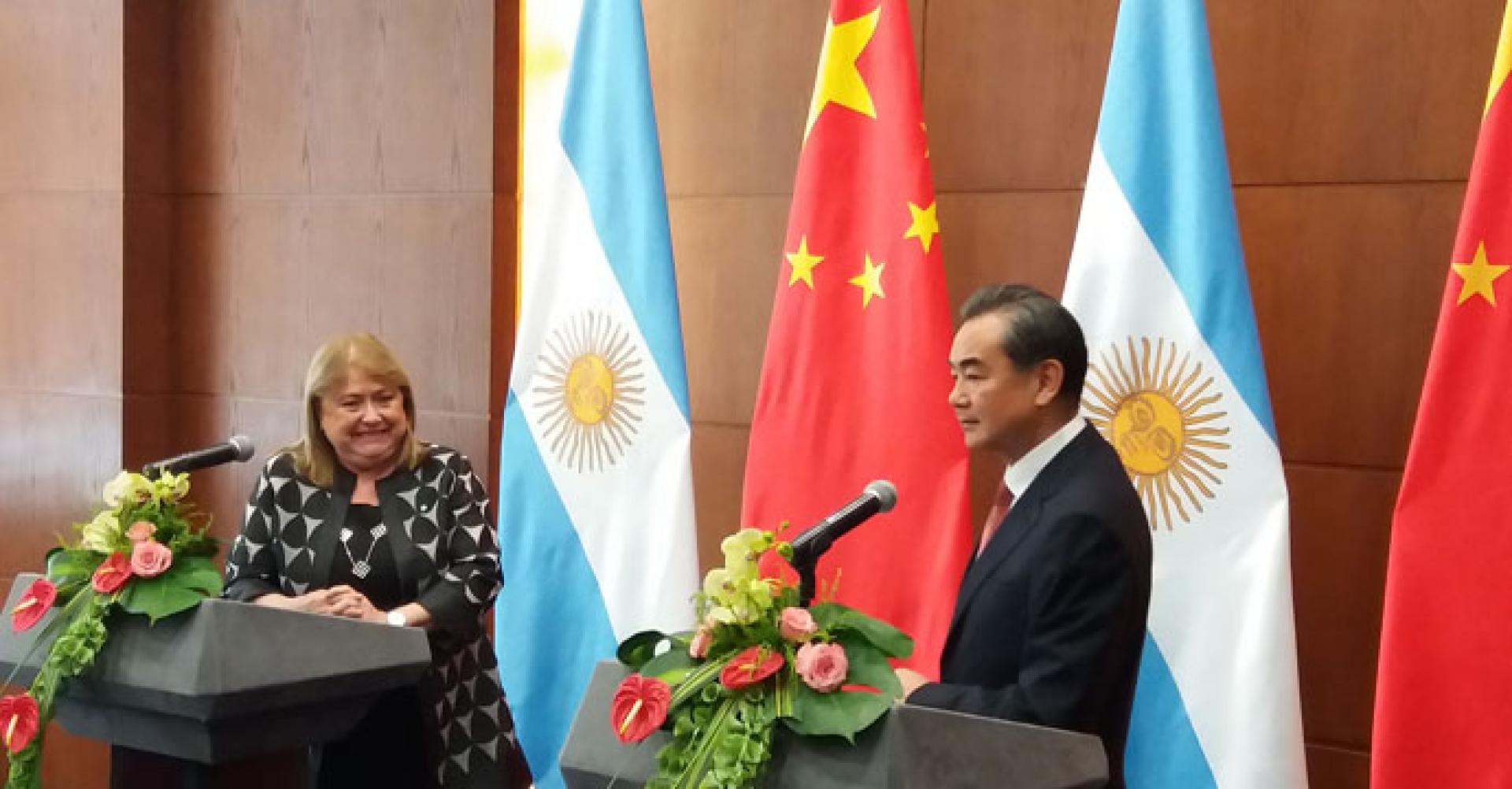 45th Anniversary of diplomatic relations between Argentina and China

The Argentine Republic and the People's Republic of China established diplomatic relations in 1972. The year 2017 will mark the 45th anniversary of this historic event, with a strengthening of our bilateral relations through increased cooperation, trade, investment flows and coordination at the different multilateral fora of which the two countries are members.

19 February 2017 marks the 45th anniversary of the establishment of diplomatic relations between the Argentine Republic and the People's Republic of China, normalized through the Bucharest Communiqué. In addition to the political and economic bonds forged during these years by the two States and to our cooperation at various multilateral fora, our bilateral relationship is based on growing mutual understanding between the two civil societies. Since 1972, bilateral relations have developed in a harmonious and sustained way. This is demonstrated by the frequency and continuity of high-level meetings between the two Governments, which have notably increased in recent years.

In economic terms, China has become the second trade partner of Argentina, which has resulted in enhanced cooperation and an increase in trade and investment flows. Progress in the implementation of several joint projects in the field of rail transport, energy, mining, infrastructure and public works has underpinned this process. Chinese investments in Argentina have multiplied in different sectors such as mining, oil and gas, hydropower, nuclear energy, solar energy, biodiesel, transportation, telecommunications and electronics.

On the occasion of the visit by Chinese President Xi Jinping to Argentina in 2014, a comprehensive strategic partnership was established, which revitalized and upgraded bilateral relations. This set the course for the bilateral relationship to grow in all directions, encompassing all possible areas with a high level of cooperation and coordination, both at the bilateral and multilateral levels.

In 2016, Argentina displayed its interest in continuing to strengthen its comprehensive strategic partnership with China. This decision led to prominent high-level meetings between the two Governments. In fact, President Mauricio Macri met twice with his Chinese counterpart. The first meeting took place during the Nuclear Security Summit held in March in Washington (USA), and the second one took place during the G-20 Summit in Hangzhou (China) in September. Similarly, Foreign Minister Susana Malcorra and other ministers of the Argentine Executive visited China during 2016.

In 2017, Argentina intends to take a number of steps aimed at strengthening its ties with China.  During the first semester, President Mauricio Macri will travel to China on a State Visit. In addition, Foreign Minister Malcorra will head the Second Meeting of the Standing Committee, and the Undersecretary for Foreign Policy of the Argentine Foreign Ministry, Gustavo Zlauvinen, will attend a meeting of the Political Sub-committee in Beijing. Although 2016 was a very busy year, 2017 promises to bring even greater challenges.