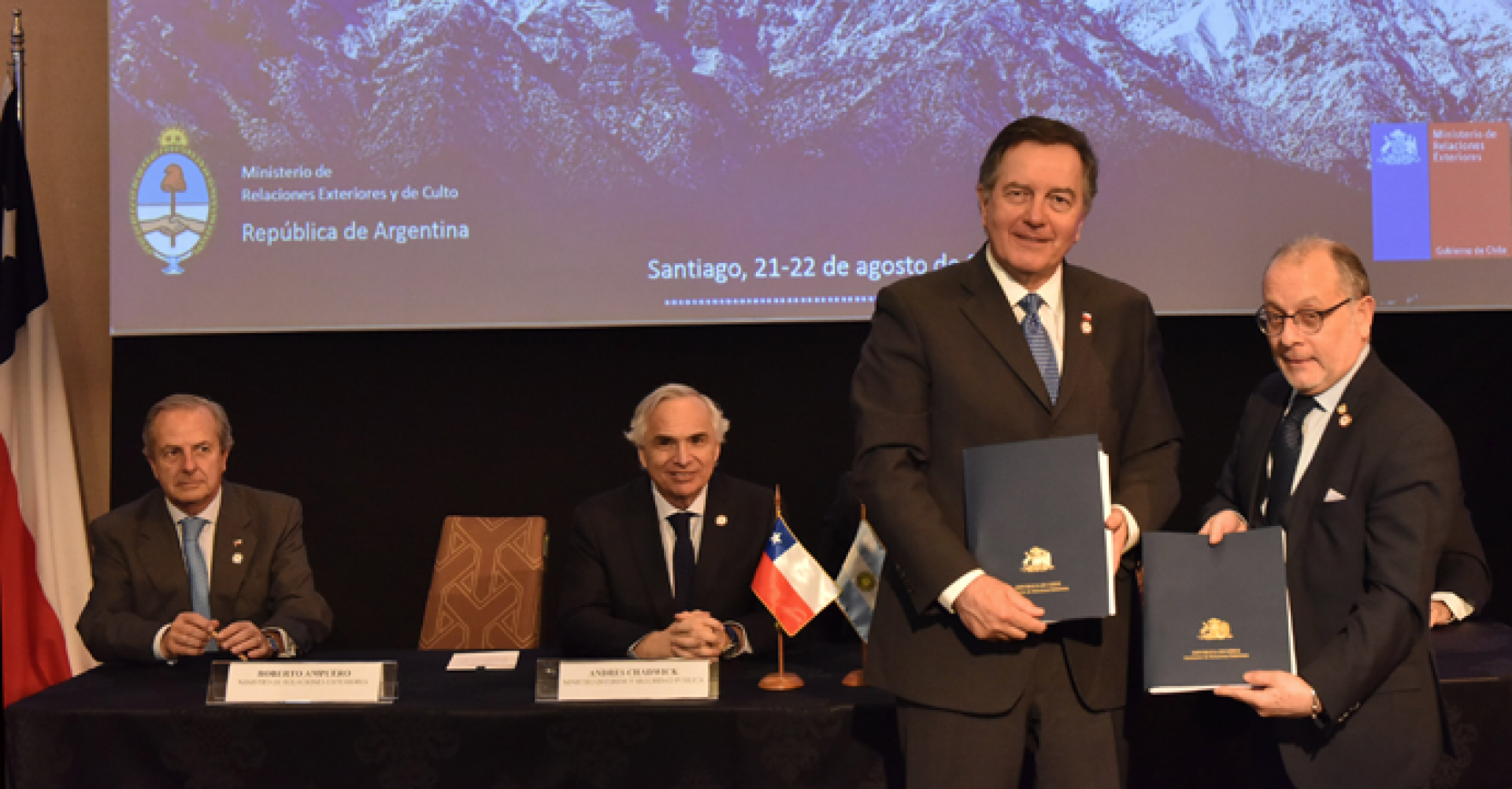 On 22 August, the 9th Argentina-Chile Binational Meeting of Ministers was held in Santiago de Chile, as a follow-up to the agreement reached last April between President Mauricio Macri and his Chilean counterpart, Sebastián Piñera.

Foreign Minister Jorge Faurie headed the delegation comprised of thirteen ministers that attended the Binational Meeting, at which the Chief of Cabinet of Ministers, Marcos Peña, was also present.

This meeting is the highest political-level forum after presidential meetings, and it is one of the mechanisms established under the Treaty of Maipú on Integration and Cooperation of 2009.

"We share with Chile a border of over 5 thousand kilometres, so our bilateral relationship is imbued with unique value and complexity. Both peoples share a common destiny in which integration is a State policy," Foreign Minister Faurie stated at the opening of the Meeting.

"Our two countries have the willingness to become integrated: Chile as a member of the Pacific Alliance and Argentina as a member of Mercosur, and we are together in a process of strengthening ties through one of the most meaningful economic complementarity agreements at a regional level," he added.

After the opening, Faurie attended a meeting with his Chilean counterpart and the Ministers of Defence of both countries, known as the "2+2 Mechanism", a strategic dialogue framework setting an example for the region in terms of mechanisms for transparency and trust-building.

The Binational Meeting of Ministers was structured around six themes:

In addition, fifteen agreements on several issues were signed within the framework of the Binational Meeting of Ministers, including: Opening and Closing of the Cristo Redentor Border Crossing; Mutual recognition of tourist visas issued for nationals of the People’s Republic of China; Recognition of diplomas and certificates of primary/elementary, secondary/high-school and higher education, except for university degrees; Cooperation in marine biodiversity and climate change and Cooperation in the prevention, investigation and detection of human trafficking, among others.

This new Argentina-Chile Binational Meeting of Ministers was once again a testimony to the high-level ties between the two countries, with various issues of shared interest on a broad agenda. The Binational Meeting of Minister also set the road map on which the two countries must work so as to reach smart integration for the benefit of both peoples on each side of the Andes range.