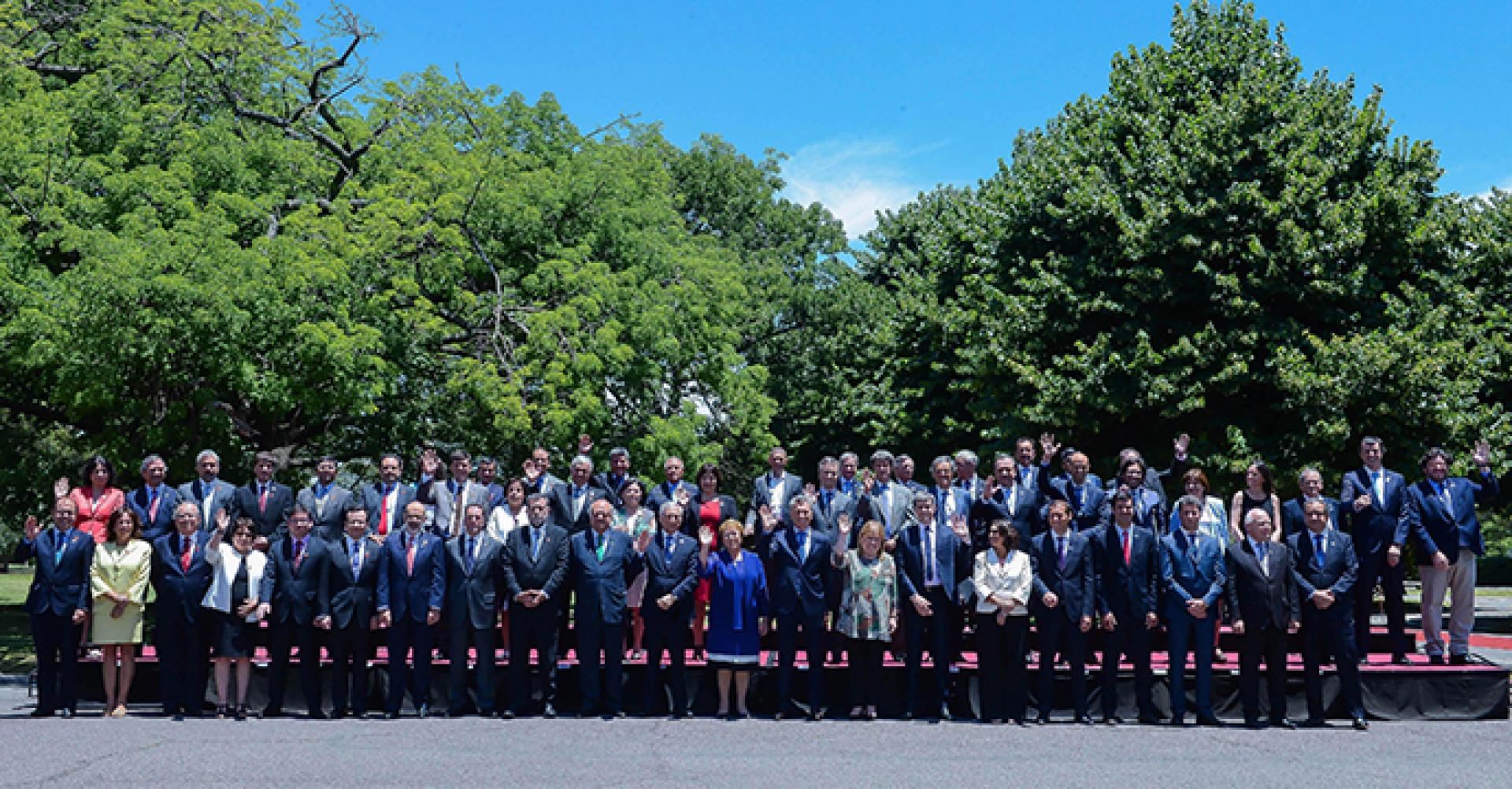 Another step forward in Argentina’s bilateral relationship with Chile

The Eighth Binational Meeting of Argentine and Chilean Ministers and the Sixth Meeting of Argentine and Chilean Governors of the Shared Border were held in December 2016. At both meetings, in the context of the official visit to Argentina by Chilean President Michelle Bachelet, participants discussed progress in the relationship between the two countries, identified priorities for the implementation of the shared agenda, and concluded agreements in several fields.

Since the Foreign Ministers' meeting in January 2016, Argentina and Chile decided to make progress in the strategic strengthening of their bilateral relationship. In that context, the Eighth Binational Meeting of Argentine and Chilean Ministers—one of the most important coordination mechanisms between the two countries—was held on 16 December, in line with a highly dynamic year 2016 on Argentina's foreign policy front. This Meeting is the highest-level bilateral political forum (second only to presidential meetings), since it reviews the level of progress made in all items on the agenda for the year, and it is thus a sort of roadmap to guide both governments in the year that follows.

It is worth noting that this latest Binational Meeting gathered a record number of authorities. The Sixth Meeting of Argentine and Chilean Governors of the Shared Border was also held simultaneously. This meeting reflected the growing commitment between Argentine provinces and Chilean regions to foster a regional integration dynamic whose main aim is the well-being of our sister communities. This time, the meeting was attended by Argentine governors and Chilean intendentes (a position equivalent to that of a governor in Argentina), in addition to representatives of 14 Argentine provinces and 10 Chilean regions.

While these two meetings took place, the President of Chile, Michelle Bachelet, made an official visit to Argentina. Following a meeting with President Mauricio Macri, both heads of state announced that significant progress had been made in the field of connectivity between Argentina and Chile, which will lead to greater physical integration between the two countries. In particular, they underscored the importance of the Salta-Antofagasta railway, which resumed its service in 2016 after eight years of inactivity; the construction of the Agua Negra tunnel, which will run through the Andes mountain range in the Argentine province of San Juan; the studies for the Las Leñas tunnel, which is projected in the province of Mendoza; the expansion of the Cristo Redentor tunnel, which will enable the transit of people and goods through the main land border crossing between the two countries, and the Cardenal Samoré border crossing, among others.

In addition, Argentine and Chilean authorities signed a number of agreements during the Ministerial Meeting to enhance bilateral cooperation in the fields of tourism; creative economy; business initiative; artistic production; labour; the environment; and scientific research in Antarctica.

To sum up, in President Bachelet's own words, "this binational meeting has been key to make further progress and to improve the lives of people living on both sides of the Andes."