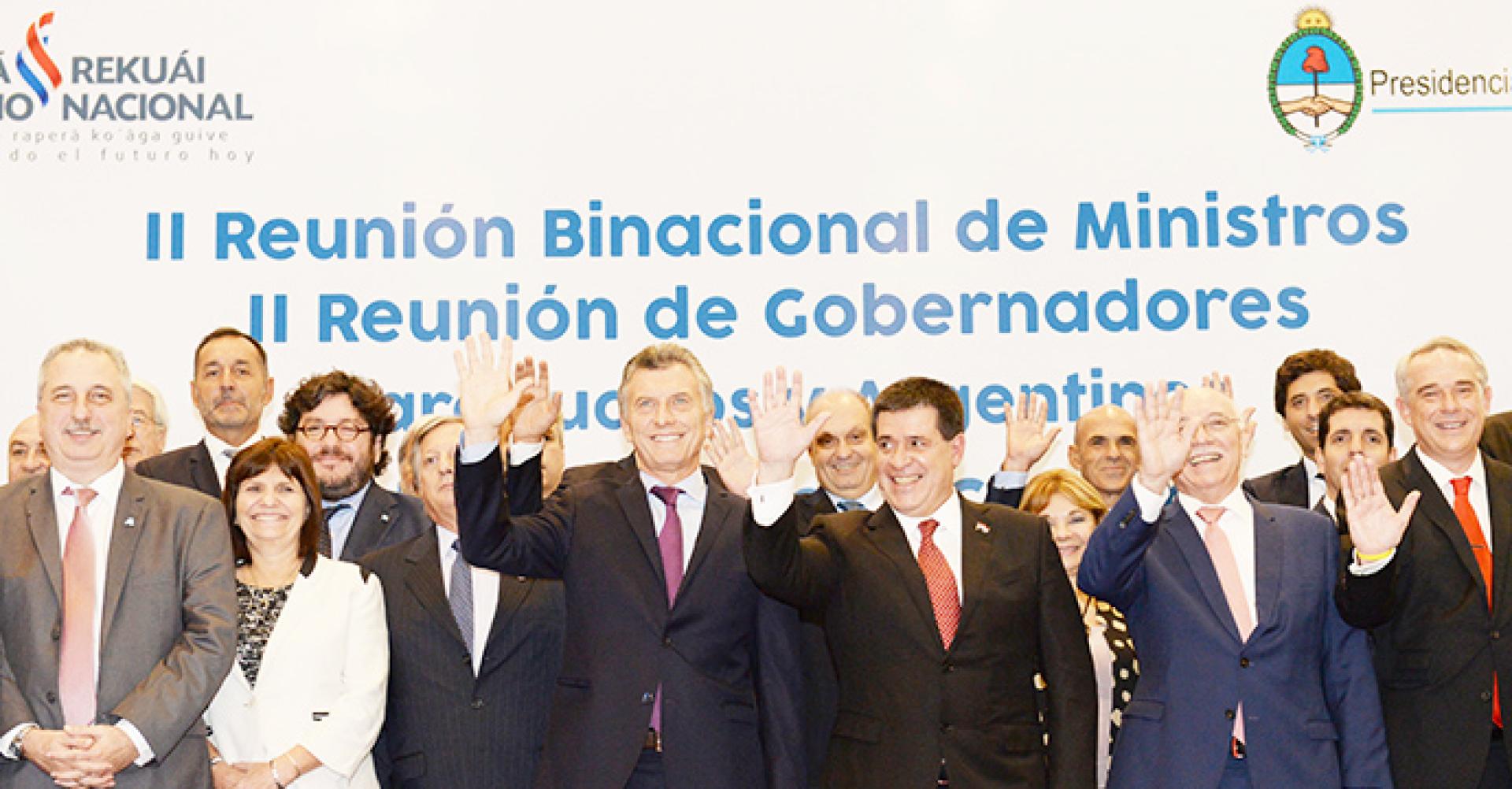 The recent presidential visit and the meetings held between ministers and governors of both countries sealed new commitments and reaffirmed the excellent bilateral relationship between Argentina and Paraguay.

These meetings are the bilateral relationship mechanisms of highest institutional importance between the two countries and deal with the main issues of the bilateral relationship (drug trafficking across the waterway, navigation and river transport, technical cooperation, health, justice and human rights, education and culture, and physical integration, among others), by establishing priorities and setting courses of action, goals and implementation deadlines.

On this occasion, several agreements were reached which reflect the willingness of both countries to advance a common agenda.  One example is the "Cooperation Agreement between the Ministry of the Interior of the Republic of Paraguay and the Ministry of Security of the Argentine Republic to prevent, investigate and detect trafficking in persons", an instrument which will strengthen inter-institutional cooperation and coordination in the fight against this scourge.

In addition, the Treasury Ministers of both countries signed a Memorandum of Understanding on bilateral cooperation in fiscal, economic and integration policies which will favour the creation of mechanisms for joint work.

In the field of communications, another Memorandum of Understanding was signed with a view to strengthening connectivity between the two countries through optical fibre links to interconnection points of international internet providers and their connection to submarine cables that reach Argentine shores.

Moreover, a "Framework Agreement on Inter-institutional Cooperation between the National University of Asunción, Paraguay (UNA) and the Argentine National Atomic Energy Commission (CNEA)" and an "Inter-institutional Agreement concerning Cooperation on Treaties” between both Foreign Ministries were signed, in addition to a Letter of Intent on migrations, whereby both parties expressed their intention to establish mechanisms for verification and exchange of information -including judicial information-, thus creating a shared responsibility framework as regards the movement of persons.