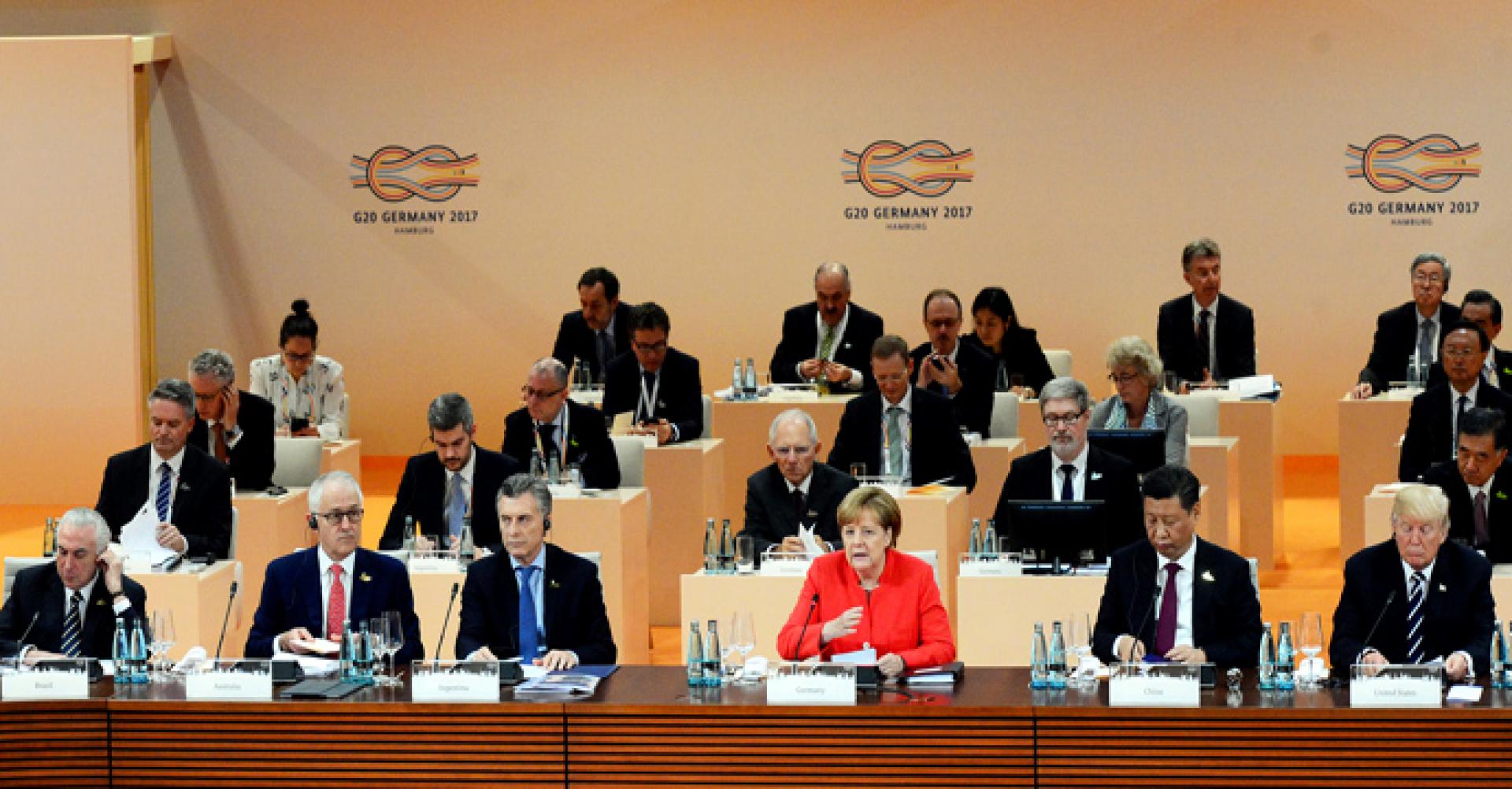 Next 1 December, Argentina will formally assume the Presidency of the Group of Twenty (G20), which represents not only one of the most significant political and diplomatic challenges in our country's recent history, but also a great opportunity to give the Forum a renewed vision of the main items on the global agenda—a vision that places special emphasis on the priorities and needs of emerging economies, from the South’s perspective.

Within the framework of the G20, members discuss and make decisions aimed at strengthening the global economy, improving financial regulations and promoting concrete actions on the most pressing items on the global agenda.

Argentina attaches great importance to the G20 and sees the Forum as one of the main international economic and financial coordination fora, which has gained increasing significance in the consideration of a broad array of political issues having a global impact. The G20 also provides a favourable space for promoting initiatives that serve our country's interests. Taken together, G20 members account for 85% of the global GDP, two-thirds of the world's population and 80% of international trade, which places us in a unique position to face global challenges through more effective political cooperation and the promotion of concrete actions that have an impact on Member States and other international actors. In addition to its problem-solving capacity, which has already been proven in the context of the economic and financial crisis of 2008, the Forum shows effective leadership and decision-making capacity on matters of global importance.

The Argentine Presidency of the G20 can be seen as an opportunity to be the voice of an entire region, and not just of our country. In this regard, as the Argentine President put it, "our aim is to be the voice of the whole region, and not just a country. Latin America has a lot to offer to the world: a trained population and natural resources. It is also a region characterized by peace and cooperation."

Argentina is at the last stage of the process of defining priorities for its G20 Presidency in 2018. This work is being undertaken in a coordinated fashion by all the bodies of the National Government in charge of each of the various topics of the Forum.

The country holding the G20 Presidency has the possibility of influencing the agenda and directing the priorities and topics of the Summit, but it is also in charge of overseeing the continuity of the decisions and mandates undertaken by the Leaders, while ensuring consistency between the topics dealt with and synergy among the several Work Groups of the Forum, taking into account global interests. This is why some of the key items on the global agenda will continue to be addressed in 2018, including topics such as changes in the labour market, the impact of new technologies and the search for a coordinated response to these challenges on the basis of better training and education to enable the creation of better opportunities in the jobs of the future.

Furthermore, we will work with a view to generating a pluralistic dialogue involving all stakeholders; not just among the governments of Member States, but also with the different sectors of civil society. Argentina attaches great importance to the participation and work undertaken by the G20 Engagement groups.