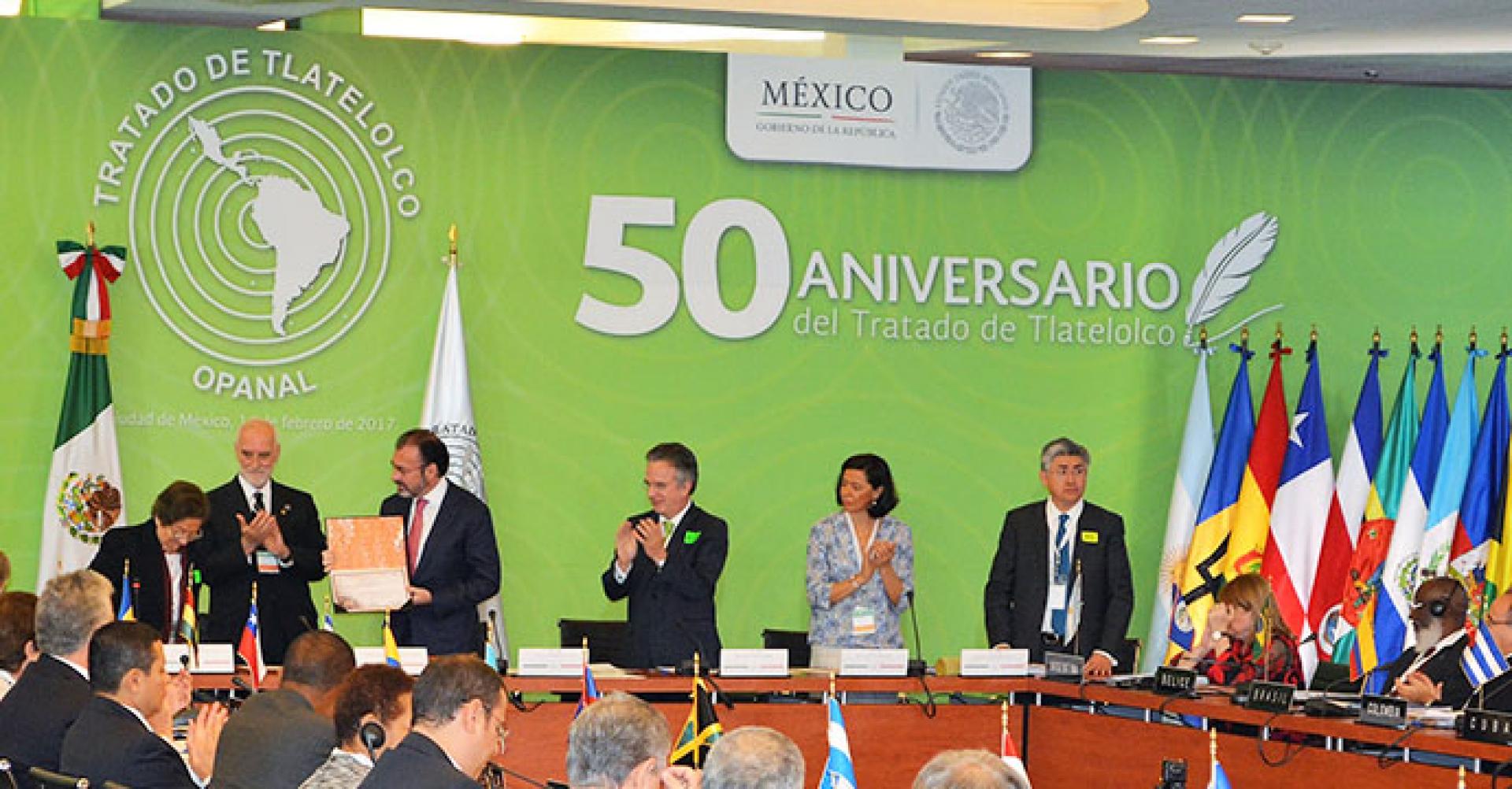 Argentina ratified its commitment to international security, disarmament and non-proliferation of nuclear weapons.

Foreign Minister Malcorra joined the commemoration of the 50th anniversary of the Treaty of Tlatelolco and attended the 53rd Edition of the Munich Security Conference.

Last 14 February, Argentine Foreign Minister Susana Malcorra participated in the 25th General Conference of the Agency for the Prohibition of Nuclear Weapons in Latin America and the Caribbean (OPANAL), held in Mexico City. Three days later, she attended the 53rd Edition of the Munich Security Conference, one of the world’s leading discussion fora on international and security policy.

On this occasion, the main purpose of the OPANAL Conference was to commemorate the 50th anniversary of the signature of the Treaty of Tlatelolco, a legal instrument which prohibits the development, acquisition, testing and stationing of nuclear weapons in Latin America and the Caribbean, and which created the first Nuclear-Weapons-Free Zone in the region.

In her address to the Conference, Malcorra stated that “in times like these, when uncertainties seem to outnumber certainties, it is good for us to remember, celebrate and gather around the pillars of peace and international security, such as the Treaty of Tlatelolco.” She then went on to underscore that “Latin America has always been at the forefront of peace and disarmament efforts.”

In this regard, Argentina has made remarkable efforts in terms of its clear and sustained commitment to disarmament and nuclear non-proliferation. Our country maintains a vigorous nuclear programme for solely peaceful purposes; therefore, it develops, uses and exports nuclear technology in strict compliance with the provisions of international treaties.

The Munich Security Conference (MSC) is an annual event held in February in which more than 450 high-ranking officials from around the world participate, for the purpose of engaging in intensive discussion of challenges in the international arena, such as terrorism, climate and energy security, cyber warfare and world health, among others.

In the context of her participation in this Conference, Foreign Minister Malcorra was especially invited to speak at a working breakfast on “Women in International Policy”, sponsored by the Bavarian Government and the Hanns Seidel Foundation, as well as at a working lunch, organized by the Zeit Foundation, that focused on Argentina’s role as the upcoming host country of the G-20 summit.

Argentina’s involvement in the Munich Security Conference once again showed the country’s commitment to active and responsible participation in global governance, working constructively not only on the basis of renewed regional and multilateral activism but also from the platform provided by the G-20.