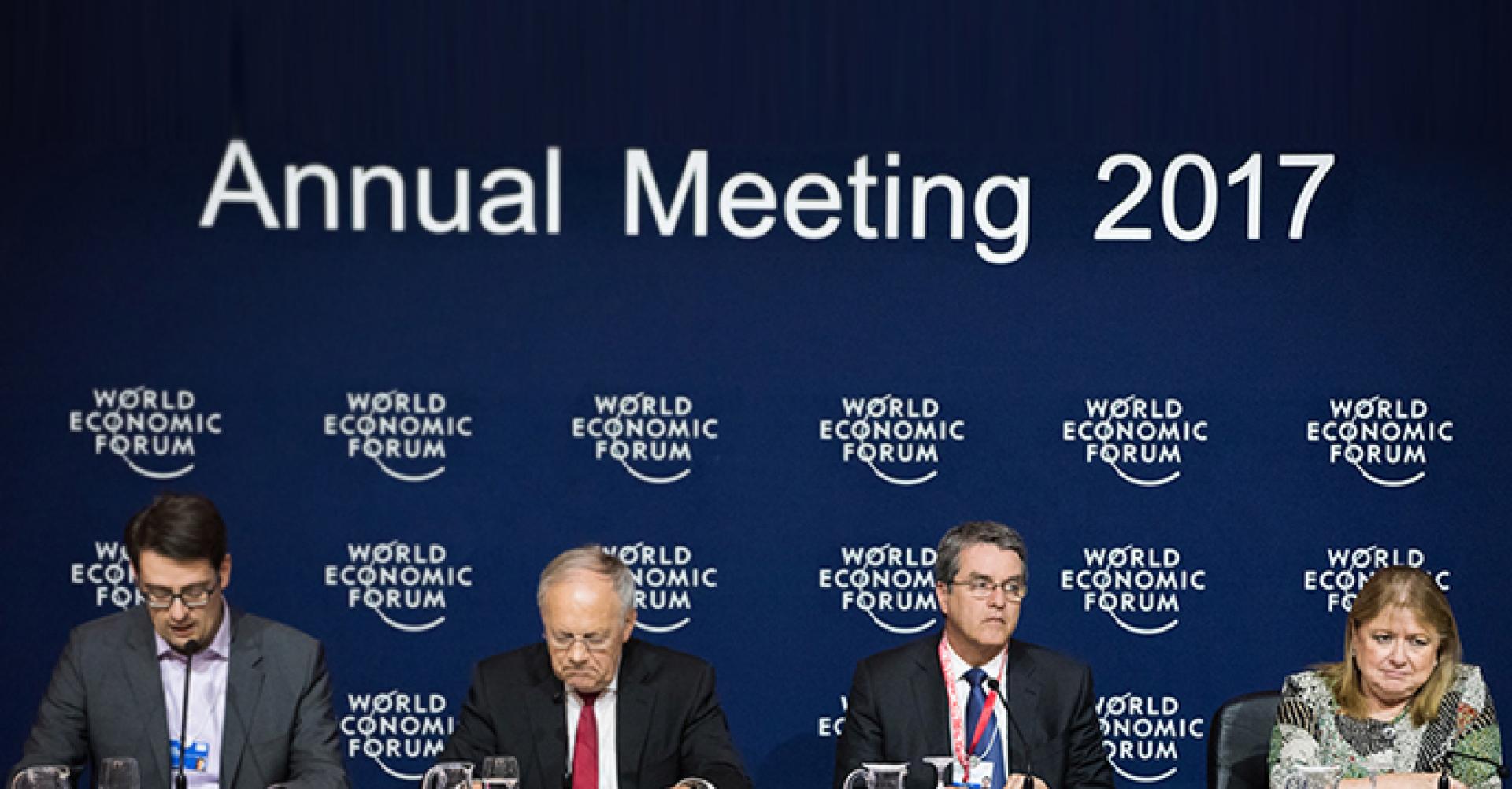 Argentina at the World Economic Forum

For the second consecutive year, Argentina was present at the Davos World Economic Forum. The country delegation took advantage of the meeting to present the potential of Argentina's economy as an investment destination, as well as to advocate trade integration in the face of a possible resurgence of protectionism.

Every year in the Swiss city of Davos, the world's main political leaders gather along with representatives of leading global companies and the most prominent journalists and intellectuals at the World Economic Forum (WEF), in order to analyze the most pressing economic and trade problems faced by the world. After a prolonged absence, Argentina took part in this event for the second time in a row, intent on informing the leaders of the international system about the new sustainable economic path followed by our country.

The Argentine delegation was comprised of Foreign Minister Susana Malcorra and the Ministers of Finance, Nicolás Dujovne; Production, Francisco Cabrera; and Education, Esteban Bullrich. The President of the Argentine Central Bank, Federico Sturzenegger, and the Secretary for International Economic Relations of the Argentine Foreign Ministry, Horacio Reyser Travers, were also present.

During the meetings, representatives of the various participating countries and of multilateral companies recognized that Argentina has got back on the right track. "Global leaders understand that the promises made by President Mauricio Macri a year ago have been kept, and this generates great interest in the country," explained Horacio Reyser.

In this respect, the encouraging signals in the Argentine economy and its improved competitiveness were welcomed by the international leaders who expressed their opinion on the situation of the country. Moreover, the recent agreement to increase productivity in unconventional oil fields confirmed interest in the country among many businesspersons who are willing to invest in markets with great potential such as Argentina.

Another recurring theme linked to the prospect of a comeback for protectionism around the world was the agenda of the WTO Ministerial Conference to be held in December in the city of Buenos Aires. In this respect, the Argentine delegation sent a clear message in favour of trade integration. In fact, the goal for this year is to advance agreements with different blocs and countries. As far as the European Union is concerned, we have demonstrated our will to advance towards a trade agreement; as regards Mexico, we have expressed our intention to strengthen historical agreements. In addition, an investment treaty is being negotiated with Japan in order for specialized Japanese agencies to provide further financing, and an agreement with Canada is being sought through MERCOSUR, to name but a few examples.

Finally, Argentina stood out during this edition for its role as host of the next World Economic Forum for Latin America, to be held in Buenos Aires from 5 to 7 April. The members of the Argentine delegation highlighted the enthusiasm and eagerness of the businesspersons and participants in Davos to attend the event.

During the meeting in Buenos Aires, special attention will be paid to analyzing the regional challenges and opportunities for the promotion of development, extra-regional transformation factors, and the new forward-looking agenda that will include issues related to technology, digital changes and other developments taking place in the global society of the first quarter of the 21st century.