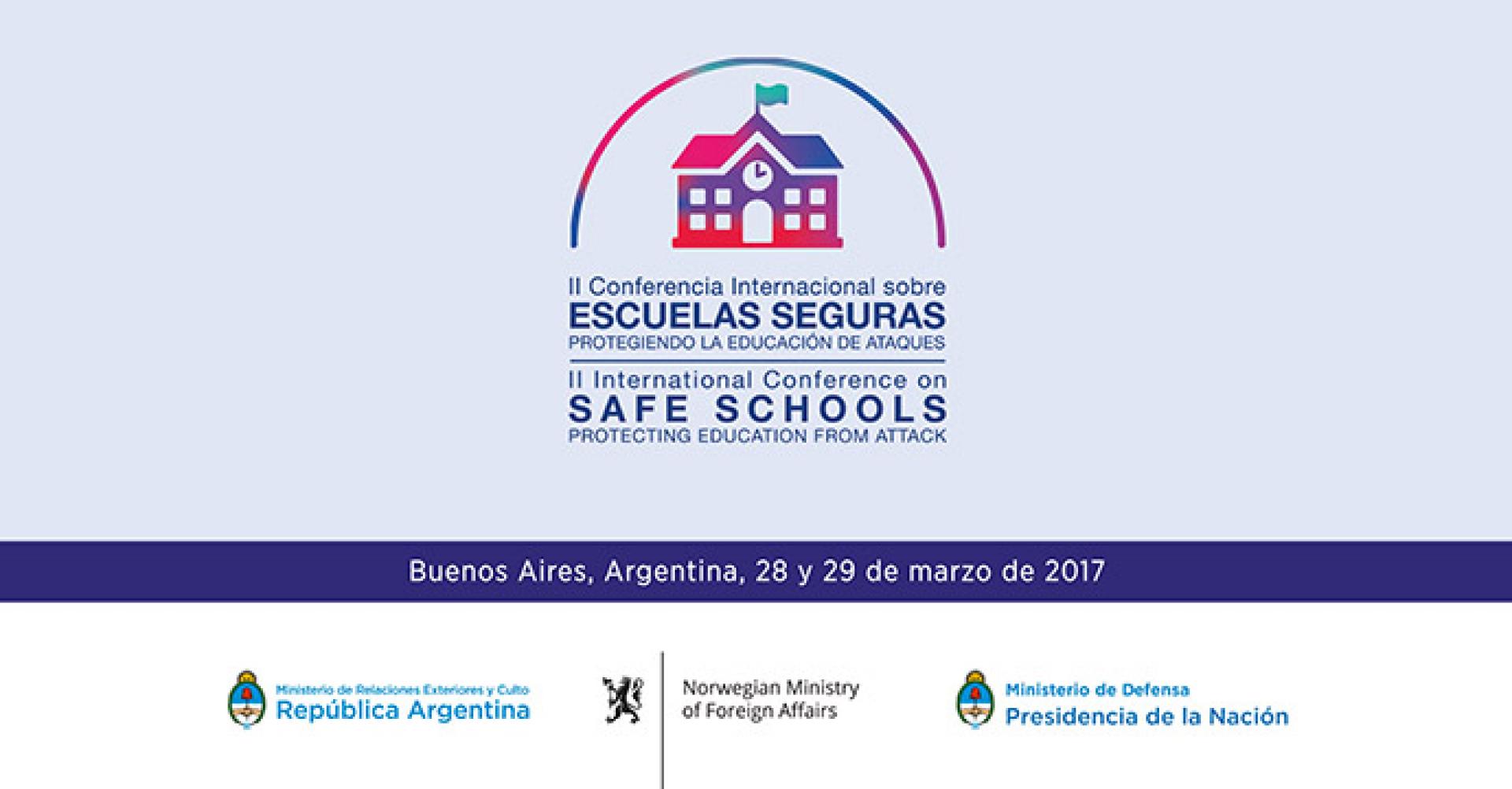 Committed to the protection of schools in armed conflict areas

The Second International Conference on Safe Schools took place in Buenos Aires during the last week of March. It is an international initiative, supported by Argentina, aimed at analyzing and protecting educational institutions located in armed conflict areas.

The Second International Conference on Safe Schools was held on 28-29 March in the city of Buenos Aires under the motto "Protecting schools from attacks". During the meeting, delegations from eighty States, United Nations funds, agencies and programmes, as well as Non-Governmental Organizations, academics and members of the Armed Forces, worked on the treatment and protection of schools and other educational institutions situated in armed conflict areas.

The primary goal of the conference was to provide an opportunity to review the progress made since the adoption of the Safe Schools Declaration in 2015 (goo.gl/A1PMPz). To such end, the work done by signatory States to protect education against attacks was reviewed, which included an assessment of the implementation of the commitments contained in the Declaration, among them the continuation of education during armed conflict and the application of the Guidelines for Protecting Schools and Universities from Military Use.

The Conference was opened by the Deputy Minister of Defense of the Argentine Republic, Ángel Tello; the Deputy Foreign Minister of Argentina, Pedro Villagra Delgado, who presided over the Conference; the Deputy Foreign Minister of Norway, Laila Bokhari, and the President and CEO of Save the Children Canada, Patricia Erb. On the occasion, Villagra Delgado stressed that "the development of the Guidelines for Protecting Schools and Universities from Military Use during Armed Conflict was an initiative by civil society, with existing international humanitarian law at its core and a focus on the issue of frequent and deliberate attacks on education".

The Conference was structured around seven panels comprised of leading experts. In addition to representatives of the Declaration’s signatory States, it was also attended by UNICEF and UNESCO experts, the International Committee of the Red Cross, the United Nations Department of Peacekeeping Operations, the African Union Commission, the Global Coalition to Protect Education from Attack, Save the Children, Human Rights Watch, and the Norwegian Refugee Council, among others.

All of them expressed their deep concern over the continued attacks on and the military use of education facilities, which pose a risk to children, students and educational staff and disturb the normal provision of education in conflict areas.

The initiative, supported by the Kingdom of Norway, was jointly coordinated by the Argentine Foreign Ministry and the Ministry of Defense as part of the Argentine commitment to the comprehensive defense of human rights and the strengthening of international humanitarian law.