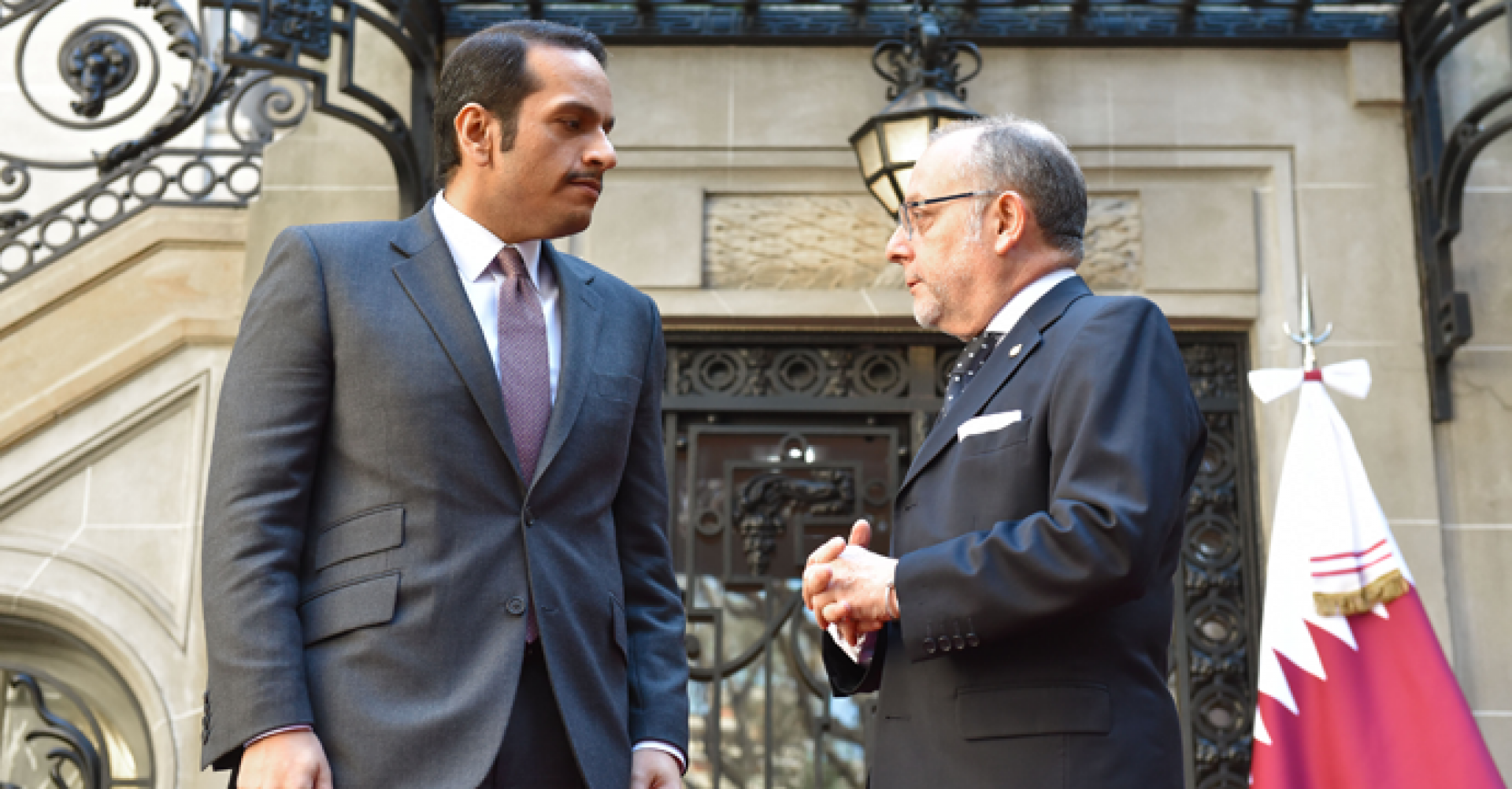 On 5 October, the Emir of the State of Qatar, His Highness Sheikh Tamim bin Hamad Al Thani, paid a State Visit to Argentina. This was the third visit to Argentina by a Qatari Head of State

The visit began at the Palacio San Martin with a working breakfast to address strategic issues for the development of economic relations between Argentina and Qatar, in addition to discussing trade potential and existing and planned business and investment opportunities in Argentina, especially in the agribusiness, oil, gas and pharmaceutical sectors.

The Argentine Minister of Finance, Nicolás Dujovne; the Secretary for International Economic Relations, Horacio Reyser; the Secretary of Agro-Industry, Luis Miguel Etchevere; and the Secretary of Energy, Javier Iguacel, were also present. Representatives of Argentine companies of the sectors concerned participated as well.

Foreign Minister Faurie opened the event and referred to the ongoing bilateral and MERCOSUR negotiations taking place with a view to achieving an intelligent insertion into the world. As regards trade and economic relations with Qatar, the Foreign Minister stressed the need to strengthen and diversify exchange levels and assured that both countries are in a position to "increase bilateral trade -which is currently modest- in several areas and to achieve a more substantive economic relationship."

Officials agreed that there is great potential to exploit in terms of trade and investment, through the development of projects which benefit Argentina and Qatar by creating jobs and contributing to the economic growth of both peoples.

The President of the Argentine Republic, Mauricio Macri, met with the Emir of Qatar at the Argentine Government House, where they agreed to continue working together in order to address various projects of bilateral interest, with a focus on food and energy security, in line with Argentina's decision to strengthen political and economic relations with Gulf countries.

Both delegations then held a meeting in which they underscored the excellent state of bilateral relations, achieved between Argentina and Qatar through dialogue and cooperation.

Argentina and Qatar signed cooperation agreements in the fields of education and scientific research, sports, agro-industry and agreements on visa waiver for diplomatic, government, tourism and business purposes.

President Macri offered a lunch in honour of the Qatari delegation at the Argentine Government House Museum and stated Argentina´s goal of joining Qatar as a global supplier of secure energy through the Vaca Muerta project; he recognized Qatar's experience in the field and stressed Argentina's willingness to cooperate with Qatar in projects which contribute to food security. President Macri also expressed his firm belief that Qatar's organization of the 2022 FIFA World Cup will be a success.

VISIT TO ARGENTINE SUPREME COURT AND DISTINCTION AWARDED BY LEGISLATURE

The Emir of Qatar and his official delegation made a courtesy visit to the Argentine Supreme Court, where they met with Chief Justice Carlos Rosenkrantz.

The Legislature of the Autonomous City of Buenos Aires recognized the Emir of Qatar as a "Distinguished Citizen". The 1st Vice President of the Legislature awarded the recognition.

This was the third visit to Argentina by a Qatari Head of State: the current Emir made an official visit in 2016 and his father, the then Emir Sheikh Hamad Bin Khalifa Al Thani, also visited Argentina in 2010.