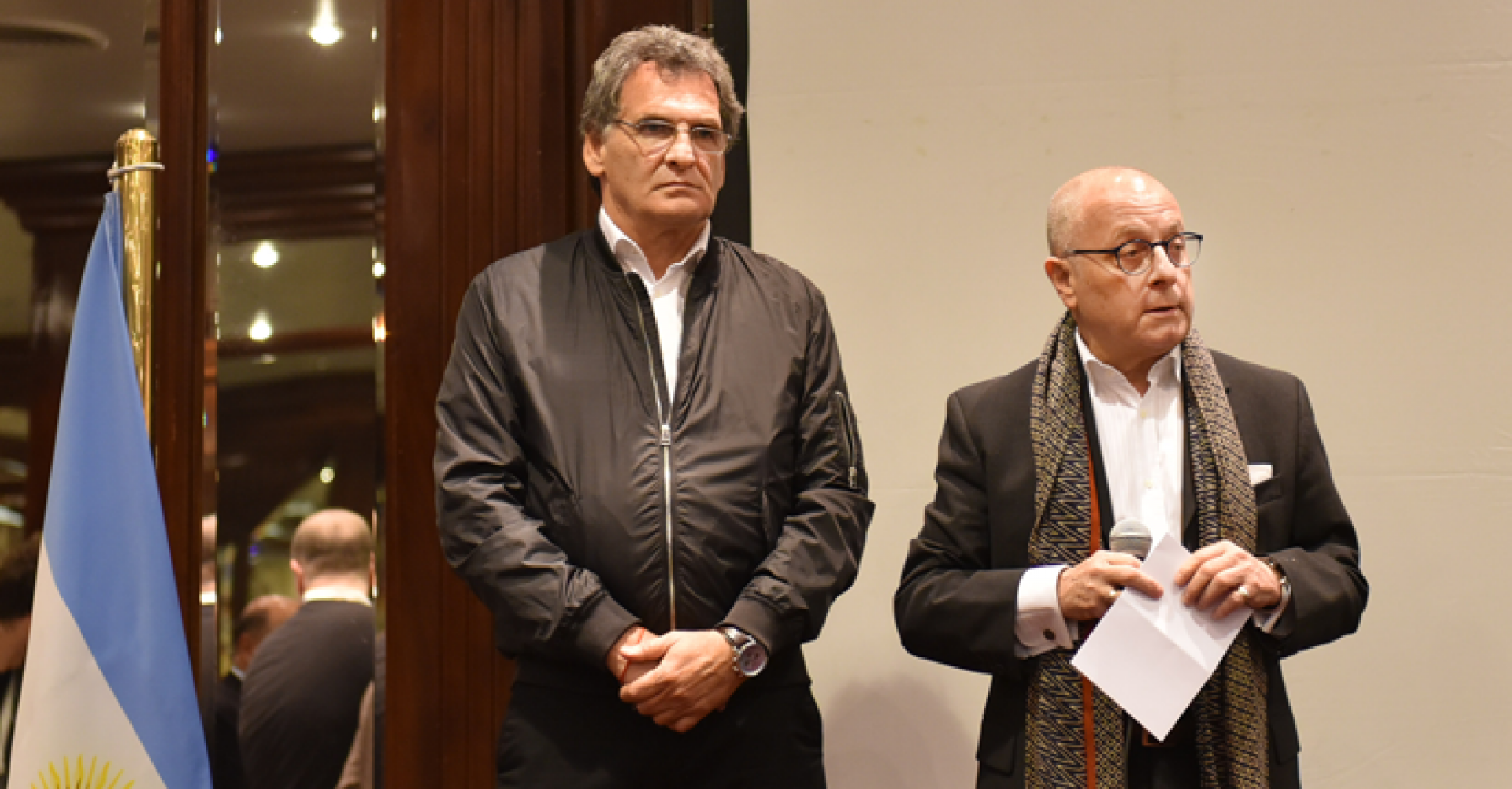 For over 35 years, the relatives of the unidentified Argentine heroes buried in Darwin cemetery, in the Malvinas Islands, have suffered the anguish of not knowing the exact location where the remains of their fallen loved ones in the South Atlantic conflict lay. On 26 March, the relatives were able to honour their memory with plaques identifying 90 of them by name and surname at their resting place in the Malvinas Islands

On 26 March, the relatives of the fallen soldiers in Malvinas visited Darwin cemetery as part of a delegation of 250 people, in order to unveil plaques bearing the name and surname of the soldiers who have been identified so far within the framework of the "Humanitarian Project Plan", thus honouring a historical debt to the relatives of the fallen.

This humanitarian mission was the result of the progress and advances made in the bilateral relationship between Argentina and the United Kingdom promoted by the Argentine Government, which created the necessary conditions for both countries to entrust the International Committee of the Red Cross (ICRC) with the identification of the fallen, who were buried in Darwin cemetery as "Argentine Soldier Known Only unto God".

The Argentine Foreign Ministry, the Secretariat for Human Rights and Cultural Pluralism of the Argentine Republic, the Commission of Relatives of the Fallen in the Malvinas and South Atlantic Islands, the Argentine Team of Forensic Anthropology and the British Embassy in Buenos Aires worked on the organization of the logistic aspects of the visit, with the collaboration of Corporación América.

In December 2016, at the request of the Argentine Republic and the United Kingdom, the ICRC put together a team of forensic experts which included three Argentine experts, in order to collect DNA samples of unidentified soldiers. The task was carried out in the Malvinas Islands with all due respect and care between June and August 2017.

Once collected, the DNA samples were sent to the laboratory run by the Argentine Team of Forensic Anthropology (EAAF) in the province of Córdoba, where they were compared to the samples from the relatives who gave their consent to participate in the identification process.

The relatives' consent to such process was given before an inter-disciplinary team comprising the Secretariat for Human Rights and Cultural Pluralism, the Ministry of Social Development, the Government Notary and the Argentine Team of Forensic Anthropology.

On 1 December 2017, the Red Cross presented its final identification reports to both Governments, which were disclosed to the relatives concerned by a team headed by the Secretariat for Human Rights, between December 2017 and March 2018.

The genetic profiles of unidentified soldiers will be stored in the EAAF laboratory for future new identifications of biological samples, should any relatives who did not participate in this process give their consent to do so.

All instruments on this matter signed with the United Kingdom are covered under the sovereignty safeguard clause set forth in paragraph 2 of the Joint Statement of 19 October  1989; accordingly, the conduct of this humanitarian mission in no way affects Argentina's sovereignty rights over the Malvinas Islands.

The Argentine people continue to remember the heroism of fallen soldiers in the Malvinas Islands and admire their families for having so honourably endured this painful wound for so long. Although nothing will change history or the losses suffered, the fact that they have been able to visit the Islands in order to be closer to their loved ones is an important act of justice: it is not the same to kneel before a plaque that reads "Argentine Soldier Known Only unto God" as to kneel before the name of the person who was your father, son, brother or husband.