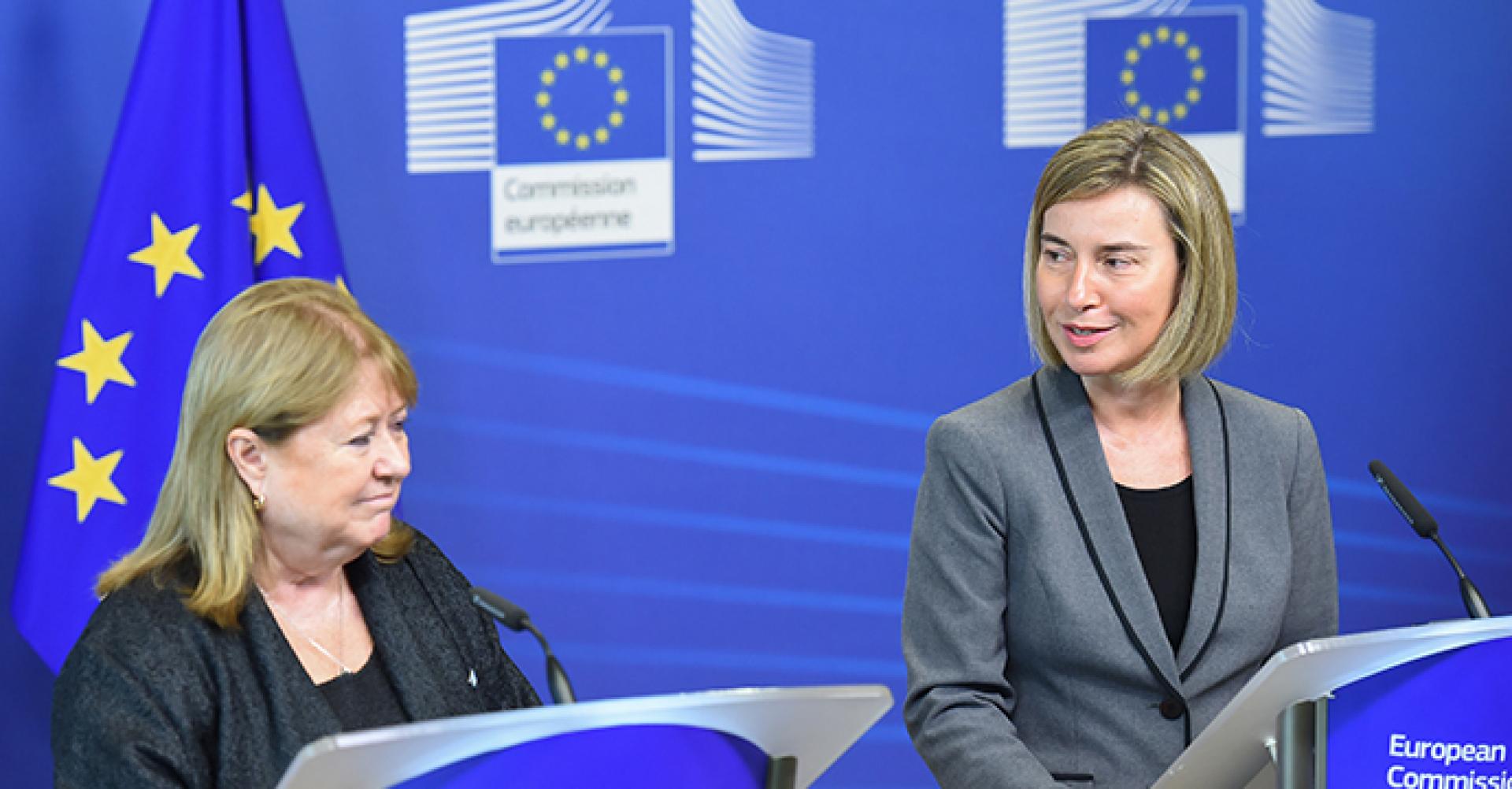 Growing Dynamism in Negotiations between MERCOSUR and the European Union

After the Exchange of offers between MERCOSUR and the European Union which took place last May, the Bi-regional Negotiations Committee met for the first time in four years in order to take into consideration the topics that will be part of the Association Agreement.

For the first time in four years, the Mercosur-European Union Biregional Negotiation Committee met in Brussels, between October 10th and 14th, in order to discuss the issues that will be part of their Association Agreement. This meeting was held after the exchange of offers carried out in May.

The Chief Negotiators of both parties came together at this new meeting, assisted by experts in each one of the eleven topics of the negotiation. Each group negotiated a specific issue, as follows: trade in goods; trade in services; rules of origin; trade defence measures; competition defence measures; dispute settlement procedures; sanitary and phytosanitary measures; technical barriers to trade; government purchases; protection of intellectual property rights; and trade facilitation. There were also other topics that the Chief Negotiators had to take into account, such as sustainable development, wines, energy, access to raw materials and the situation of SMEs. MERCOSUR had prepared itself thoroughly for this occasion and has consolidated a common position on each of the abovementioned issues.

It is precisely the consensus achieved within the South American bloc that made it possible to reach this new stage after a long period of stagnation in negotiations and to finalize an offer comprising approximately 87% of MERCOSUR’s current trade with the European bloc in different tariff reduction periods.

For MERCOSUR, the negotiation with the European Union represents, in fact, a multiple challenge: on one hand, reaching a balanced and ambitious agreement that ensures access for products and services from MERCOSUR to the European market, to consolidate the region’s economies as an investment platform and streamline growth and employment; and, on the other, perfecting the internal operation of MERCOSUR and deepening integration with our main partners. Finally, greater openness in terms of negotiations allows us to get closer to other trade partners.The ties that are already being strengthened between the bloc and Korea, India and the European Free Trade Association, among others, are clear examples of this.

Regarding the situation of the European bloc, the increase in domestic forces encouraging protectionism does not favour openness to other partners, especially efficient agricultural producers such as MERCOSUR. Therefore, to the bloc, this negotiation essentially constitute a significant foreign policy challenge in terms of presenting itself as a reliable and committed partner that seeks to build the basis for long-term growth and to ensure the benefits of insertion into the world economy for growing sectors of its population.