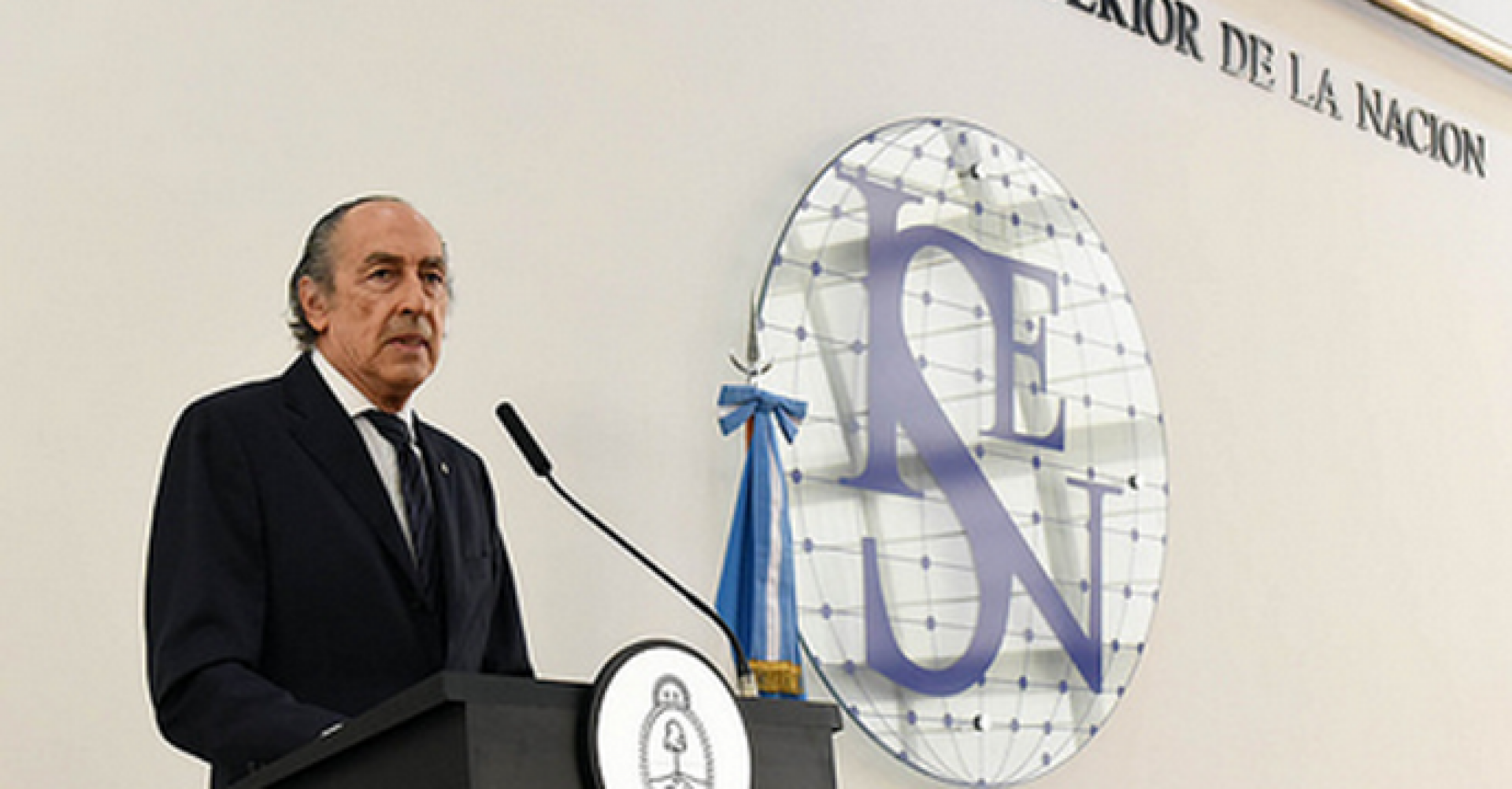 On 1 March, the Argentine Foreign Minister and the Director of the National Foreign Service Institute (ISEN), Ambassador Fernando Petrella, inaugurated academic year 2018 in the presence of authorities from the Foreign Ministry and of first- and second-year students

The National Foreign Service Institute (ISEN) is the technical body of the Argentine Government whose main function is to recruit and professionally train Argentine diplomatic officials. Founded in 1963 by Ambassador Carlos Manuel Muñiz, the institute has seen 51 classes walk its halls, representing the Argentine Republic and promoting its political, commercial and social interests during complex and changing times in international and national affairs.

Currently, various opportunities for international insertion have opened up for Argentina, in the context of a process which has been accurately defined as an "intelligent" insertion. This process requires strengthening existing strategic partnerships and developing others —especially in Africa and Asia— in order to open up new markets, always with a commitment to the essential values of democracy, human rights, the defence of peace, the peaceful settlement of disputes and multilateralism.

An intelligent insertion must also be global, contemporary and committed. Firstly, it must be global because the development of horizontal power structures and interdependency require that we look to the four corners of the world to sell our products, acquire those necessary for development and growth, and coexist, without preconceptions, with other cultures and views. Secondly, it must be contemporary because diplomacy must also contribute to the modernization of the Government, its productive structures and its institutions. Diplomacy must make the most of its foreign relations experience in order to take the best from friendly countries and adapt it to domestic possibilities. Lastly, it must be committed because Argentina's position in the world is incompatible with isolation and indifference to global issues. This is the reason why Argentina is focusing on the World Trade Organization, the G20 Presidency, refugee programmes, the White Helmets, disarmament, cultural outreach and activism in the United Nations and the Organization of American States. However, all of this would be mere rhetoric if our country failed to continue promoting, just as strongly, more and enhanced trade integration with the European Union, Australia, Canada, New Zealand, Korea, EFTA and ASEAN.

Accordingly, the syllabi of the various courses taught at ISEN reflect these new priorities, gathering the latest contributions from Government departments which specifically address trade, agroindustrial and investment issues, as well as scientific, technological, and tourism matters, all of which are essential to reduce poverty and ensure the inclusion of all Argentines.

In the world's leading countries, professional diplomacy is irreplaceable in order to achieve these goals and requires adaptability, global vision and true patriotism from diplomats and their families. All of these values are taught at ISEN.