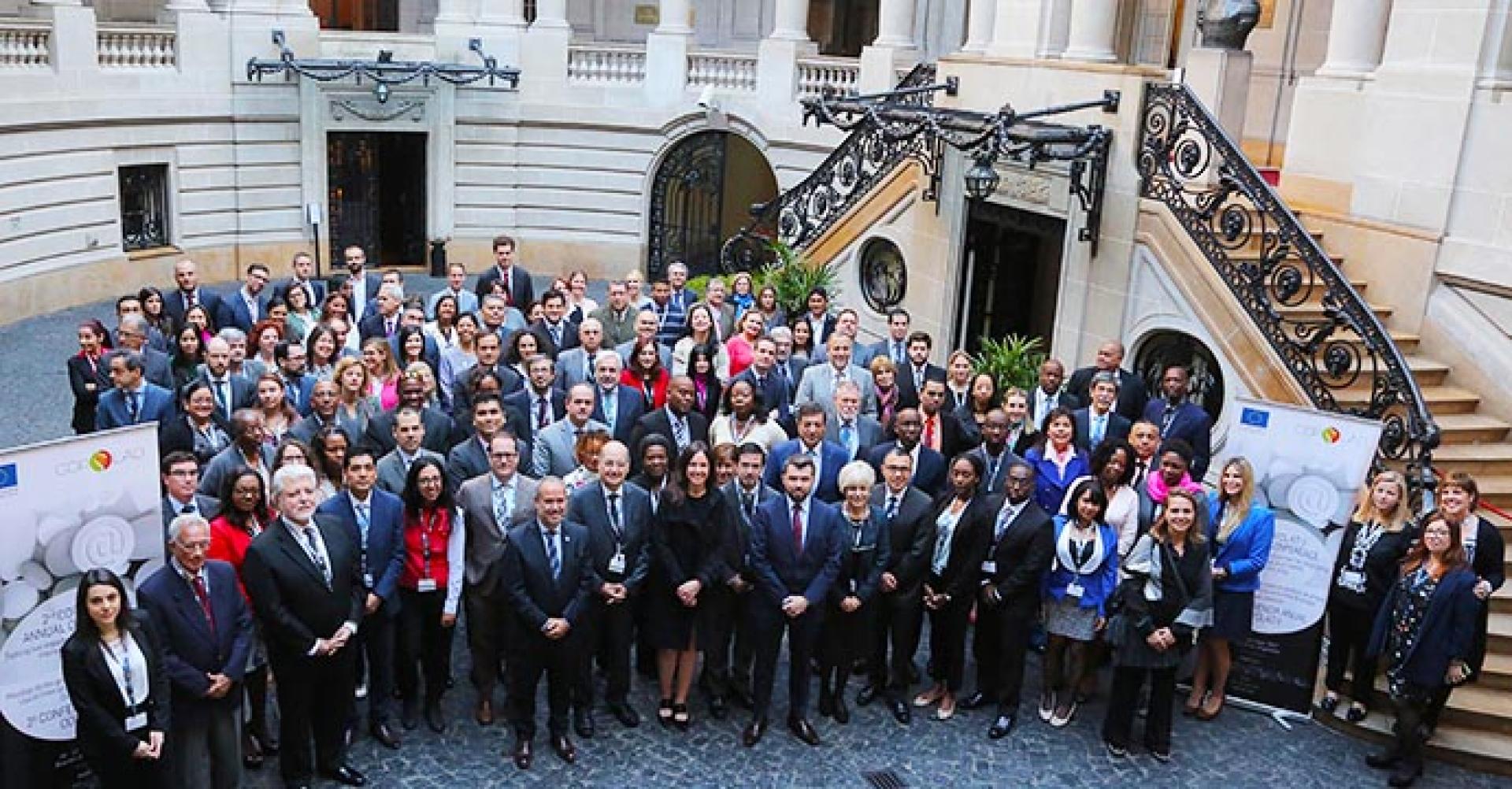 International Cooperation in the fight against drugs and drug trafficking

Representatives from member countries of the European Union and the Community of Latin American and Caribbean States (CELAC) met in Buenos Aires to coordinate strategies and common positions on drugs and drug trafficking.

The fight against drug trafficking and the world drug problem, a priority of the Argentine government, comprises three different facets: production, consumption and illicit trafficking, all of which are transnational issues. Therefore, States have undertaken international commitments which include mutual assistance, cooperation, agreement on policies and compliance with a strict international substance control system, among other matters.

In this context, the member countries of the Community of Latin American and Caribbean States (CELAC) and the European Union (EU) have created a forum centred around this issue. Within this framework, last May, the Annual Conference of the COPOLAD II Programme -Cooperation Programme between Latin American, Caribbean and European Union countries on drugs policies- and the High-Level Meeting of the EU-CELAC Coordination and Cooperation Mechanism on Drugs were held in Buenos Aires. Both meetings, attended by 140 delegates, were chaired by Argentina.

The COPOLAD Conference addressed two major challenges: Internet use for drug trafficking and designer drugs. The choice of topic arises from the need to take into account the new digital channels for illegal drug sales, particularly the deep or invisible web, the existence of cryptomarkets and the upward trend in designer drug use, including new psychoactive substances.

The High-Level meeting, on the other hand, allowed the coordination of strategies and common positions, facilitated cooperation and fostered the exchange of information and good practices. At the meeting, the "Argentina free from Drug Trafficking" and "National Drug Demand Reduction Plan" initiatives were presented to the international community.

Discussions focused on penalties offering alternatives to imprisonment and on how to approach situations of vulnerability, among other issues. It was a good opportunity to express Argentina's firm political decision to link the three branches of government with other civil society organizations in order to counter the drug problem from a territorial, comprehensive and people-centred approach, which requires all levels of government and social sectors to work together.

As a result of the meeting, the "Buenos Aires Declaration" (https://goo.gl/qHj3AE) was adopted, which sets forth the progress made and agreements reached between CELAC and EU countries. These countries also have an ambitious agenda as regards the implementation of the recommendations adopted in April of last year during the Special Session of the General Assembly on the World Drug Problem (UNGASS), to be evaluated in 2019.