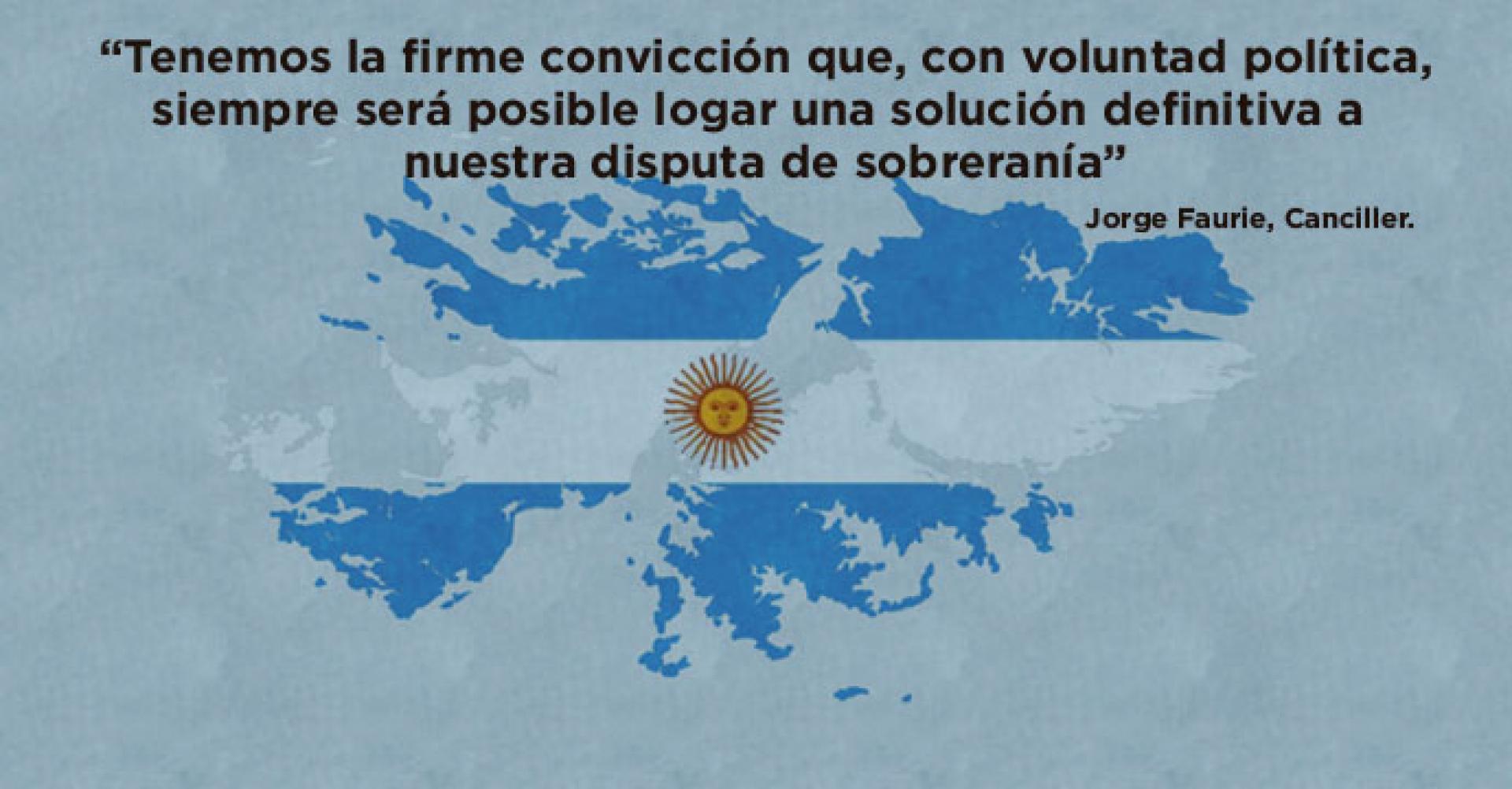 QUESTION OF THE MALVINAS ISLANDS: SUPPORT FOR ARGENTINA'S CLAIM

In the month of June, we commemorated the National Day of Affirmation of Argentina's Rights over the Malvinas Islands and, headed by Foreign Minister Jorge Faurie, Argentine delegations reaffirmed the sovereignty claim before the OAS and the UN Decolonization Committee.

On 10 June we commemorated the National Day of Affirmation of Argentina's Rights over the Malvinas, South Georgias and South Sandwich Islands, including the surrounding maritime areas.

The date marks the creation, in 1829, of the Political and Military Commandancy for the Malvinas Islands and the islands adjacent to Cape Horn in the South Atlantic. Through an Executive Order, the then Governor of Buenos Aires, Martín Rodríguez, appointed Luis Vernet as the first Argentine Governor of the Islands.

This act of government strengthened Argentina's sovereignty over these archipelagos and maritime areas, effectively exercised since the beginning of its independence process.

On such a significant date, all Argentine Representations abroad organized commemorative events.

As every year, the General Assembly of the Organization of American States (OAS) adopted by acclamation, on 5 June, a draft Declaration on the Question of the Malvinas Islands, which was presented by the Foreign Minister of Brazil.

The Declaration adopted reaffirms "the need for the Governments of the Argentine Republic and the United Kingdom to resume, as soon as possible, negotiations on the sovereignty dispute, in order to find a peaceful solution to this protracted controversy."

In his speech, Foreign Minister Jorge Faurie stated the country's position regarding this issue and underscored the enduring hemispheric interest of the Malvinas Question, reaffirming the need for Argentina and the United Kingdom to resume negotiations on sovereignty:

"The passing of time has not affected the validity of our claim or our firm belief that this protracted sovereignty dispute must come to an end and, for that purpose, it is paramount that we resume negotiations in a constructive and positive spirit."

"The Argentine Constitution provides that recovering such territories and full sovereignty over them, while respecting the lifestyle of the islanders and in accordance with international law principles, is a permanent and unrenounceable goal of the Argentine people. This goal remains valid regardless of governments and amounts to a real State policy on which all Argentine political forces agree."

In the context of a new stage in the bilateral relationship, the Foreign Minister especially underscored the work done by the two governments carried out with the support of the International Red Cross and the Argentine Team of Forensic Anthropology in relation to the recent identification of the Argentine soldiers buried at Darwin Cemetery, on the Malvinas Islands. "This is an issue of great importance to the Argentine people and especially to the families of the fallen soldiers," Faurie noted.

Foreign Minister Faurie also participated in the session of the United Nations Special Committee on Decolonization regarding the Malvinas Question, held on 21 June.

This Committee adopts every year and by consensus a resolution requesting that Argentina and the United Kingdom reach a negotiated solution to the sovereignty dispute regarding the Malvinas Question.

In his address, Foreign Minister Faurie underscored the solid historical and legal background supporting the Argentine position, as well as the traditional willingness of our country to find a lasting solution to this dispute.

In addition, he referred to the current state of the relationship with the United Kingdom, noting that it offers a propitious framework for both countries to resume negotiations.

“We firmly believe that, with political will, a lasting solution to our sovereignty dispute can be reached,” the Foreign Minister stated.

As in previous years, the Delegation of Chile submitted for consideration by all 29 Committee members a draft resolution, with the joint sponsorship of Bolivia, Chile, Cuba, Ecuador and Nicaragua, and reiterated the international community's call for both countries to resume negotiations with a view to ending the protracted sovereignty dispute over the Malvinas, South Georgias and South Sandwich Islands and the surrounding maritime areas."

The Foreign Minister headed the Argentine delegation, joined by the Interim Speaker of the Senate, Federico Pinedo, and the Governor of the Province of Tierra del Fuego, Antarctica and South Atlantic Islands, Rosana Bertone. Other members of the delegation included Senators Julio Cobos, Rodolfo Urtubey, Miriam Boyadjian and José Ojeda as well as congressman Alejandro Grandinetti. Luis Vernet and Ricardo Patterson were present as petitioners for Argentina’s claim and delivered speeches.