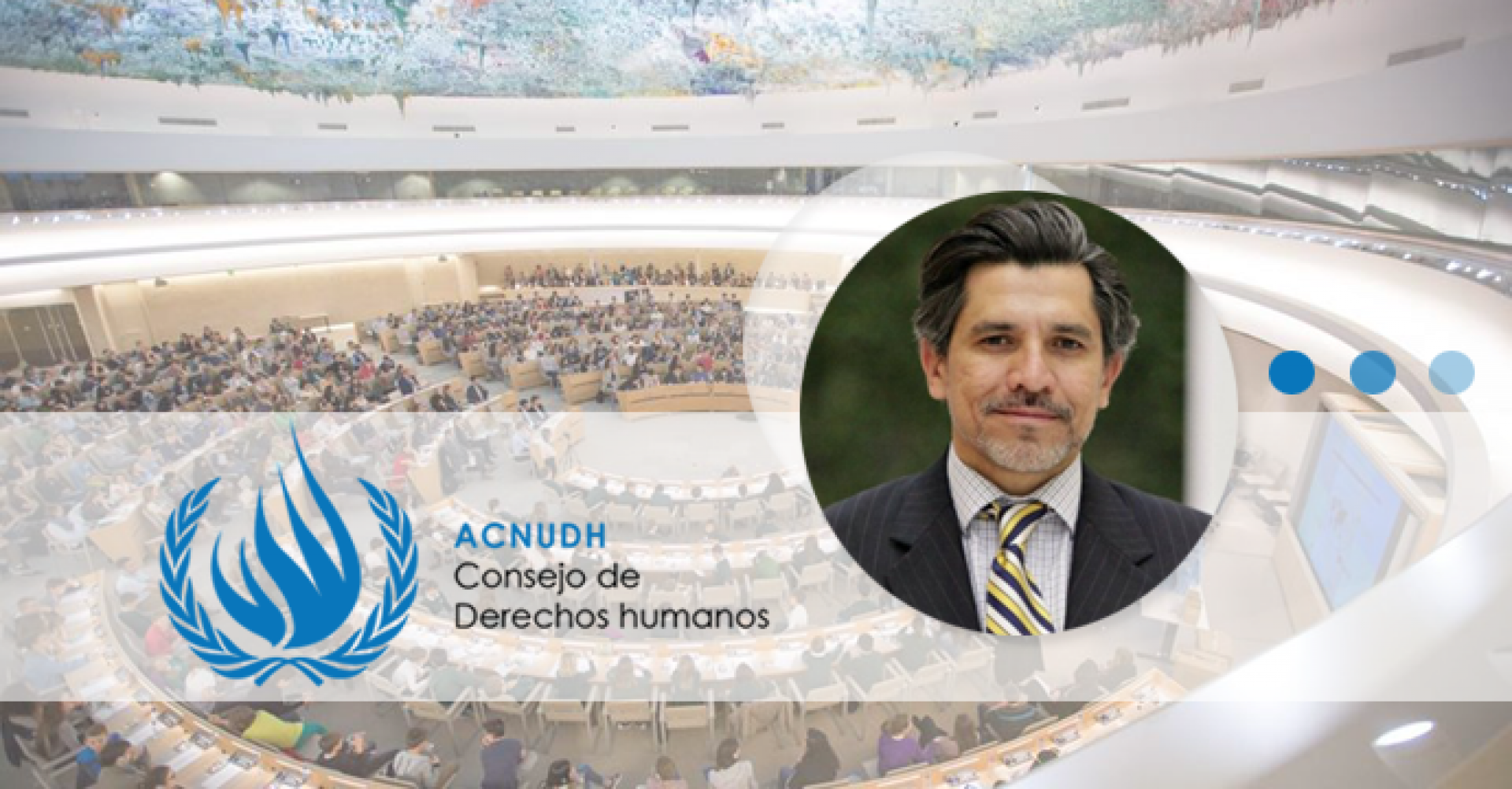 The 38th session of the Human Rights Council ended on Friday, 6 July. This body is comprised of 47 States within the United Nations system, and it is responsible for promoting and protecting all human rights around the world.

At this meeting, the United Nations High Commissioner for Human Rights, Zeid Ra'ad Al Hussein, noted and commended the States which have hosted at least five visits by thematic mandates in the last five years, including Argentina.

This shows that Argentina is open to receiving observations and recommendations from Council experts on a broad array of matters, such as racism, torture, freedom of speech, the right to food, arbitrary detention, and violence against women, in order to raise our human rights standards.

On the other hand, Víctor Madrigal-Borloz, an independent expert on “Protection against Violence and Discrimination based on Sexual Orientation and Gender Identity”, referred to the report drafted in connection with the visit to Argentina, and mentioned that our country bears “witness to everything that can be achieved when government authorities provide their full cooperation, and NGOs, civil society and other community actors offer excellent input.”

The expert stated that "the report offers an overview of the fact that all actors, even in the context of ideological and political differences, share the common goal of eradicating violence and discrimination, as well as a catalogue of best practices in the field of progressive legislation and public policy." He added that Argentina must protect its unique progress in the field, "including the creation and preservation of opportunities for active, substantial participation by Argentine civil society, which has also set an example for the world."

These words of recognition show that Argentina, as a reflection of the consensuses reached by Argentine society and of the policies implemented by the Government, has maintained human rights protection at the core of its foreign policy. Argentina's history of human rights violations and abuse has made us direct witnesses to the power of actions taken by International Organizations to foster and protect human rights, and demands that we continue working with the same drive.

This commitment is reflected in two dimensions. The first is continuous cooperation with the various international human rights bodies, experts and mechanisms, in order to further raise human rights standards in Argentina.

The other is Argentina's continuous work to strengthen such international human rights mechanisms, make them increasingly effective and enhance their role in improving human rights conditions around the world, always through dialogue and cooperation.

With these two guiding purposes, the Argentine Foreign Ministry undertakes actions on a daily basis, ranging from technical cooperation with other countries to active participation in international debates and negotiations that ultimately impact on the lives of millions of people, especially of groups in vulnerable situations, such as indigenous peoples, senior citizens, members of the LGBTI community, persons with disabilities, among other groups who face difficulties in fully exercising their human rights.

An example of these actions is the process led by Argentina and Norway aimed at the implementation of the Safe Schools Declaration, adopted in May 2015, whereby signatory States express their political support for the protection and continuation of education in times of armed conflict. Accordingly, the document endorses the "Guidelines for Protecting Schools and Universities from Military Use During Armed Conflict." In addition, both countries advocate the Universalization of the Declaration.

Notably, in the field of women's rights, the Foreign Minister signed an agreement with UN Women this year to set up a UN Women Office in Argentina, and the organization has already started implementing two important programmes for women's economic empowerment and for the eradication of gender-based violence, placing special emphasis on the prevention and eradication of femicides.

Another example is Argentina's participation in the "Global Alliance to end trade in tools of torture, capital punishment and any other cruel, inhuman or degrading treatment or punishment," an initiative whose purpose is to create a global network for the exchange of information and best practices to control trade in these goods, thereby creating specific measures that lead a greater number of countries to the abolition of capital punishment.

Thanks to this commitment and these actions, Argentina has become a world leader in the field of human rights—a country that recognizes the major challenges that still lie ahead in this regard, but works with a committed, open approach with the entire international human rights system at a regional and domestic level in order to overcome such challenges, and contributes all of its experience, gained along this long road of consolidation and broadening of rights, to help all countries around the world.