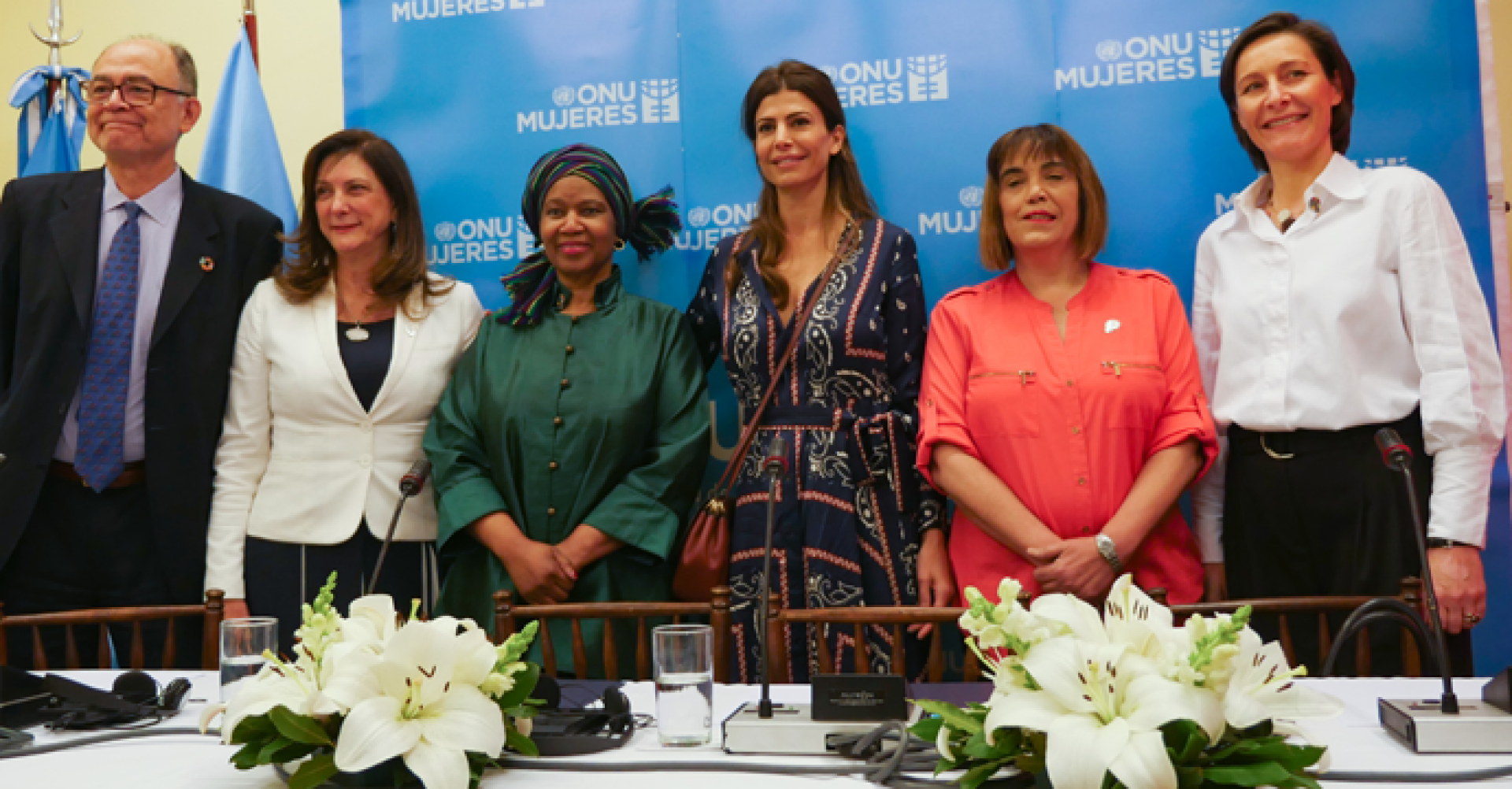 On 2 October, Foreign Minister Faurie met with UN Women Executive Director Phumzile Mlambo-Ngcuka on the occasion of her visit to Argentina and as a part of the Argentine Government's policy of strengthening joint work and collaboration with international organizations of which Argentina is a member, especially in the fields of human rights and gender equality.

UN Women is the United Nations entity dedicated to gender equality and the empowerment of women. It supports UN Member States and works with their governments and civil society to design laws, policies, programmes and services needed to ensure that women and girls enjoy real equal opportunities. UN Women has a triple mandate of normative support, operational activities and coordination.

At the meeting, the Executive Director thanked the Foreign Minister for the active participation of the Argentine Delegation during the meetings of the UN Commission on the Status of Women. The Foreign Minister reaffirmed Argentina's support for the defence of human rights and the rights of women, remarking that they are a state policy and an integral part of Argentina's foreign policy agenda.

In furtherance of the Cooperation Agreement signed on 27 April 2018 between the Argentine Foreign Minister and the Regional Representative of UN Women, a ceremony for the Official Inauguration of the UN Women's Office in Argentina was held on 4 October 2018, in the presence of the First Lady of the Argentine Republic, Ms. Juliana Awada.

On such occasion, the European Union Ambassador and the UN Representative in Argentina launched the "Spotlight" Initiative, which aims at preventing and eliminating violence against women in Argentina. It is worth noting the federal nature of the Initiative whose first stage will focus on the provinces of Buenos Aires, Salta and Jujuy and during which Argentina will receive a net amount of USD 5 million from the European Union by way of technical cooperation.

Furthermore, the "Win-Win" Programme, which involves 40 Argentine private companies currently applying the Women's Empowerment Principles (WEPs), was launched with a view to promoting gender equality in the business environment.

Highlights of the events attended by Ms. Phumzile Mlambo-Ngcuka include meetings with Argentine Vice President Gabriela Michetti and members of civil society, her participation in the W20 Summit, and the launch of the "One Win Leads to Another" Project, together with officials from the Autonomous City of Buenos Aires.

The inauguration of the UN Women's Office and the launch of all these valuable initiatives are the result of two years of  work carried out by the Argentine Foreign Ministry to strengthen ties with key international players, such as the European Union, UNDP and UN Women.

The presence of this Office will benefit the Argentine society through internationally funded programmes for women's economic empowerment and the eradication of gender-based violence, especially femicide, its worst manifestation. The inauguration is a milestone which marks a new stage in terms of cooperation for the development of policies aimed at the defence of the rights of women and girls, and at strengthening ties with strategic partners.