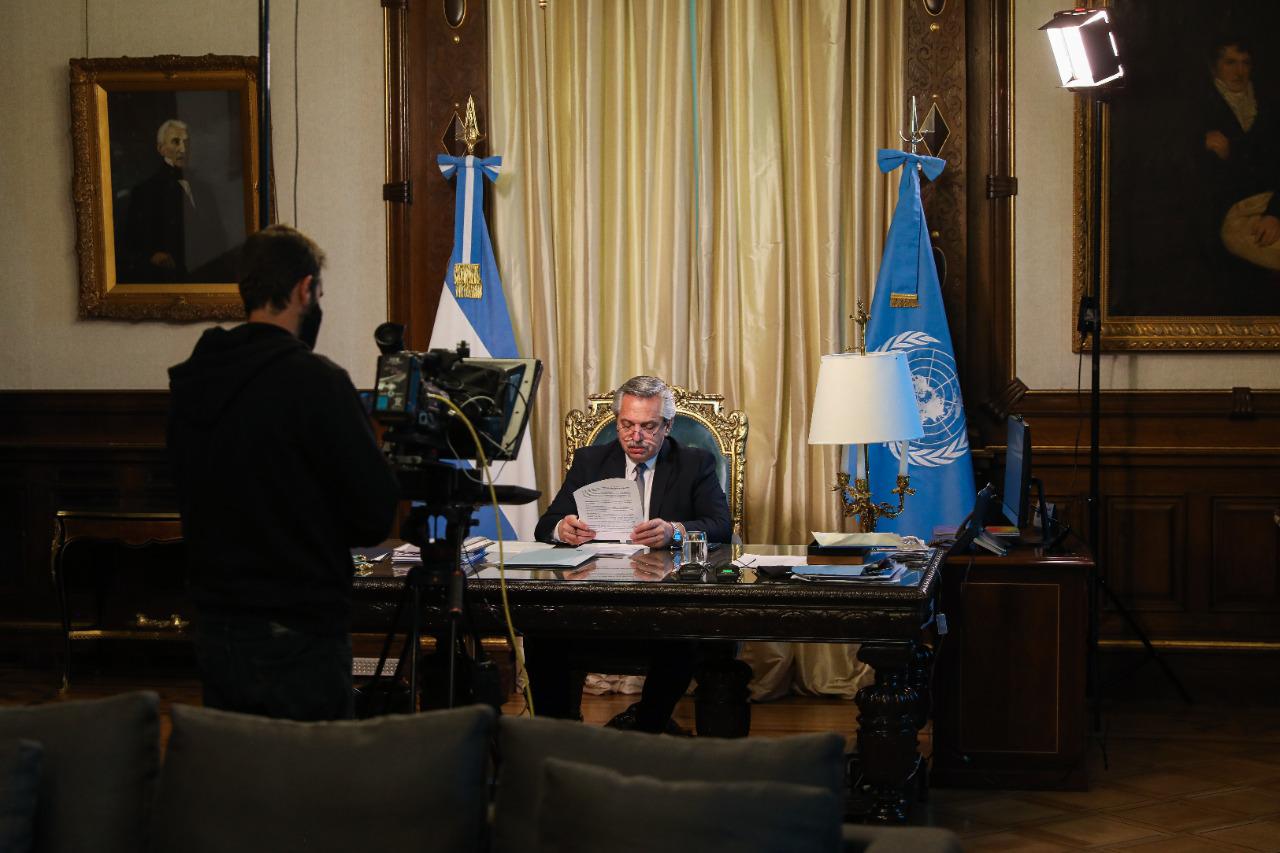 Watch VIDEO. In his first speech before the United Nations (UN) General Assembly, President Alberto Fernández reaffirmed the “legitimate and imprescriptible sovereign rights of Argentina over the Malvinas, South Georgia and South Sandwich Islands, and the surrounding maritime spaces”.

The Head of State recalled that this year will mark the 55th anniversary of Resolution 2065, the first one adopted by the UN on the Question of the Malvinas Islands which asked Argentina and the United Kingdom to hold negotiations that would allow reaching a peaceful and definitive solution to this sovereignty dispute.

“The United Kingdom persists in its attitude of ignoring the call to resume negotiations regarding the territorial dispute and has aggravated the controversy over calls for the illegal and unilateral exploitation of renewable and non-renewable natural resources in the area” Fernández added. He also stated that the UK “also insists on the excessive and unjustified military presence on the islands that does nothing more than bring tension to a region characterised by being a zone of peace and international cooperation”.

“We have requested the Secretary-General to renew his efforts in the Good Offices Mission entrusted to him by this organization. We trust that it can be of great assistance so that we can comply with the provisions of the international community”, said the President.

During his speech at the session that took place virtually on September 22, Fernández called for dialogue and cooperation between nations to overcome the global health and social crisis left by the pandemic, and stressed that “it is not time to globalize indifference but to globalize solidarity in multiple dimensions”.

The Secretary of the Malvinas, Antarctica and South Atlantic, Daniel Filmus, highlighted “the clarity and forcefulness” of the speech delivered by the Argentine president “in the sense that the claim over the Malvinas is a priority for his government and that it is essential to comply with UN resolutions, that for over half a century has stated that the United Kingdom has to sit down to dialogue with Argentina to settle the issue of the exercise of sovereignty”.

“It was an important and substantive message, which represents the sentiment of Argentines regarding the defense of sovereignty in different dimensions and the need to build a more equal world to leave behind very deep inequalities”, he said.