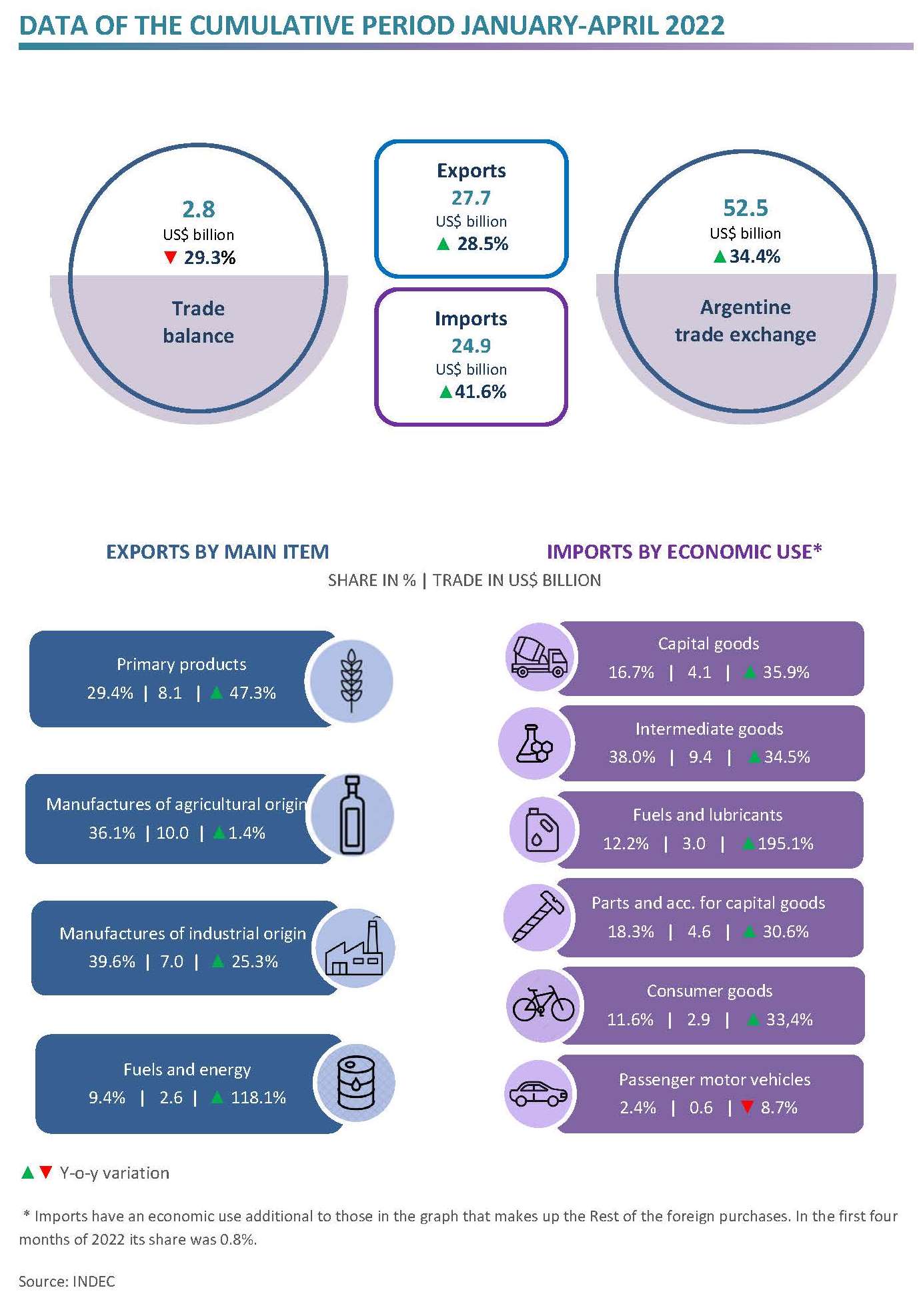 From January to April 2022, exports reached the highest historical amount for the first four months of a year.

• The trade balance achieved a surplus at US$ 2.8 billion, US$ 1.2 billion less than the positive result of January-April 2021, resulting from the greater pace of growth of imports than exports.

• In April, record levels of exports of primary products and manufactures of agricultural origin were reached, while manufactures of industrial origin hit their highest rate since 2013 for the same month.

• The three main partners, Brazil, China and the United States, absorbed as a whole 26.4% of the exports and supplied 51.5% of the imports in the first four-month period.