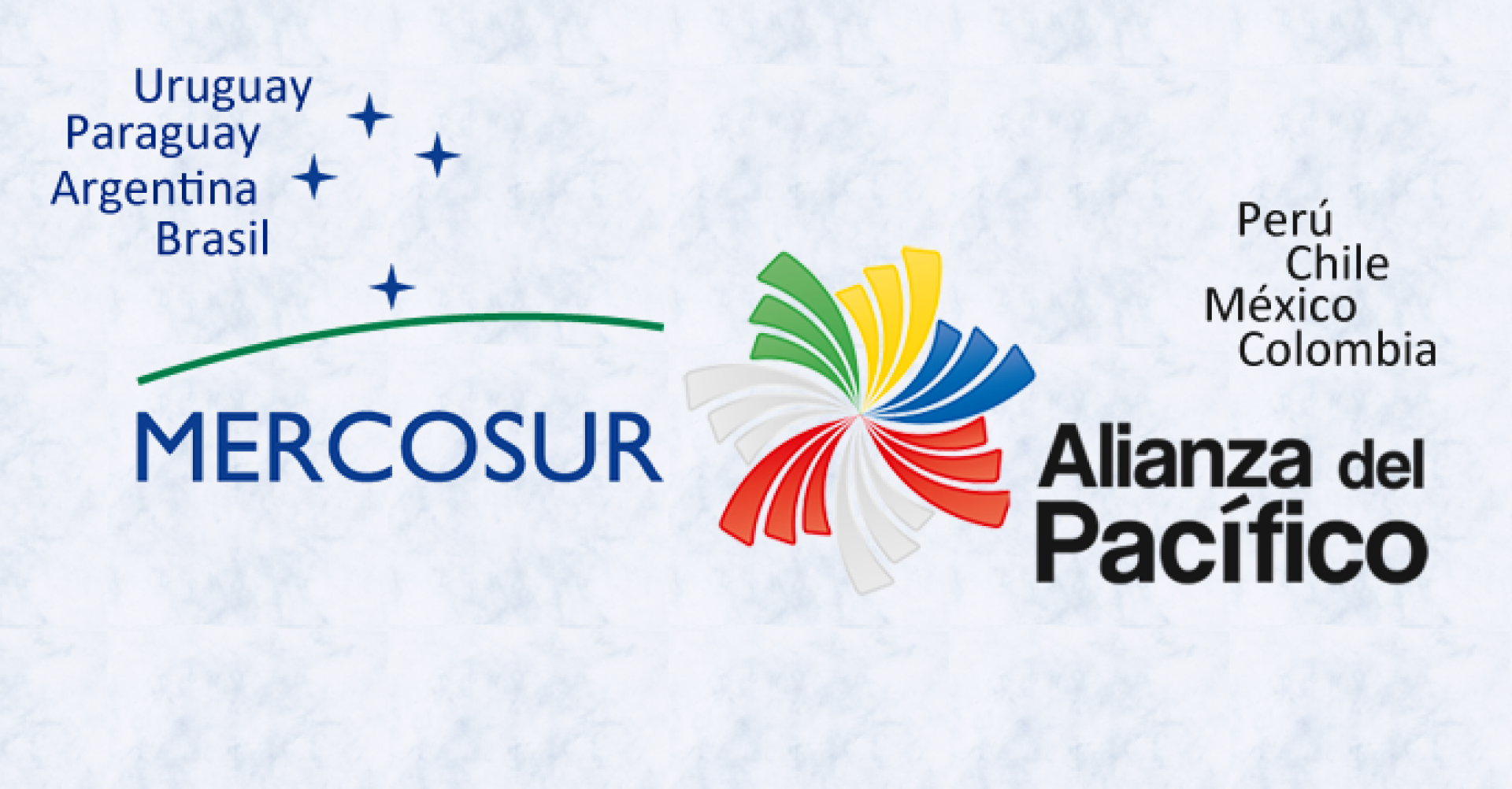 The MERCOSUR - Pacific Alliance dialogue has acquired renewed importance thanks to the political boost afforded to it by the Presidents, who are committed to promoting convergence between the two blocs. This commitment to convergence aims to increase bilateral exchanges, trade diversification and the strengthening of capacities to create regional value chains.

The countries of MERCOSUR and the Pacific Alliance have a market of approximately 500 million people, which accounts for 87% of the population of the countries of the Latin American Integration Association (ALADI in Spanish) and 6% of the world's population, 90% of ALADI's GDP (USD 4.2 billion) and 90% of the region's total exports to the world.

Because of their political, economic, trading, demographic and territorial importance, the countries of MERCOSUR and the Pacific Alliance have a responsibility towards their people as regards being catalysts of regional integration, as strengthened economic integration leads to a better quality of life, more jobs and more opportunities.

The search for common ground between two different integration projects like MERCOSUR and the Pacific Alliance is possible within the framework of ALADI, which brings together all the member countries of the two blocs. ALADI presents a flexible and pragmatic working framework, which will enable the development of a regional integration project within which the member countries have already entered into economic complementarity agreements and trade protocols.

As regards the links between the two blocs, in 2017, during the Argentine Presidency Pro Tempore, MERCOSUR sent a clear political message in favour of dialogue, as it held the 1st Ministerial Meeting that convened both the Foreign Ministers and the Ministers of Production and Trade of the eight countries (Buenos Aires, 7 April 2017). On such occasion, with a view to making dialogue more dynamic, a road map was created to define a working approach through specific activities on exchange and cooperation on several issues, such as regional value chains, trade facilitation, customs cooperation, trade promotion and SMEs, non-tariff barriers to trade and trade in services facilitation.

To date, several activities have been held on trade facilitation, customs cooperation and rules of origin and, in August 2017, a cooperation meeting was held at ALADI's headquarters between the Common Market Group of MERCOSUR and the High-Level Group of the Pacific Alliance, at which agreement was reached on additional actions for complying with the "Road Map," with a special focus on trade facilitation.

In addition, on 19 July 2017, the "MERCOSUR - Pacific Alliance: A Positive Agenda for Integration" Seminar was held within the framework of the MERCOSUR Summit in Mendoza, Argentina. The event, organized by the Argentine Foreign Ministry and the Institute for the Integration of Latin America and the Caribbean of the IADB, was held on the basis of a public-private dialogue that brought together high-level governmental authorities from the eight countries and distinguished representatives from the academic and business sectors. Within such framework, there was an exchange of views on the best instruments for strengthening regional value chains and experiences were shared on trade facilitation and exports promotion in the digital era, with a view to reducing trading costs and improving competitiveness.

The Seminar was attended, among others, by the Foreign Minister, Ambassador Jorge Faurie; the Governor of Mendoza, Alfredo Cornejo; the Minister of Production, Francisco Cabrera, and 45 experts from the entire region, who shared specific ideas for a positive agenda for the integration between MERCOSUR and the Pacific Alliance.

The central themes and highlights of the dialogue held within the framework of the Seminar can be found in the Record and Report of the Seminar, which are made available to the public so as to continue making progress towards establishing a positive agenda for integration between the two blocs.

Growing interest in the MERCOSUR - Pacific Alliance Dialogue can also be seen in several publications, such as the one presented on 21 March at ALADI's headquarters, “Convergence in diversity”, which featured articles by the five Foreign Ministers of the Southern Cone (Jorge Faurie, Aloysio Nunes, Heraldo Muñoz, Eladio Loizaga and Nin Novoa), among other public figures, and was published by the Ibero-American General Secretariat together with the Development Bank of Latin America and ALADI.